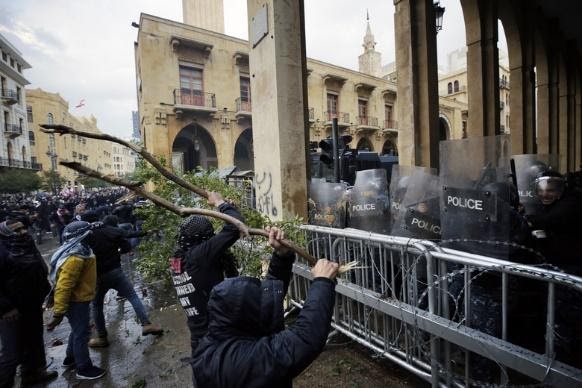 Look, seriously, I would love to get back to doing pieces on Navy shit and Nerdy shit, and Science Fiction.  But we’re still in lockdown, there are no movies being released, and everywhere I turn, there are fools, saying foolish shit, so here we are.

I’ve made no secret of the fact that once upon a time, I wore a badge for a while.   The Cop game has changed a little since I went through BLEA and WSCA, but not that much. So, let’s talk about copping, the good the bad and the ugly.

I hear a lot about variations on either “defund” the Police, or “abolish” the Police.  I read something the other day where some nimrod was claiming that Police were created as “slave catchers” in the old south…

Seriously, folks, this is the price you pay for having gotten rid of History and Civics in your schools.  I mean, What the Actual Fuck?  Police have been around, in one form or another since the Roman Empire.  Now in Rome, it was soldiers doing the job, and that’s a bad idea, cops regulate human behavior, the military kills people and blows shit up! Never the twain should meet.

Here’s the thing: In any given civilization, there is a small percentage of people that refuse to abide by the laws of society.  One way or another you either deal with that percentage as a civilization, or you will deal with them as individuals.  Now I’m fairly well equipped to do that, but most folks aren’t.  Unless you like the thought of living in Mogadishu, where might really does mean right, you need some sorts of cops… Hell even the ISIS boys have police, and you DO NOT want to go that route. (though it looks like Minneapolis and part of Seattle are going to give that a try…)

Look, let’s talk about real police reform.  First, let us look at the “Justice in Policing Act” proposed by the Democrats in congress.  Among the reforms are:

Requiring the use of de-escalation techniques;

Requiring the use of deadly force only as a last resort;

Requiring all federal police vehicles to have dashboard cameras;

Tasking the Government Accountability Office with launching an investigation into federal officers’ training, vehicle pursuits, and use of force;

Banning the use of chokeholds and similar tactics to restrain individuals they are detaining;

Requiring bias and “duty to intervene” training for all federal officers;

Banning the use of “no-knock” warrants in federal drug cases; and,

Changing federal personnel’s use of force standard from when it is “reasonable” to when it is “necessary to prevent death or serious bodily injury.”

This is a real mixed bag.  There are a few good ideas in there, and a whole mess of bad ones, so let’s take a look.

Cameras; for uniforms, I don’t have a problem with this, with the exception that it’s going to really fuck up the CI (confidential informant) game.  What rat is going to squeal when they know they’re on camera? For detectives, this is a bad idea, but they limited it to uniforms.  They did however add that all federal vehicles have them, and again, if it’s a detective vehicle, that’s pretty stupid.  Do you want to bust an undercover operation? Because that’s how you do it.

Requiring the use of de-escalation?  Excuse me? Isn’t that ALREADY required? It sure was where I wore a uniform.  What the fuck?

Requiring that “deadly force” be only a last resort??? UH, That’s been the standard for 40 years for fuck’s sake.

The GAO thing is showboating, pure, and simple.  It’s “let’s have a media circus, because election time is coming up, and if we can be holding hearings we look stateman like.”  Great sound and bluster, accomplishing nothing.

Banning the use of chokeholds? Well, I’m of mixed emotions on that.  The way that asshat in Minn. performed was a complete screwup.  But banning the tactic all together is either going to get cops killed, or jailed.

Requiring bias and “Duty to Intervene?”  YES.  Again, that’s already required in WA, what happened to the rest of the country?

No-Knocks?  Banning them goes too far.

Use of force change from “reasonable” to “necessary to prevent death or serious bodily injury”? Uh only if you want to let every criminal no matter what he did, or how violent he was getaway if he runs faster than the cop with 50 lbs of shit on.

First, abolish Law enforcement unions.  They once probably served a purpose, but their only reason to exist now is self-perpetuation, increasing their power, and protecting cops that frankly don’t deserve it.

That ass hat in Minn. had 20 violence charges in 19 years, and yet was a Field Training Officer for Gods’ sakes.  (it’s worth noting that the other three officers involved had less than a week on the streets, he was their FTO.  SO, while they should have stopped his ass, imagine telling your Drill Instructor that he shouldn’t mash that recruit when you are yourself a boot…Yeah, that shit doesn’t happen.  One of the kids reportedly told him he was going too far, only to be shouted down.)  Without unions you can fire the guy the minute he shows shitty judgment in the field, and you can tell the next agency WHY you fired him… That alone will get rid of most of your problems.

Second abolish the legal doctrine of Qualified Immunity.  The state should have no powers not invested in a private citizen, and the idea that a cop is above the law is ludicrous on its face.

Third, all uniformed officers will wear cameras at all times on duty, and if they are turning them off for ANY reason, they WILL be required to write a “Use of Force” statement on WHY.  Falsification or lack of candor will be a firing offense, and may also get you jail time.

Fifth, yes, by all means train in Duty to Intervene, you can use the Military “Legal Order” training as a model.

Sixth, limit severely the use of No knocks, require that only a limited number of judges be authorized to sign them, and the first time one is issued without reasonable cause, as determined in later trial, that JUDGE loses the authority to issue any warrant.

Let’s talk about the “use of force” for a second.  (this comes as point seven) I also have seen demands that the PD (especially here in the Pathetic North Wet) lose the use of impact weapons and chemical agents from their Use of Force…

You want more dead people? Hey! ASSHOLE! THIS IS HOW YOU GET MORE DEAD PEOPLE.

The use of force continuum is quite clear.

Now go up and read that part about when you can use Lethal Force again.  When all lesser means have failed or can not reasonably be employed.  Part of that means, if they’re coming at you with a knife, hey, lesser means can’t be reasonably employed… Dude wants to punch your ticket! That means you must punch his first or you’re “end of shift” is NOW.

But there’s another piece here.  If you take away #5,6, and 8, what is left?  You grab the guy, because he won’t stop beating the store clerk, he punches you, you punch back, and he looks at you and grins… well, in my day, you popped out your asp, and grinned back, or you broke out your pepper spray and grinned back.   Oh but we took those off your belt, didn’t we?  All you have left is a Taser and a gun.  If the Taser doesn’t work on the guy… Rodney King, paging Rodney King… well dogpiling the guy is out, impact is out, I guess you shoot his ass.  This, RIGHT HERE is why we need all the options possible.

Seventh, quit giving jobs to cops that are not their job!  There are SO many things that a cop is required to keep up on, from changes in the laws, and statutes (which in WA alone takes up a manual 7 inches thick in small print) to case law, to every open warrant and stolen car given out at lineup, the layout of his city (this alone can be a bitch if you aren’t blessed with living in a regular grid layout… In Bremerton, streets stop and start up again on the other side of parks or bodies of water, or some guys field that didn’t want to sell…)

So, with all that to keep straight and at the forefront of your mind, you also are supposed to be a mental health worker, a social worker, a substance abuse counselor, and the list goes on.

Eighth, severely limit the amount of military gear the cops get.  The military ain’t the cops and vice versa. I understand and embrace that there’s a time for Military gear and tactics, but in the ten years I was on the force, I only saw one. (hostage situation by a trained soldier who had tripped offline and was fully equipped.)  Every agency thinks they have to be prepared for the Hollywood bank robbery shoot out.  County agencies should have one group that they can get on scene in fifteen minutes, and other than that, unless you’re a BIG city, you just don’t need that sort of shit. If you have it, you will get the urge to use it.

Ninth, go back to beat cops.  This is what is meant by the “Community Policing Strategy” aka COPS.  Have the same guy on the same two-mile square beat, every day, get him to know the people, and vice versa.  That right there is HUGE.

Tenth, do away with Plea Bargains. When 97% of Federal Cases and 85-95% of are pled out, the Prosecutors are NOT doing their job, they’re campaigning for reelection.  Prosecutors run on conviction rates, and sadly your average voter doesn’t see any further than “I have a 98% conviction rate, I’m tough on crime, re-elect me!”

The truth is: that rate is achieved by “catching a frequent flyer a block from a house, 3 minutes after the alarm goes off, with burglary tools that match the signs of forced entry exactly, and items in his possession that were stolen from the house, and plea bargaining down from Burglary 1 (class A felony) to Possession of Stolen Goods (gross misdemeanor).”  But then finding some guy that’s NEVER been in the system, and threatening him with two years behind bars because his dog got out and scared the neighbor…

This whole thing makes the system what it is.  The guys that are in and out so often they know all the jail staff by first name play the game and are again in and out, and the guy that has NOT been institutionalized gets screwed.  It colors the perceptions of everyone in the system, and not in good ways.  It’s got to go.  Write a Reasonable Charge, and take it to trial.  That will mean you’ll need more judges, but so be it.

Well this has gotten stupidly long, and I haven’t even touched on the idiots that have declared an “Autonomous Zone” in the Capitol Hill District of Seattle, so I’ll leave that for another day. Keep your head on a swivel, it’s stupid out, and the stupid don’t look to end soon.