Please, Let’s Not Relive the 60s 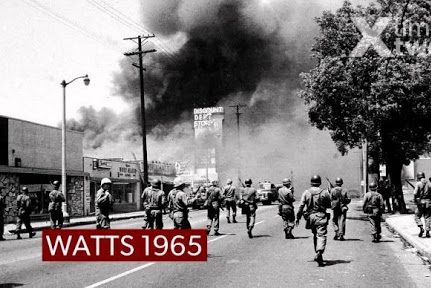 Welcome back to the scuttlebutt, let’s have a full and frank discussion (that’s politically correct speak for “This is bullshit, and we’re going to have it out, right now.”)

I lived through the 60s once, I have no desire to do that shit again, so let’s have a little sanity here people.

Look there were a few awesome things about the 60s, Manned space flight became a real thing, and we are redoing that too, way to go and a sincere tip of the hat to Elon Musk. If life had been different this entire post would be about our return to space under our own power… But, it’s not different, sadly.

So, we need to talk about the elephant in the room.  What happened to George Floyd was murder.  Of this, there can be almost no doubt.  But here’s the thing, Derek Chauvin needs to have his day in court.  Frankly, based on his disciplinary record he should have been in court a long time ago. 20 Use of force investigations in less than 20 years??? No one in the agencies I worked for would have survived that sort of crap, they would have been rentacops for Walmart, not officers of the law.

The thing is this: the more bullshit that goes down, the more likely he is to get off on a technicality due to a tainted jury.  No one wants that.  He needs a trial, and unless there’s some sort of amazing unknown facts that make what happened not what we’ve all seen, he should be convicted not of “murder three” but “murder one under the color of authority” and then given the chair.  It’s a funny thing that most of this sort of shit goes down in bastions of liberalism, isn’t it?

Minneapolis.  The Proud Home of Hubert Humphrey, Walter Mondale, and Paul Wellstone… (Humphrey, here we are with the 60s again damn it!)  This is supposed to be one of the most “woke” cities in the nation… Or not.  There is one thing though, we don’t know that this was racist.  Oh, we’ve been told, well screamed at really, that this was RAACCCISSST!!!! But I haven’t seen any underlying support for it.

No evidence that this piece of shit with a badge was racist in any way.  Thug? Yup.  Racist? Unproven at this point.  Hell looking at the footage, and how one of his fellow cops very carefully parked his squad car in front of the only public camera in the area, it could very well be a very personal murder, with three of his buddies there to provide coverage… we know that Chauvin and Floyd worked together, Chauvin moonlighted as security at the same bar where Floyd worked.  This wouldn’t be the first time that workplace hatreds led to a killing.  If I was a prosecutor that’s surely an angle I would investigate.

I am completely surprised that they only went for Murder 3… And just a little suspicious. Frankly, if there are 4 bad cops in a precinct, and there demonstrably are here, (bad cops at best, accomplices to murder quite possibly) the whole precinct is probably rotten.  Bad cops tend to drive out good ones.

We keep hearing that this is all about race, and the badge’s hate for black men… yet rioters killed Officers David Dorn and Patrick Underwood. One a federal cop, the other a Las Vegas officer, both black men.  It seems that the rioters hate badges enough to not see the color behind the badge… Yet they can’t conceive that the badge doesn’t see color.

I read something the other day that suggested that this sort of problem was only in Cities that have Leftist Democrat Mayors… So, I did a deep dive on the subject. Turns out, that’s not QUITE true.  Of the largest 27 cities by population 20 of them were run by Democrats and one more by an “independent that was supported by the Democratic party.  All 27 had riots over the last several days with the implied looting and burning. The 28th Fresno didn’t have any rioting, Republican mayor, the 29th Sacramento Democrat did, the 30th Mesa Republican no, and so it goes until you hit Omaha which has a Republican mayor but did see rioting (mild but existent) and Miami, Republican with riots.  In general, if you’re a REALY big city, you have riots no matter who is running the show, if you’re not in the top 25, in general, if you have a Republican running the show, no riots if you have a Democrat you got riots.  Miami being the odd man out… I suppose something could be made of this, but my big take would be big cities, and the issues that they create are the problem… Your Mileage May Vary.

The next point of 60s convergence with the whole race issue is the calling (threatened) out of the Military via the “Insurrection Act.”  It’s funny, my friends who are leftists were screaming a few days ago, that “TRUMP isn’t doing anything, damn it!”  So, as if he heard, Trump made a speech and threw down the gauntlet.  Immediately, as if powered by clockwork, the narrative changed to “Trump the racist, Trump hates blacks, Trump the dictator!”  In Nerdom (totally a word) this is known as the “Kobayashi Maru” a no-win scenario.   I’ve been told that he said all sorts of horrible racist things… and yet, when I look at the transcript, I see:

Yours in service.  Until next time I remain,