Please, Allow Me to Rhapsodize! 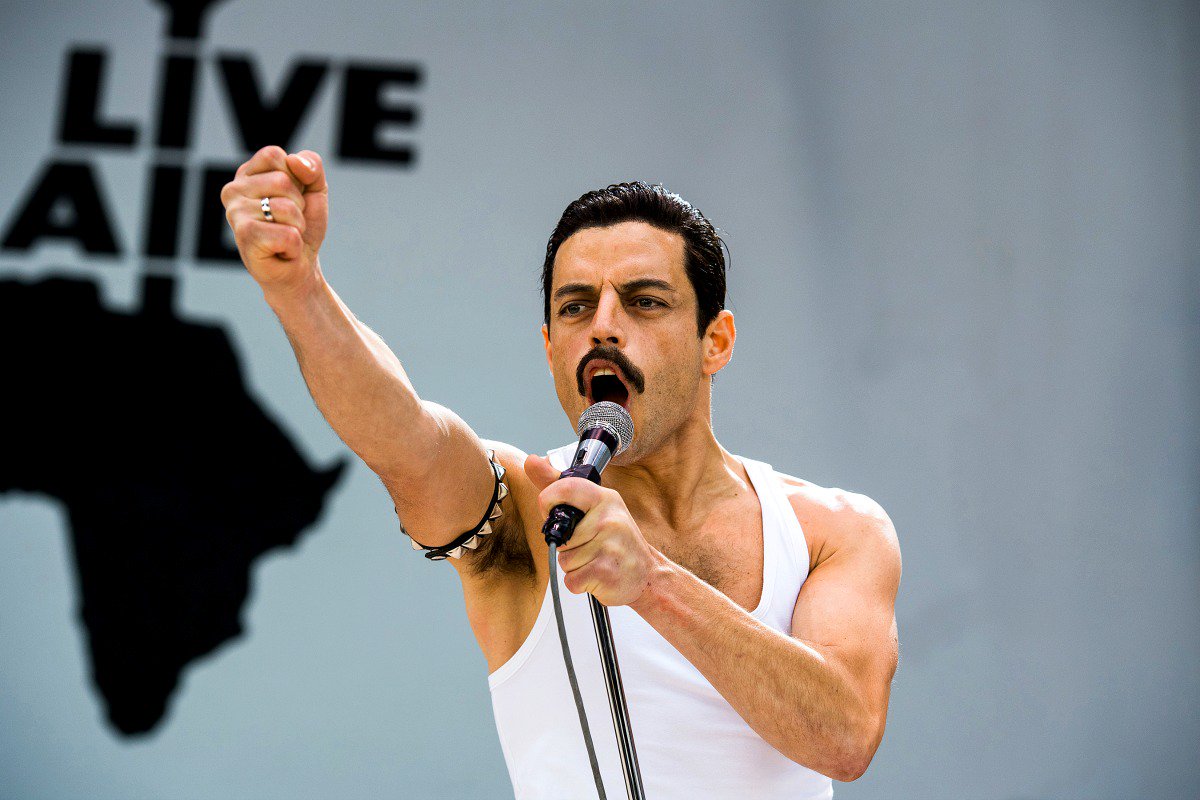 Welcome back to the Scuttlebutt. Have a beer, let’s talk.

So many targets, so little time. Gosh, there’s a lot of things we could talk about this week, on the political front, on the Naval front (Norway lost a Destroyer to a collision in port for one) and so on…

But let me instead do a movie review.  Why? Because, while it isn’t the sort of movie I normally review here, it was way worth seeing.  I’m talking about Bohemian Rhapsody if you haven’t already figured that out.

The movie rocked (pardon the pun). Oh, there were a few issues, we’ll get to those, but if you like the music of Queen, (and if you don’t, well, there’s something wrong with you) there are way worse ways to spend an evening.

The guy they got to play Freddie must have spent weeks studying how he moved because while he didn’t look as much like him as he could have, he NAILED the moves.

I spent my teens and twenties during the era of Queen, and though I wasn’t really a hard corps rocker (yes, I was a country boy, sigh, get over it.)  you just could not fail to enjoy their music. I remember the videos of that era, and I really like the way the first part of the film looked and felt so much like it was shot in the late 70s.  The feeling and the sound was perfect.

Here’s my biggest complaint.  They made a huge thing in the movie about how Freddie was a Zoroastrian and was harassed as a “Paki”.  They made that a MAJOR theme of the movie, especially the “I’m not a Paki, I’m Zoroastrian”. First, at least to me, and those I’ve asked, Paki is a nation, not a religion, Zoroastrian is a religion, not a nation.  Second, no one knew or gave a rat’s ass. I work with a couple of guys that are hard corps music fans, they can tell you who played bass as the stand-in when Cream’s bassist got sick for one gig or who Lester Scruggs second back up was… I mean these guys are as into it as any sports nut you can find.  They had no idea about this thing that the movie made so much of. Further, no one CARED!

He was British.  No one cared. Eventually, it came out that he was Gay, NO ONE CARED.  (OK the press cared, the super puritans cared, but mostly, no one cared.) I mean, the name of the band is QUEEN, who the fuck is surprised here?  Look I was on submarines when he “came out”. Submariners in that era were about as “Anti Queer” a group of people as you’re liable to find, short of Oral Roberts University.  We couldn’t give a shit less. Sort of like when Elton John came out… (again, who the fuck was surprised?)

Now they did that well in the movie, the whole exposition that he was gay, and the press having a hay day with it.  A rough quote from one of the band, “Don’t worry about it, it’s America, they’re puritans in public and pervs in private”. (more truth than fiction there as is proved by the number of preachers that end up in sex scandals).

The movie gave Freddie no breaks, it showed all his weaknesses, his insecurities, the way he got played by a couple dirtbags… But it also showed his genius, his talent, and his heart.

The cinematography changed with the years and maintained the feeling of the era well, and the sound, well, if you don’t have a Dolby 4.5 sound system in your house, you’re truly going to miss a wonderful experience by not seeing this in a theater with a good sound system.

I saw where a couple of reviewers are disrespecting Freddie because “he didn’t do nearly enough for the “Gay community”, and he wasn’t that great of a musician…”

To those folks, I will say: listen up, you dumb sonofabitch! The biggest thing you could do for the “Gay community” is to make being Gay irrelevant to being a person.  To make it just not matter. When it’s not a thing that anyone cares about anymore, it will no longer be a thing that people get persecuted over.

Freddie did more to make being gay not matter than all the marches, all the “we’re here and we’re queer” assholes with megaphones on the street corner will ever do.  You make being the “odd” not matter by making it not odd, not by making it MORE odd. You owe Freddie, and those like him that just do what they do, and state their sexual choice if asked but don’t make it all about their sexual choice, for everything you have gained.

So, hey, go, catch a flick, get your mind off the dumpster fire that is politics these days, for at least a little bit.