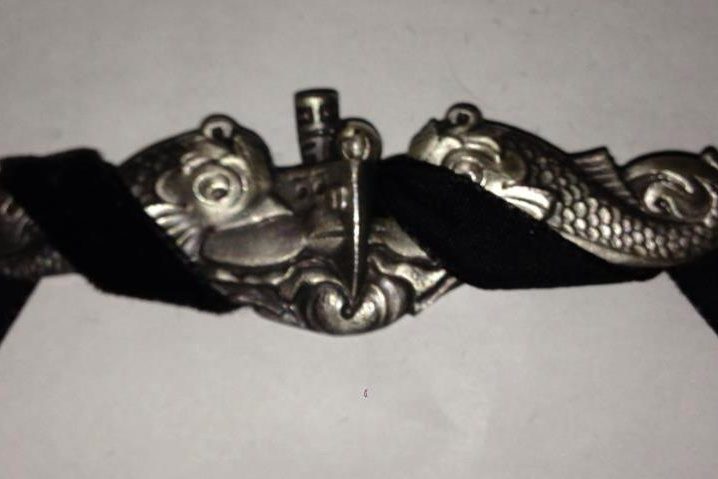 It’s going to be a difficult discussion, so let’s just get it over with.

At the end of the week last week, after press time for this blog, we had a pair of shooting events in quick succession at Naval bases.  This will be the after-action report on what we know to date, and the “hot wash” of those events.

If this is your first “after-action report” they usually (at least in the military) take the form of “Plusses, Deltas, and Actions” also known as “The Good, The Bad, and The Ugly”.  So, let’s get this done:

We don’t know why the shooter swallowed his pistol, maybe he saw what he had done, had a moment of clarity, and realized that he had committed the unthinkable act of fratricide. (or Blue on Blue as it’s also known.)

Maybe violence wasn’t real to him until he saw someone die in front of him, and that forced him back to a moment of lucidity.

Or maybe, like so many shooters before him, he heard the sirens, and folded like a cheap chair, I don’t know.

Honestly, I don’t care.  I’m glad the bastard is dead.  I’ve heard all sorts of “oh, he needed mental help, we should have done more for him, bla, bla, bla… BULLSHIT.  A man who will kill his fellows, and make no mistake, the civilians he killed are part of the same team, deserves nothing but our contempt.

“He was sick” yeah? No shit.  Someone who would kill people for no reason is not well.

The two that failed underway had complete breakdowns, one went comatose, and wound up in a full fetal position, rocking and non-responsive, the other one tried to dig his way out of the boat with a BFW (big fucking wrench) while we were in a place where that was a “Really Bad Thing”™.  The kid that lost it in port, slit his wrists. He needed our help, and to our shame, we didn’t give it to him. This mutt? No, he didn’t need our help, he needed to be put away.

The second guy, in Pensacola, the response time was a little longer, but it’s a big base.  It was still a pretty good response time, (no, I can’t find the actual response time) but this we know, he died in a shootout with the cops, and if they weren’t there, more people would have been shot.

Squadron SOP at least used to be: “if you’ve put someone up for Captain’s Mast, you take him off the Firearms Authorization List, until you’re certain he’s stable. (FAILURE to follow this caused two dead shipyard workers and a suicided sailor)

SOP also used to be “if we think you’re unstable or have anger issues, we’re taking you off the FAL until we’re sure you’re good.”  How do I know that? I was on the receiving end of this once:

Some of my shipmate’s wives wrote to the command that my wife at the time was in the sack with every Tom whose Dick was Harry, while my two-year-old daughter was asleep in the next room, and they feared I would “kill the bitch.”  I was not allowed to leave the boat for 24 hours after we pulled in, and I was taken off the FAL. (which was stupid, I had nearly as many firearms in my house as the arms locker had… If I had wanted to shoot her, I wouldn’t have needed an issue weapon.)  After 24 hours, I told the XO that if he did not let me leave the boat, he better charge me with something, or I was going to have JAG down here for false imprisonment toot sweet. He then tried to order me not to go to my house… (I lived off base) This involved further discussion on “what is a lawful order”, and finally, he saw the error of his ways. (Revenge is sweet, he later got relieved for cause, and told to retire).

The fact that this guy had been ordered to anger management counseling should have been an automatic Firearm disqual until evaluated.

Now it’s worth noting that while it’s being looked at as an “act of terrorism”, Thursday (the day before he goes postal) is the day that they wash people out of the program… No one has talked about this, I don’t know if he was in the shits academically, but if he was, that would explain much.  I’ve seen Saudi Military when they were told “you failed” or “You aren’t allowed to do that” or other variations on this theme. You want to talk about some spoiled brats? Oh My Gods… You need to bear in mind that the Saudi military is made up of members of “the royalty” Of course half the nation are members of the royalty, and the general attitude of the Saudi people is “we don’t do manual work, we hire menials for that.” (where menial can be also translated as slave).

In the three years since, guess how many bases have decided to let their troops carry?  If you guessed ZERO, you’re right. Why? Because the reg said that “Base commanders MAY authorize individuals to carry on base, for 90 days at a time…” and it was also made clear to the base commanders that if anyone that they authorized to carry shot someone, the commander better be putting in his or her retirement papers, because they were toast.

Sadly, in this day and age, you don’t get to be a base commander if you’re not political.  Political officers don’t risk their career and future stars on anything they don’t have to.

The likelihood that you will have a shooting on base that a troop could have stopped by being in the right place at the right time is small… There just aren’t that many shootings on bases.

I generally end this discussion with some form of “Keep your head on a swivel” comment, things like last week are why.  Stay safe out there, people.