One Size Fits None 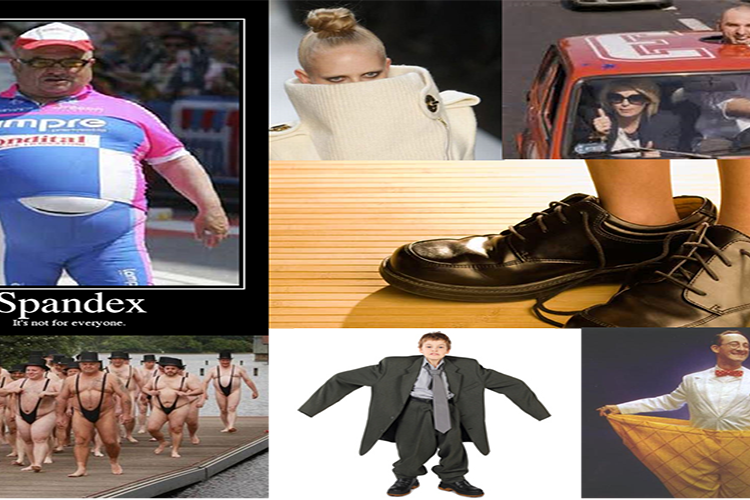 If you’ve ever been to boot camp, you know the truth of this.  The Military has two sizes: too big, and too small, or at least that what it felt like going through issue, and basically right up until I was senior enough to argue with the supply clerk chief (who usually didn’t speak much English, being from the PI)

Well, that was the first time I really had my nose rubbed in the fact that stuff made to try and fit “everyone” ended up fitting no one.  And so it is today with the things I’m going to talk about.  Specifically, we’re going to discuss masks and WA v Blake decision.

I have a few webcomics that I read fairly religiously, and they span the spectrum from ultra-conservative to real damn liberal.  Both ends of the spectrum occasionally go off the deep end into la-la land, but usually not so far as to give them a mention here.  This week broke that rule.  One of the comics is done by a woman I’ll just identify as Jennie.  She’s a city girl through and through, and it shows in her takes on life the universe, and everything, but I follow her work anyway because 1) it’s usually funny, and 2) a lot of it is SF&F geekery, which is right in my wheelhouse.

Earlier this week though I had to shake my damn head, and laugh, not with her, but at her.  She did a piece on how horrible it was that people in Idaho were having mask burning parties as if that endangered her Portlandia ability to get out of this silly COVID scare crap, and her last frame shows her character (it’s supposed to be her) with a spiked ball-bat ala Negan from “The Walking Dead” or “Inglorious Bastards,” threatening this stereotyped mouth breather while demanding that he put his mask back on before she kills him.

Of course, there’s a couple of problems with this:

First off, what works for (fits) Idaho, doesn’t fit inner-city Portland, and vice-versa.  I’ve been to both fairly recently and they’re as different as LA from the hills of the Ozarks (to slide in another TV reference.) In Portlandia, it’s fairly reasonable to stay masked, because the population level, the homeless level, and the basic health issues of that hell-hole suggest that masks are the MINIMUM you would want to wear, and body condoms are probably not completely unreasonable.

Secondly and more obviously to the folks from the Idaho area, cocking back with a ball bat studded with 16 penny spikes is not the last thing you want to do in Idaho, it’s the last thing you’ll EVER do in Idaho or anywhere else this side of the veil.  What I am saying is that behavior like that will get you shot, repeatedly, until you cease offensive action.  (Most likely because significant parts of your little liberal heart are splattered all over the countryside.) If the guy you’re threatening with the bat isn’t packing, damn sure someone within sight is, and that person is going to take a real dim view of your assault with a deadly weapon, resulting in them firing two (or more) rounds center of mass shooting to stop, as is authorized to save their life or the life of another.

This is true for just about anything you want to discuss.  It’s a big part of why most governmental decisions were designed by the constitution to be made at the lowest possible level.  Because even back in 1778 they knew that the folks from NYC or Philly know absolutely zip point shit about how someone from South Carolina or Kentucky on the frontier should live their lives, and of course vice versa.  Look, I don’t understand the pull of the big city, never did, don’t want to.  But I do know that it requires a different lifestyle than living in semi-rural Kitsap, or, where I would rather be if work didn’t govern, someplace where I could fire off a rifle in any given direction and hit nothing but hills, trees, and animals.  Cities, to me, are a somewhat necessary evil that you go to only to get stuff you can’t get any other way (like oh say a live performance or a museum.)  You go in, you do what you came to do, and you leave, sort of like a toilet, and for the same reason.

This is also why having cities decide gun laws, or who should be president, without input from the rural areas is not just bound to fail, it’s stupid.  Yes, I mean bound to fail.  Cities have much of the people, rural areas have all of the food growing stuff, and most of the guns, as well as a LOT of area to hide in.  Do the math, sparky.  The only way you win that fight will ensure that in the end, you not only lose it, but you also lose everything.  Go ask Zimbabwe.

Ok, now I have one other piece of business to discuss, that’s sort of along the same line of “One size fits none,” or if you would rather, “Bad Decisions.”

There was a recent case before the Washington State Supreme Court called Washington State V Blake (Shannon B) you can find it here: https://www.courts.wa.gov/opinions/pdf/968730.pdf  Now first off the excuse that Blake gives for why she was found in a house the police were serving a warrant on, (stolen vehicles) with an ounce of Methamphetamine in her pocket, was frankly ludicrous. “These are my girlfriend’s jeans; I didn’t know the drugs were there.”  Oh, my fucking Gods, REALLY? That may be the oldest excuse on the planet.  You didn’t notice that fucking ROCK in the front coin pocket???  Now of course her boyfriend swears up and down on a stack of bibles that “Shannon is a good girl, she never does drugs…”

As a result, she appealed it all the way to the WA SC on constitutional grounds, and in a 65-page decision, the WA Supreme Court decided that the law was completely unconstitutional, and struck it down.  They have had cases involving this law before and had never gone this draconian, but it seems they’ve decided that they can read the minds of the legislature “CONSTITUTIONAL AVOIDANCE IS IMPOSSIBLE BECAUSE THE LEGISLATURE CLEARLY INTENDED TO OMIT A MENS REA ELEMENT FROM THIS STATUTE” emphasis theirs.

So now our SC is a bunch of mind readers.  It seems that “well we created a defense of “I didn’t know” twenty years ago, and you didn’t do anything to fix this, so obviously you wanted it to stand whether the possessor knew or not” is the basis of their argument.

“So why are you making such a big deal out of this?” you ask?

Well, because this law has been on the books since 1971.  In that time there have been thousands of people busted on it.  I will tell you as a former cop if we stopped you for something else, and when we searched you, we found drugs (let me make one thing clear, our standard was “if it’s grass, dump it down the sewer, break the pipe if you find one, and let it go.”  However, for Meth, Heroin, etc, yeah, you’re in the shits pal.) that was automatically written up as well, and that’s a class C felony.

So, there are thousands of people in WA, either serving time, have served time, or were fined out the ass, for violation of a law, that is suddenly “not a law.”  The court could have chosen some more reasonable remedy, but instead, these IDIOTS decided to declare the law, that THEY have found people guilty of many times over the last forty years, to have been unconstitutional.

That means not only is it not now a law (yes, you can now possess, no matter your age, any amount up to “possession with intent to distribute” any formerly illegal drug known to man) in the state of WA.  But that’s not really the bad part.  Every sorry asshole currently in the lockup that was charged with possession in addition to whatever else is now going to demand to go back to court for resentencing, and everyone who was ever charged with this offense is going to be suing the state or municipality for their money, cost of the court, cost of their defense, pain, and suffering, and the violation of their civil rights… Best estimates are this is going to cost the state north (probably WELL north) of $100 MILLION dollars.

This may be the biggest legal clusterfuck in state history.  BRAVO dumb-shits.  I can’t wait to get out of this state.

Stay safe, the stupid is getting serious.