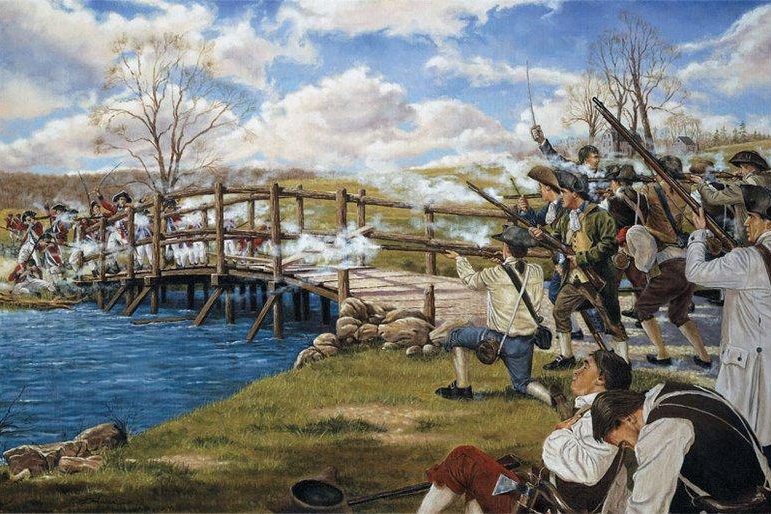 Welcome back.  I don’t know if this is going to be run as a special, or as my normal weekly column, but I felt this was important enough to share with you all.

I originally created this as an answer to a comment on my Facebook page. It however is liable to get lost there, in the shuffle, and I think it’s important enough to get a full post.

I have said that if the government, or any other “they” were to come and take my lawfully possessed firearms, I would fight, and probably die, but I would take along an honor guard.

It was suggested that “make them all die, don’t die yourself.”

Understand that if the full weight of government is brought to bear against a single individual, the individual WILL lose. Once government stakes its credibility on taking down a “bad guy”, whether they are bad or not, government MUST win, or show itself to have no credibility or power. (thus, creating the very revolution it desires to avoid.)

The thing is, when government does that (wins by use of overwhelming force) if the win was Pyrrhic, (look it up, it’s good for you) and if the “bad guy” turns out to not have been a bad guy after all, government loses the bigger fight, the fight to maintain itself as a legitimate force for good.

This is an equation which must be considered at all levels of government, from parents disciplining their children, to nation states.

If as a parent, you have a child violating “the law”, you have to weigh “is this fight worth taking to the end”. If the violation is something fundamental, like oh say stealing your jewelry and selling it, then the answer is probably yes. If it’s “no snacks before meals”, well, maybe not.

What do I mean by “taking it to the end? I mean throwing the kid out of the house, or having him or her arrested, or some equally final action.

Now, let’s take this a step further. Let’s say you THINK they stole something, take the fight to the wall, maybe win, (for values of winning, they accept the punishment after a huge and epic fight, or you kick them out of the house…) and then you find your missing item, where you misplaced it. What sort of credibility do you have with the other kids in the house at this point?

You just made damn sure that everything you say will be questioned, and you will face this battle again and again. In reality, you have lost the war, the one you didn’t even know you were fighting. If the kid hadn’t fought back (denial, explanation etc) you could have recovered from this screw up, even though you wronged the kid.

Now, let’s take it to the other end of the spectrum. (while remembering that in between lies things like, oh say for instance boss/employee etc… through local and state government/citizen)

The Federal government of a nation decides that someone in it violated the law, and so, they come to arrest them… David Koresh comes to mind.

Well the State won, but at the cost of losing a bit of credibility. At some point, they do this enough to lose ALL credibility, and so groups of people start to talk about whether or not the state is legitimate. And at that point, the state cracks down harder, or backs the fuck up.

If it cracks down harder you get either Tiananmen Square, or Lexington and Concord. One of those options takes the gloves off and defines the government as a totalitarian regime, (at which case either the rest of the nation folds or you wind up with the same result as in the second possibility) the other option starts the Civil war/revolution (which one, is determined by the winner. If it’s the state, then it was a civil war…).

This is why it is important to fight when the state is wrong, even if you inevitably lose. You MUST make sure that you are RIGHT before starting such a fight, but if you’re right, and the state is wrong, you must fight. If you don’t, then wrong wins, and it’s that much harder to fight the next wrong. The state now has inertia on its side. which is how a state slowly slides into tyranny.

Often tyranny is not an overnight thing (yes, sometimes it is, looking at you Castro, Stalin, etc.) it’s a thousand little things that no one kicked about, because it wasn’t important enough to fight over. It becomes easier and easier for the state to “just make them do it, it’s for their own good.” Which is how you get George III, or Venezuela. I don’t think either one started out to be a tyranny, but that’s how it ended.

If the state were to decide to violate its own rules and start firearms confiscation, people would die. Citizens, myself included would die, fighting an illegal act. Or maybe they would be smarter than they were when they went after that nut Koresh, and take people where they didn’t have a chance to defend themselves… Of course, then you have trials, (a different kind of fight) and those just might go against the state…

Either way, eventually, this action would reach critical mass, and the people would either fold, (in which case, in the words of S. Adams “Crouch down and lick the hands which feed you. May your chains set lightly upon you, and may posterity forget that you were our countrymen”) or we would rise up and recreate the nation we had originally, that morphed into something else.

Understand that no one wants a revolution.  At least no one with a brain. However unquestioning compliance with illegal and wrong acts brings one closer to a revolution, not further away. It gives the state no warning that “you are standing into danger, check your course”.  It leads the state to believe that it’s acts are right and proper and reduces the chance that someone in charge will examine the acts of their employees and say “you fucked up, pack your shit.” while there is still time to change.

Let’s look at poor insane ol’ George III for example.  He had plenty of warning that he was messing up. Hell, he even had people within his government tell him he was screwing up.  (they ended up in prison or dead). Still, he persisted. Smarter men though, saw the writing on the wall over the centuries and backed down.  Yes even our own government, in the 60’s looked at what was being done to the black man, and backed the truck up. It took Martin, and Chuck Hesston, and many more like them, but our government listened, and we dodged a revolution.

A similar example can be made on the repeal of the 18th amendment.  The government passed a BAD law, the people blatantly ignored it, many of them fought it out with guns, an entire new class of criminal was created, the Mafia was given power and money that it still to this day has, and in the end, the government (which is to say the people, some of them the same ones that originally pushed for it) backed down and repealed the amendment.  We ducked a revolution.

Let’s pray it doesn’t get to that over Firearms.