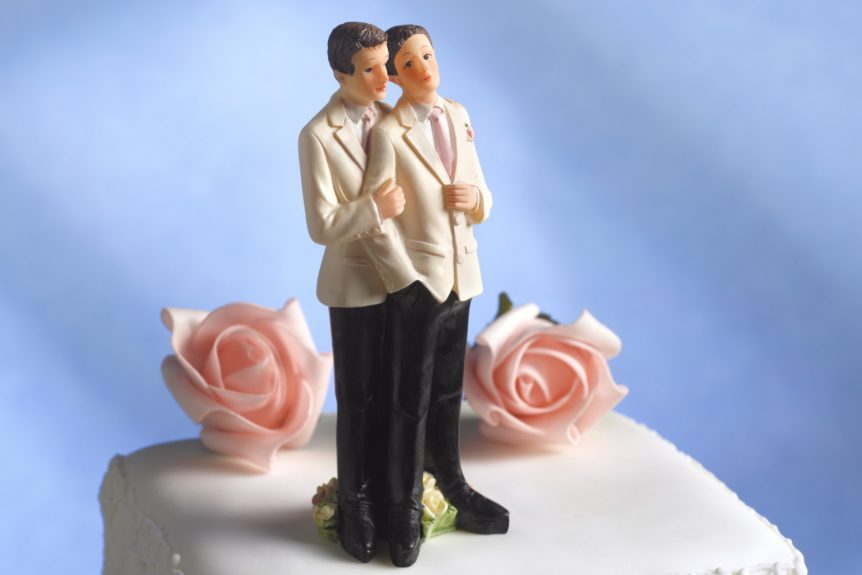 Welcome back to the Scuttlebutt. Pull up a chair.  You’ll pardon me if I don’t get off my butt, I dislocated my ankle this morning, and well, they can’t fix the damn pavement where I work soon enough for me or any of the rest of us that have suffered strains, sprains etc.

Today, we’re going to discuss double standards, because there’s been a couple of wonderful examples in the last few days.

First let’s touch on Masterpiece Cakeshop, Ltd. v. Colorado Civil Rights Commission.  There’s a lot of cursing at the left-wing papers from the right for their headline “narrow decision” and a lot of cursing from the left on the decision in the first place.  Let me weigh in here:

Narrow in legalese doesn’t mean what you seem to think it means.  You can have a 9-0 verdict with a narrow decision, fool. What Narrow means, in legalese, is “Not broad and sweeping, establishing new case law that affects everything in the land.”

The decision rested not on “did the Masterpiece Cakeshop discriminate against gays, by refusing to do work for them?” but rather; “did the Colorado Civil Rights Commission (CCRC) discriminate against Christians with their ruling?”  See the trouble is that the case wasn’t a “clean” “does an artist have a right to refuse to work for someone they don’t support?” case. That’s because the CCRC made it clear to 7 of the 9 justices that they had a huge issue with Christianity, and the exercise of that faith, as it pertains to everyday life.

The bigger question of “does an artist have to make something they don’t approve of, because you ask them to?” will have to wait for another day.  This is typical of the SCOTUS. Justices really hate to lay down broad decisions if they can avoid it. I expect that there will be several more cases before they lay down something about this as broad as, oh say “Heller” or “McDonald”, on this, and when they do, if there isn’t a change in the court (like say that old hag RGB dying) I would bet that it’s a much narrower margin decision.

Still, let’s think about this for a second… The LGBT and whatever other letters are there this week crowd, states that: “you should have to make me what I want, because you’re a public store.”  OK I understand why you would think that, after all, that’s what the Montgomery AL lunch counter thing was all about, right?

Well, not so fast there Sparky.

Let’s instead look at something closer to apples to apples.

What if, at some Gay owned Bakery 50 miles from where the birthday party is to be held, the congregation of the Westboro Baptist Church demanded a birthday cake for Fred Phelps with the writing “God loves you as much as he hates fags”?  What do you think now?

Or maybe a Jewish couple demanding that a devout Muslim dress designer make a dress for a Bat mitzvah, with the slogan “Jerusalem is the capital of Israel” sewn into it???

Still see it as the same as being allowed to eat at the lunch counter, instead of in the “dark section”?

If you don’t understand the difference between “No gays served here.” and “No, I won’t make a special cake for that.” you are an idiot.

While we are on the subject of differences, that Putz John M Crisp wrote an editorial which crossed my desk today, about Roseanne Barr, and Colin Kaepernick.

In the first paragraph, he actually got it right. (a miracle I know.)

He was talking about Americans losing their jobs for airing their opinions, and said that “that includes Roseanne Barr, and Colin Kaepernick, who’s cases have a thing or two in common, with one big difference.”

But don’t worry, Ragnarok is not nigh, because he spends the rest of the article explaining the wrong difference.  See to him, the difference is “Roseanne is a racist” and “Colin is a defender of the poor discriminated black man.”

Now I’m not going to defend Roseanne, she’s a moron.  I’m OK with firing her, and with firing her for exhibiting incredibly poor judgement.  This won’t be the first, or probably the last time that stupid twit opened her mouth only long enough to change feet.  I think it’s a reach to say she was calling Valerie Jarrett a gorilla, as a slam on blacks, (isn’t she Iranian? Last I heard that’s not black, it’s Persian, entirely different kettle of fish, unless “all foreigners look alike” to you, in which case FOUND THE RACIST.)

But frankly, I don’t care if she was or not.  It’s part of a company’s right to protect their name and their profit margin.  If ABC thought that Roseanne was risking that, well, they had a right to cancel the show, and history will show if that was the right decision.

I’ll tell you though, the big difference, to me, between Colin and Roseanne, is this:  Colin did his shit in a pay status. He was getting paid and doing it in the uniform and on the dime of his employer.  Further, unlike Roseanne, his employer had empirical evidence that it was costing them money, and damaging their standing, their reputation, and their bottom line.

So that would be like Roseanne, in the middle of a live broadcast, while wearing the ABC logo, breaking character to tell that joke, or to say something like “Jerusalem is the capital of Israel, all Muslims should be removed as terrorists”.

What do I mean by this shit you ask?

Simple: Yes, black men have gotten a bad deal by police officers before.  Maybe there’s even a thread of right behind the BLM movement. (the trouble being that it’s a small thread, and by going about this shit all wrong, they poisoned the well.) The manner in which Colin chose to protest however was perceived by many of the customer base of the NFL as being disrespectful in the extreme to the nation and the flag.

Likewise, a nation gets to decide for itself where it’s capital is.  Muslims have been performing terrorist acts against the nation of Israel for the 70 years that the nation has existed.  Yet to say the words I put in her mouth, would be a red flag to just about any thinking American, if for no other reason than I’m tarring all Muslims with the same brush.

Me, I’m fine with firing them both.  They’re both morons. They both did things that could have potentially lost their employers lots of money. (in honesty, I don’t think Roseanne’s quote would have cost her any viewers, because the folks that watched that show probably agreed with her.  That’s beside the point. The employer believed it tarnished their image. When you play at that level, you must keep the employers image, or walk off, if it’s one you can’t support.)

Many years ago, I worked for a crusty old chief who grew up on a horse ranch.  (I mean a BIG ranch) He happened to be a full Nez Perce… he had a saying that has always stuck with me, because it was put better than I had ever heard it before. “You take the Money, you ride for the brand.”  It’s a variation on an older British army phrase “you take the king’s shilling, you do the king’s bidding.”

In short, the person that pays you has a right to your support.  If you can’t do that, the honorable thing to do, is quit. If you don’t do that, you can expect to be fired.

Shipmates, it’s all about integrity and fair play.  The concept that what is reasonable for one side is reasonable for the other.  If you can’t do that, if you can’t abide by the concepts of equal treatment under the law, maybe you should go live somewhere else… I hear South Africa is nice this time of year, as is North Korea.