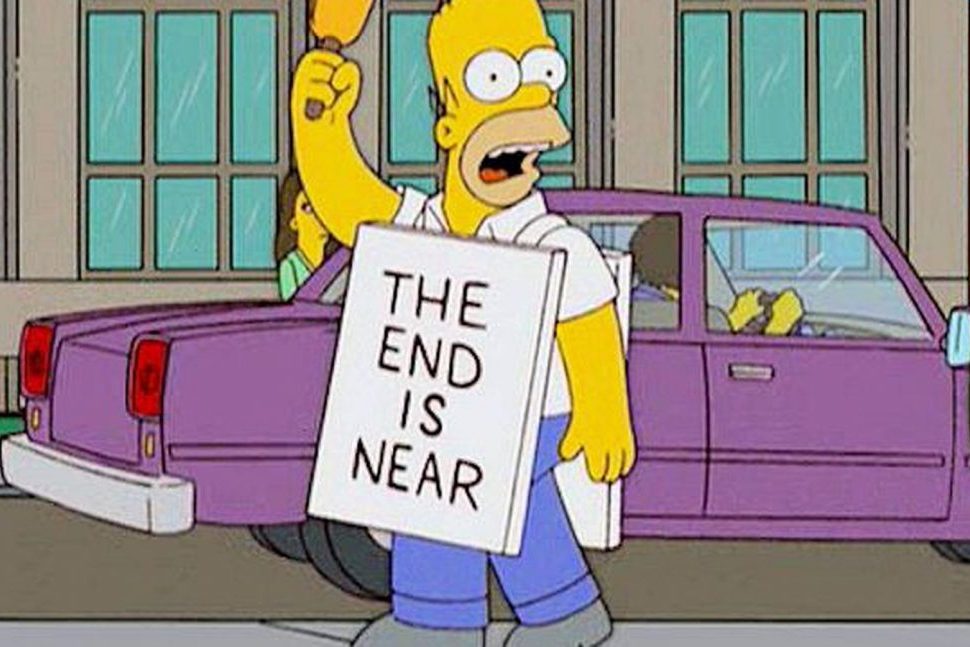 Well, I get another opportunity to ridicule the NYT.  Sigh, if only the stupid fuckers wouldn’t make it so easy… I’m sure you’re wondering, “Oh Gods, what’s he on about now?”

The basics of the article, in case you don’t want to give these fools your clicks, is as follows: Based on a sample of one city (Phoenix), the author decries that automation is going to break the world by dividing the workforce into those with a Masters or better, and those who work minimum wage as janitors, and old folks home diaper changers. (or waitresses, or other “menial labor” jobs, though he really bangs the drum about working in old folks’ homes)

Oh, and the author finds an (1) economist (from MIT no less, so he MUST know his stuff!) to back him up.

Well, sunshine (speaking to the author of the piece) you can find an economist to give just about any opinion you would like. See that’s the problem with economists. There is no way to prove Their theories until much later. And even if you do prove the theory wrong There are still people like you who will sell that “well, it just wasn’t done right.”  As evidence, I give you Karl Marx’s theories. Oh, wait, based on your writing, you subscribe to Mr. Marx’s theories…

So, I looked up the author: “Eduardo Porter is an economics reporter for the business section of The New York Times” says his official bio.  It goes on to state: “Mr. Porter began his career in journalism over two decades ago as a financial reporter for Notimex, a Mexican news agency, in Mexico City. He was deployed as a correspondent to Tokyo and London, and in 1996 he moved to São Paulo, Brazil, as editor of América Economía, a business magazine.” Before coming to the NYT.

Well, in as far as Marxism and Socialism is “economics” (which is to say about as much as Astrology is a valid method of predicting the future…) I suppose he knows a little about economics.

It’s for sure and certain that he knows fuck-all about working for a living.  He mentions in passing “the building trades” and writes them off as “mediocre pay” … Uh… Yeah.  Most electricians and plumbers make more than you do, chump, and without that crippling school debt that a Masters or better brings with it.

OK, now in the one case study he’s looking at (Phoenix, his home.) Yes, the employment picture divides pretty heavily. Now let’s look at the issues surrounding that. Phoenix and AZ, in general, are a magnet to old people. People from all over the country go to AZ, NM, and FL to live out their “golden years”. So, there should be no surprise that assisted care is a big industry there.

The other industry in his area is Microprocessor production. (Intel and NXP) … He’s shocked and appalled that those high-tech manufacturing gigs are employing fewer people, as is Axon (the Taser and cop body cam people).  Gosh dude, those industries practically invented the robotic construction gig, because you can’t find many people capable of the sort of precision needed to make a microchip by hand.

But then he starts making too much soup from one oyster. He starts talking about “There is a small island of highly educated professionals making good wages at corporations like Intel or Boeing, which reap hundreds of thousands of dollars in profit per employee.”  He’s in MY wheelhouse now. I have many friends that work at Boeing, and if I wanted to leave my gig at a Major Shipyard, I could get in over there quite easily… and this is where his apocalyptical theory falls apart.

Of the people I know at Boeing who make at or near six figures, (about fourteen of them) two (2) have higher degrees, two have AA/AS’s or Bachelor’s, the rest of them have either military or trade school, and straight to the workforce.

My household makes 6 figures, neither of us have higher degrees.  Here’s the thing. Until we get something with the ability to move like a human, think, and extrapolate from insufficient data like a human, and have all of the other skills a tradesman brings to the table, you can’t automate things like construction, electrician, plumber, electronics technician etc… (known collectively as “the trades”)

Hell, for all of the attempts, automating driving isn’t going so well.  Let’s look at what is needed to automate driving big rigs. Your robotic truck needs to be able to:

-recognize road conditions to include black ice, etc… and know what to do when they occur, which is not an “If A do B” situation.

-recognize and deal with other drivers who may be inattentive, drunk, or just stupid.

-recognize a detour placed seconds before and figure out where inefficient signage is telling it to go.

-recognize a traffic cop and his signals, which are NOT standard across the nation,

-know what to do when it’s load is shifting, or otherwise misbehaving,

And many other weird judgment calls, in addition to the easy stuff like rules of the road, navigation, road hazards, and all of the other problems of driving.

I’ve seen the predictions that “driverless semis are less than a decade from production.”  And maybe in a closed plant situation, that is so, but open road? Those predictions are right up there with the Popular Science articles on “flying cars in our future”.  Cool to dream about, but not fucking likely. It’s far easier to automate flying an airliner than driving a truck, and in point of fact, the main thing the guys up front in that airliner are there for is to take over when the computer shits the bed or can’t handle it… (I’ve been working on electronics since 1980, computers break at the most awkward times…) Hell, we can’t even get a language checker that follows all of the idiosyncratic rules of our language, as I rediscover every time Word or Google wants to edit my stuff.  On spelling, it’s far better than I am. On things like “split infinitives”? Forgetaboutit.

Fixing aircraft, ships, submarines, cars and trucks, robots, etc… are going to be a good paying gig for a very long time to come, because we can’t figure out how to teach a machine to intuit.

There’s a place for the folks with higher level degrees, (my boss has his Masters and is working on his PHD.  It’s worth noting that he got the job before he got the degree, he’s getting the degree to go elsewhere, either in our enterprise or out of it.) but all of this bullshit about how if you don’t have a masters or better, you’re going to be changing some old guys depends, is just that, SHIT.

If you WANT a degree, by all means, get one, but make sure it’s in something employable, and if you don’t want one, learn to work at a trade, and learn how to learn.  If you know how to learn, and know how to deal with people, you will always find work.