Of Ships and Space 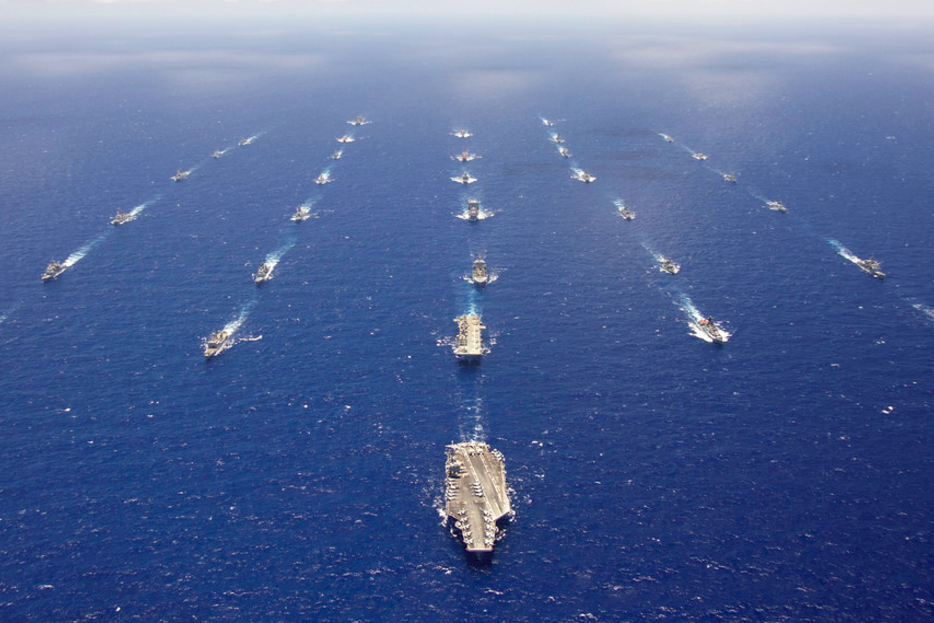 Pour a drink, have a seat, and let’s talk.

Last week, I mentioned discussing the Navy’s funding issues, and the report by General Schmidle and Adm. Montgomery, I will be doing that today, but first I must tip my hat.

It’s not often that a geek will say something nice about Jeff Bezos.  Amazon has been the whipping boy of every “right thinking” geek existent for the last ten years.  (And by “right thinking, I mean leftist c0ck$uckers.) for the sin of being an incredibly successful capitalist plot.  Further, they hate Amazon even more than they hate Walmart, because between the two of them, and COVID plus the governments over reaction to the same, they have just about succeeded in killing all the mom and pop, and hippy-dippy little stores around the country.  (the loss of which is a shame, but I’m pretty sure the whale oil industry felt the same way about that rat-bastard Edison.)

Authors in general hate Amazon, primarily because they are bigger than the 800lb gorilla, they are in fact, King fucking Kong when it comes to selling books.  No one likes dealing with a company that controls that much market share, it makes people damn nervous as to how the numbers are being played with.

Further, everyone got an incredibly good laugh at his expense when he wore a cowboy hat for his recent suborbital flight, making all sorts of comments about “Slim Pickens’s portrayal of Major “King” Kong in Dr. Strangelove, and “Space Cowboys” and so on… Personally I saw D.D. Harriman from Heinlein’s The Man Who Sold the Moon, Requiem, and The Cat Who Walks Through Walls.  If you don’t know those works, you are so Dink you shouldn’t even be eating until you get some signatures on your Qual Card.  Get HOT nub.

Now, I said all that, so that I could say this: Jeffy baby just made the US Government a HELL of a deal, and not surprisingly, it got buried by the press back in the financial section.  He’s offered to give NASA a $2,000,000,000 coupon off the purchase of a lunar lander program.  Further, he sweetened the pot by agreeing to do a “Fixed-Price” contract and eat any overruns. As someone who occasionally deals with government contracts, and the writing thereof, as well as OFTEN dealing with the fallout from various cost overruns, addons, re-negotiations, and “cost-plus” issues, let me tell you this is nearly unheard of.  This is the deal of a lifetime, get out a bucket, it’s raining soup!  If we don’t take him up on this, we can know for sure, the fix is in, and someone has blackballed him for no reason.  I hope that doesn’t come to pass.

Now let us go on to Gilday’s folly.  (If you’re not aware, Gilday is the current Chief of Naval Operations.  IE the senior uniformed member of the US Navy.)

Our CNO has decided that we need to “Destroy the village, in order to save it.”  He’s concluded (as I have mentioned here previously, for those paying attention) that the only way to afford to buy more ships later, and high tec ships later, is to decommission a bunch of ships today.  Well, there’s a bunch of congressmen (including some that have been officers and even captains of the types of ships he wants to get rid of) that are calling

“hold up there, skipper!

One, you don’t have a real plan for funding the future or building it, other than ‘trust me, it will work.’

Two, you seem to think that the enemy (looking at you here China!) will be kind enough to sit back and wait until we build all our new shit that isn’t even fully designed yet, before they start the ball!”

There has been a solid level of knowledge, and information for the last twenty years, that the twenty-twenties were going to flat out SUCK as far as ships and crews go, due to stupid ass decisions made in the ’90s through the 2010s.  Such pundits as “Commander Salamander” made their name on discussing the shortfalls of our shipbuilding program and the overreliance on “gee whizz” new toys that were nothing more than vaporware.  Most of these toys have turned out to be about as good as the toys you get with a happy meal, some of them haven’t even met that low bar.  As a result, we now have an aging fleet, without replacement level numbers of hulls laid down and started.

And here is the thing:  Ships are not JUST expensive (oh they’re expensive as hell, don’t get me wrong.) They also take a damn long time to build, and an even longer time, once built to get crewed up and get the crew and the vessel proficient.  Now during wartime, you can speed all of that up, A LITTLE, but at the cost of losing about a quarter of your ships to poorly trained crews making mistakes in battle, where mistakes are paid for in letters to wives, husbands, and mothers, and empty coffins being buried because the body never came home.

The point said congressmen and I are making, is we don’t have the luxury of planning to meet China in fifteen to twenty years or more.  China is more likely to try to take Taiwan in five to ten years if they take the shot at all.  Decommissioning a lot of Cruisers now, so that in twenty years we may be building a battle fleet again, will do nothing except encourage our little commie friends to take the shot.

It’s worth noting here that Cotton is a former Infantry officer with tours in the sandbox and the rock pile with the Hundred and First, as well as the Bronze Star and Combat Infantry badge. Banks is a Navy Reserve officer, with a tour in the rock pile, Gallagher was a Marine Intel officer with two tours in the sandbox, and of course, Dan Crenshaw was a Naval officer SEAL with one deployment to the sandbox, and three deployments to the rock pile as well as a medical retirement due to wounds received in action.

That report can be found here: https://www.cotton.senate.gov/imo/media/doc/navy_report.pdf as always, don’t take MY word for it, go read the sucker yourself.

I’m not saying it’s ugly, (well, yes, I fucking well am!)  but the table of contents pretty much lets you know this ain’t gonna be good. The headings include:

Yeah, this is the sort of stuff, that, had it been published about the Imperial Japanese Navy, would have finished with “you have the emperor’s permission to apologize to your ancestors, do it now.”  The ‘German Navy’ would have just left a luger with one bullet and trusted you to get the message.  The Russian Navy wouldn’t have been so subtle, the GRU would have come for you in the middle of the night, and sent a bill for the bullet to the family.

The executive summary starts with “This review was conducted at the direction of Senator Tom Cotton and Congressmen Mike Gallagher, Jim Banks, and Dan Crenshaw as a strictly nonpartisan exercise in Congressional oversight. The authors of this review conducted long-form interviews with numerous active-duty and recently retired or detached officers and enlisted personnel about their insights into the culture of the United States Navy following a series of high-profile and damaging operational failures in the Navy’s Surface Warfare community.”

It goes on to use words like: underlying systemic problems, larger institutional issues, conducting lengthy conversations with knowledgeable subject matter experts including with ship captains in command, numerous cultural and structural issues that impact the morale and readiness… It concludes with “This sentiment, that the Navy is dangerously off course, was overwhelming.”

The final conclusions identify 8 specific areas that would yield results:

3 – Pick a surface warfare officer training and development path, fund it, and stick with it for at least 5 years.

4 – Develop a rigorous operational-strategic warfighting course. (the fact that the skimmers don’t already have such a thing is frankly appalling to this old bubblehead)

5 – Publish the annual surface Navy maintenance scheduling and funding plan, and provide an accounting to congress at the end of the year, with Sec. Nav. Or the CNO directly responsible for results.

6 – Get politics and media out of the wardroom.

7- This one is too long to cut and paste directly, in summary, get all of the not combat bullshit out of the warfighter’s face, make it some admi.n poges problem. And finally,

8 – Eliminate distractions. (which is a further riff on #7)

I’ve been saying this sort of thing in this column for years, but now people with first names like Admiral are saying it… Maybe now some stupid fuckers will listen.  Or not.

People, there is no guarantee that the US will win a war of survival, and make no mistake, losing a war to China would kill us as a nation.  This is where we write congressmen and senators and demand that they do their NUMBER ONE JOB, which is to provide for the common Defense.  All the BIPOC and LGBTQUILTBAG bullshit in the world doesn’t matter if our government becomes a wholly-owned subsidiary of China INC, because China doesn’t care about any of that shit, if you doubt me, go talk to the Uyghurs.