My Turn: A Review of Wonder Woman 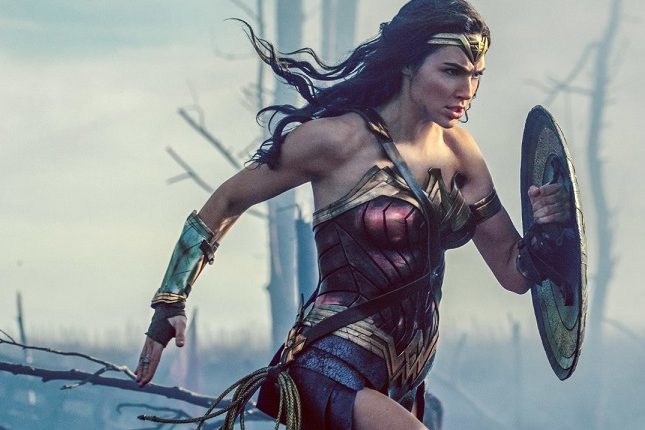 Well after the horrendous day yesterday, I considered covering the politics, political shooting, and nonpolitical shootings that happened.  I know of three major shooting events, the Virginia Republican Baseball shooting, a shooting at a UPS center, and an active shooter on a Military base.  I may still dedicate a post to all of that later.

But I ripped some folks hides off for their reviews of Wonder Woman last week, so, since I finally got to see it last Sunday, I thought it only fair that I do my review as a counterweight to their stupidity.  With no further ado, here we go!

WOW.  Holy shit did those twits get it wrong.  Wonder Woman was everything that a Superhero movie should be, and DC’s stuff hasn’t been.  It’s done as a Flashback origin story, which is sort of hackneyed, but it’s a standard of the genre for a reason.  IT WORKS.

Our movie starts out with a set of armed guards from Wayne Enterprises delivering a secure briefcase to Diana Prince, who obviously works at the Louvre in Paris.  Inside is a glass photographic plate and a note…

They moved the origin story from WWII to WWI, which we (those of us that saw Supe v Bat) already knew… But I’m OK with that, after all, the competition pretty much owns WWII with Captain America, and WWI is far more effective for some of the themes of the movie anyway.

The young girls they got to play the young Diana: Lilly Aspel, and Emily Carey, were PERFECT for the role.  Lilly pulls off hyperintelligent, headstrong, and mischievous so well I’m glad she’s NOT my daughter, mine gave me enough gray hairs. Robin Wright as General Antiope was also inspired, and the makeup guys did a wonderful job with making her a believable badass who’s getting long in the tooth, with the scars to show for it, but still a kick ass and take names gal that I would work beside or for any day of the week.

The movie’s main themes, in spite of any shrieking harpies wish to the contrary, are Honor, Duty, and the differences between a “just” war, and the inhumanity of modern war or war of conquest.  WWI is, as I mentioned, the perfect back drop for this, as it may have been the stupidest war ever fought.

(I speak of methods, tactics, and strategy, as well as the reasons it happened.  Everything that the leaders of both sides needed to know about how to avoid the fucking horror that was the western front, was available in the form of the US civil war and the Spanish American war, yet they preceded to march millions of men into a fucking sausage grinder for no better reason than a complete lack of understanding of Von Clausewitz, much less Musashi… Look I can forgive them not reading Musashi (though Russia at least should have digested that shit, it cost them a very expensive war against Japan), but for Gods’ sake Clausewitz was the BIBLE on war in that era)

All this is not to say that there weren’t a few things I might have done differently or that bugged me.  Somehow, we sail from somewhere in the Aegean (eastern Med) to the Thames river and London in a single night… That’s about a week transit in a nuclear sub for pity’s sake!  “We caught a ride”? PLEASE, not any ship available in 1918.  The interaction with the town of London was cute, but I suspect that in reality she would have wound up in the Baily. That was, I think, underplayed if anything.  They did a nice bit with the whole suffragette thing, which was expected, and appropriate to time and character.

Oh, another aside, yes there were black women on the isle.  They did it perfectly, by NOT making a thing of it. As to other minorities, well technically compared to the Ancient Greeks, Gadot probably looked like a minority.  Hellen was supposedly a redhead by all accounts, with skin like alabaster, and so was Alexander.  The Greeks didn’t become as swarthy as they are now, until well after the Ottoman Empire started.  But still I don’t believe they could have found a better person to play the lead of this show.

The other thing that I would have done differently, is that since they were down there in the Aegean I would have put her on the continent by way of the battle of Gallipoli.  You want a perfect picture of the stupidity of war, that was it.  But oh well, minor missed opportunity there.

I’ve read reviews by other writers that felt the romance was overplayed, and was “thrown in because Hollywood.”  I beg to differ.  It was the romance that made the character of W.W. work. Her love, loss, acceptance, and carrying on the mission was a requirement to create the character, and it was handled well.

In case you haven’t gotten it. I’m a fan.  I could say more about the movie, but I’m trying desperately not to give spoilers, because if you haven’t seen it yet, you’re DINQ, (delinquent in qualifications) get your non-qual ass down to the theater and see it.

That’s it for another week here at the scuttlebutt. Thanks for coming by.