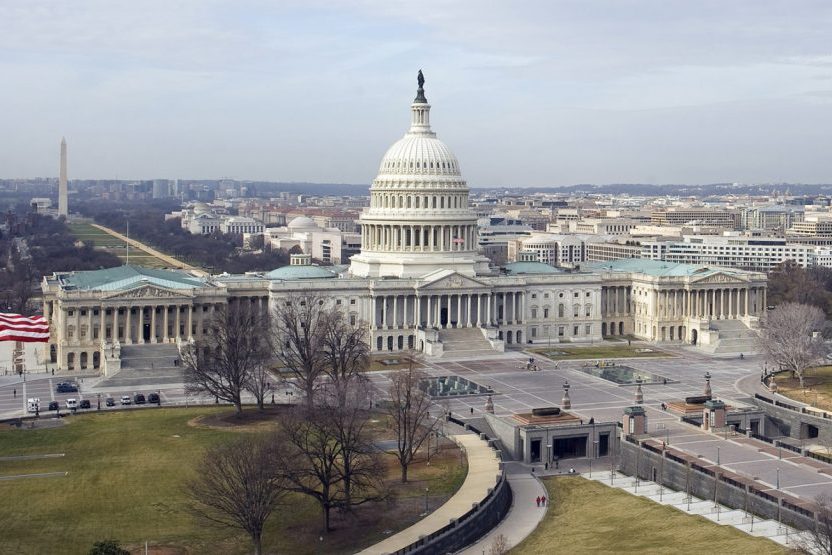 Welcome back to the Scuttlebutt, pull up a chair, and let’s talk.

I mentioned last week that I would be in Washington D.C. this week. The picture above was taken yesterday around noon. I’m here for the annual National Convention and meetings for an organization that I am a VP for the largest chapter of.  I’m not going to name the Organization, because I’m going to say some things that are MY OPINION and my observations.

The organization is apolitical, it doesn’t take sides.  This is both by design (if we can work with both sides of the aisle, we are more likely to succeed in our mission) and by LAW.  Most of the members are subject to the “Hatch Act” which governs civil servants and does not permit them to take sides while acting as civil servants. (It’s more complicated, but that’s the basics.)  It’s supposed to be an organization that promotes the best interests of the nation, and of the federal employees of our nation, especially the management, from first-level supervisor on up through the ESE ranks.  So, as you can see, we have to not only be above reproach but to be seen to be above reproach.  Failure to meet these requirements can get your organization kicked off the federal reservations, and sometimes can wind up with people in jail.

However, I’m retired, so I’m not subject to Hatch, and as a private individual, I can get as political as I want, but I want and need to keep the organization out of it, for obvious reasons.

OK, now that I have all the ass-covering out of the way, let’s get down to the brass tacks. (or brass tax, which I am sure is coming…)

We started trying to set up meetings for Wednesday two weeks plus ago. The guy that does the appointment calls for our group, I’ll call him “Tom” for the purposes of this report, is a BULLDOG.  This guy just doesn’t let up!  He was literally still trying to arrange a meeting at 1600 on Wednesday when the last time that we could hold one was 1630.  He knows a lot of people on the hill, and has a large Rolodex (there, I’ve shown my age, and probably sent a few people’s eyes rolling, as well as sent some millennials to slang dictionaries.)

We were trying to meet with all the representatives from the state of WA, in both the Senate and the House. We were as you might guess, less than successful.

Our Senators “didn’t have time” which translates as couldn’t be bothered.  Oh, I heard the excuses and duckbilled platitudes… “They’re very busy, this is the heaviest voting day we have had this year…”

UH HUH.  Patty, you worthless twit, Maria, you feckless Bint, you have dozens of staffers.  Most of the reps sent us a staffer to talk to us, you could have done the same.  Both of you have been Senators for TWENTY YEARS plus.  (Which by itself is wrong in my mind.) You represent five navy bases, three Coastguard bases, three Air Force bases, two Army bases (at least, I may be missing one) the Bonneville Power Administration (ALL OF IT), and a few thousand other federal employees from various agencies scattered over this state.  Hell, Puget Sound alone is sixteen THOUSAND people, and my particular group speaks for all of them.  And you don’t have TIME to send some 20-year-old flunky to at least listen to our concerns for fifteen minutes?  You don’t have time to put that same 20-year-old on a fucking zoom meeting? (Over half of our appointments wound up being Zoom meetings, that we could have done from home.  That said, the half that was live was mostly worth it.  More on that later.)

More and more, I want to type “Imperial” in front of “Senate.”  These twits act like they’re anointed by ROME, and “above” the petty wants needs, and desires of the people they are supposed to represent.  News flash you two, you WORK FOR US, not the other way around.

OK, so much for the Senate, both of them have a secure position, unless they piss off the state Democratic party because the DNC has the I-5 corridor sewn up.  There are more people there who vote for a living than those that work for a living.  We can’t beat that.  Hopefully, enough people will eventually get pissed off enough to wake up, but probably not before I give up and move out of the state.

Now let’s talk about the House.  I haven’t had a chance to compare notes yet with the folks that did the Zoom calls, So I don’t know how those went, and I may be wrong about who they talked to, but of 49 congressmen, we got meetings (COUNTING ZOOM) with about six, maybe seven.

I am virtually positive that we never were allowed to talk with Jaypal or her staffers, I know they weren’t even acknowledging our calls as of 2200 on Tuesday.  Considering the fact that about a quarter of those 16000 employees live in her district, that says something.  Specifically, it says that if you work for a living, she can’t be bothered to talk to you.

She has all the time in the world for illegal aliens, homeless people (we used to call them bums, you know?), and other people that are a strain on the system; but people that build and fix our warships, that fix our aircraft, tanks, and other gear, that generate our electrical power, guard our borders, keep our airplanes from crashing into each other, take care of the Social Security payments to those aforementioned loads on the system, and many other things??? “Yeah, I don’t want to hear from you, DRONE, just be a good little bitch and keep doing what I demand, be grateful for the crusts I throw!”

The people whose staffers we did meet with were a very mixed lot.  On the one hand, we have Derek Kilmer. He met with us personally, with his Legislative Director in tow.  The man is a Democrat, but that’s ok.

Let’s start with “call me Derek, I only make my kids call me Congressman.” And move on to “Look, I know we’ve fucked you guys over.  I want to apologize for that, and please know that I’m trying to fix it.”  Being honest with me goes a LONG way.  The admission that “we’ve screwed you folks” is the first step to fixing it.

One of our primary interests as an organization is that Congress “Do Their Fucking JOB!”

The first duty of Congress, according to the constitution, is to PASS A BUDGET, to allocate the funds to allow our country to run.  Every time we do a Continuing Resolution, or even worse, go to a shutdown, or even the edge of a shutdown, it costs BILLIONS of dollars.  Folks, that’s not just money that we wasted on stuff that we didn’t need to do (like put a bunch of admin types on overtime to write layoff letters that may not be needed, but must be written, just in case they don’t come to an agreement, and canceling contracts at the last minute, paying penalties, because we don’t have the money approved to continue the work) it’s not just money that we then don’t have to do the job we are SUPPOSED to do, like fix that broken aircraft carrier, it’s your damn tax dollars.

We spoke to Kilmer about this in particular, because he has (as he admits, with a “pray for me, I wound up with this disaster to try and fix”) been given the chairmanship of the “Select Committee for the Modernization of Congress.”  This is a committee that is trying to fix some of the broken bullshit that keeps Congress from doing things like passing a budget in a timely manner. I wish him success in this endeavor, further, I wish him a Republican Co-Chair that can actually work across the aisle and get something done.

We spoke at length with Derek, he asked intelligent questions, he really wanted our answers.  His biggest concerns seemed to be how to get people to talk to him, how to find out what his people wanted and needed so that he could represent them.

Here’s a note for all you other congressmen, THIS is what it’s supposed to look like.  You are our representatives!  That means you are supposed to figure out what we want and try to make that happen!  No, you don’t “Know what we want, and need, better than we know ourselves” that’s not how this shit works.

We also met with a staffer for Marilyn Strickland, who was quite attentive, even though he obviously had not read the brief we sent two weeks ago, was “not the military affairs staffer, so I don’t know what that means, but I’ll pass it along.” And in short, was not the person we SHOULD have been talking to.  Still, he made the effort, and is thus in the middle of the “better half of the pack.”

Then we met with a staffer for Susan DelBene.  This kid was so new he didn’t even have a business card, he was in some sort of “Capri” style pants, a topknot, and a pullover. (mind you, we are all in full suit and tie) I have underwear older than this kid, and probably smarter.  Was constantly saying “oh, yes, we support that” without taking notes, without knowing what the bill was, or who we were.

Look, at least she sent someone out to meet with us, and based on her voting record, she has supported many of the issues we were concerned with.  Still, gotta give that whole experience a  D minus.

So, that was the day on the hill, I may provide more insight after I get a chance to meet with the folks that did the zoom calls, but then again I may not if it’s not pertinent, after all, there’s so many things to write about, and so little time.