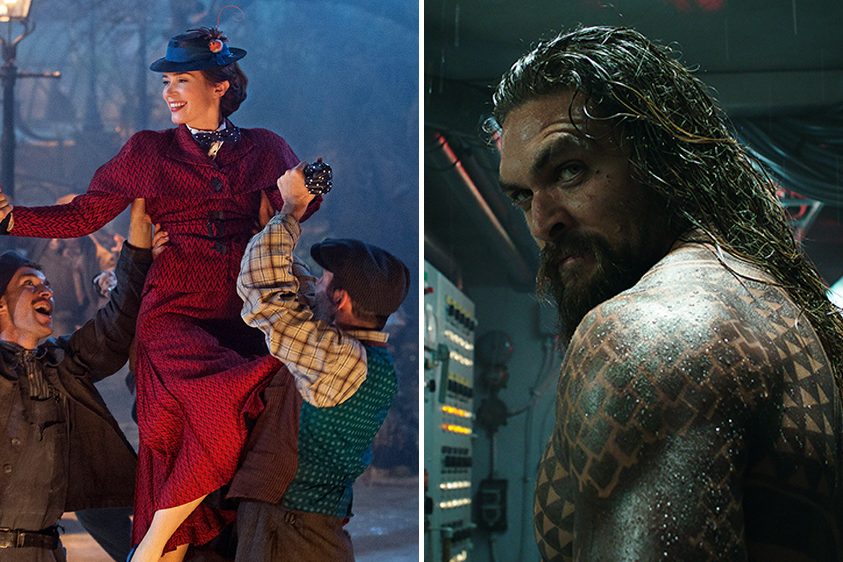 OK, movie reviews from the Christmas shut down.  No spoilers, I promise! I’m pleased to say that I can give the Old Goat seal of approval to these two movies, which makes me happy, I hate giving bad reviews, even if they are deserved.

We took the Grandkids to see Mary Poppins Returns on Christmas eve day.  I was completely surprised. This was a very worthy sequel to the original.  They didn’t do a “remake” or “retelling” thank goodness, but instead, it’s the children of the original Banks children that she’s here for.  Guess what? Emily Blunt can sing! The writers stayed true to the mythos, didn’t take the given opportunity to do politics, either sexual or identity-wise.

Plus, there’s a cameo by Dick Van Dyke and also one by Angela Lansbury. (if you don’t recognize those as original cast members from the first Mary Poppins, you’re dink.  Go get the movie and get qualified!) There’re all the old bits with the Admiral next door, and Mary knowing everyone, yet they make it new and wonderful. Disney, you have done good! In short, it was a wonderful movie, and you should go see it.

Now, let’s speak of Aquaman.  Again, I’m pleased to say they did a good job of it.  There isn’t much of the whole “dark, gloom and doom” that seems to permeate DC movies, they get submarines at least sort of right (not a high bar for Hollywood, they can’t get submarines right to save their ass, with the exception of “Down Periscope”).  It seemed a little rushed at times like they were trying to get through the dialog to get back to the action scenes, and I found the lack of warning that you’re now in a flashback a little disconcerting at times, but those were my only complaints.

I can but hope.  This was good enough to give the next one from DC a try, which, considering I skipped several of the Superman flicks, means something.

Fair disclosure, not a huge Supes fan, I believe the character was made way too powerful, and as a result is nearly useless.  What can take him out? If there’s no real possibility of his losing, well, it’s not much of a movie.

Hey, that’s it for this week, next week will probably be more political, I’ve got some observations on the difference between the public and private sector to discuss.

Until then, I remain: