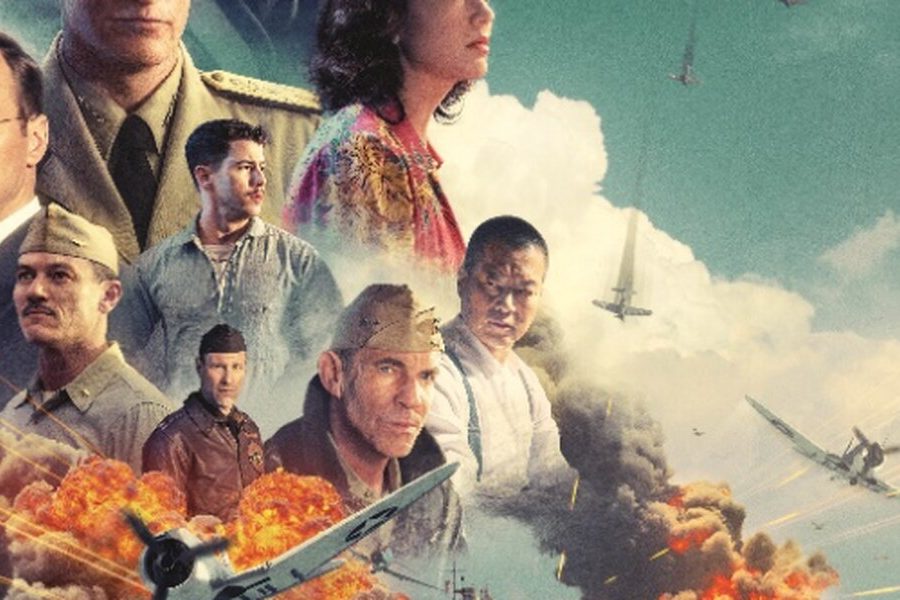 I could speak of the Show Trial the DNC is trying to pull in DC right now… Or I could talk on those poor bastards in Hong Kong. Americans in spirit, if not by law, (and a damn site more American than a lot of people born here, sadly!) By the time you read this they’ll probably all have “suicided” on the way to jail…  They have no more chance of winning than the folks at the Alamo. But, like the Alamo, they may make such an end that they grant their successors victory, or at least so I pray.

Instead, I’m going to talk about a movie, because history is something that you need to learn, lest you repeat the mistakes of the past… And the Movie Midway is, first and foremost, about history.

For once, Hollywood didn’t entirely screw up the history of events in the interest of “a love interest” or a political ax to grind.

Oh, there’s a few little bits that aren’t exactly like what happened or are compilations of multiple people’s experiences, but where it counts, they got it right.  Further, they threw in some little pieces that only historians would get, but hopefully will drive some of the audience to find out more…

When you see a torpedo that some guy risked his life to deliver on-target, hit the ship and go “bump” instead of “BOOM”, know that that’s real shit.  Our torpedoes, during the first years of the war, SUCKED. Furthermore, the people in positions of high power refused to admit or accept that they SUCKED because most of them were former members of “the gun club” which was behind the designs that were so fucked up!  It took people who had won “the medal” (the Medal of Honor) to prove that it was shitty torpedoes and not cowardice that was causing failures.

Now that’s not to say we had the corner on stupid.  When you see a Japanese admiral calling the Japanese Army “the enemy” as opposed to the American Navy “our opponent” … That also is “real shit”.  It’s part of why the Japanese lost. Often in war, the victor is the one that does LESS stupid shit, because everyone does stupid shit in war.

Look, if you haven’t figured it out, I thought it was a great movie.  I’m not usually a fan of stories retold, and the battle of Midway has been the recipient of three movies that I can think of off the top of my head, BUT in spite of the fact that John Wayne was in one of the three, (In Harm’s Way), this was the best of the three. And I will never condemn a filmmaker for making a movie about history as long as they get it right.  These guys got it right.

Go forth and buy tickets, eat popcorn, be entertained, and maybe learn something.