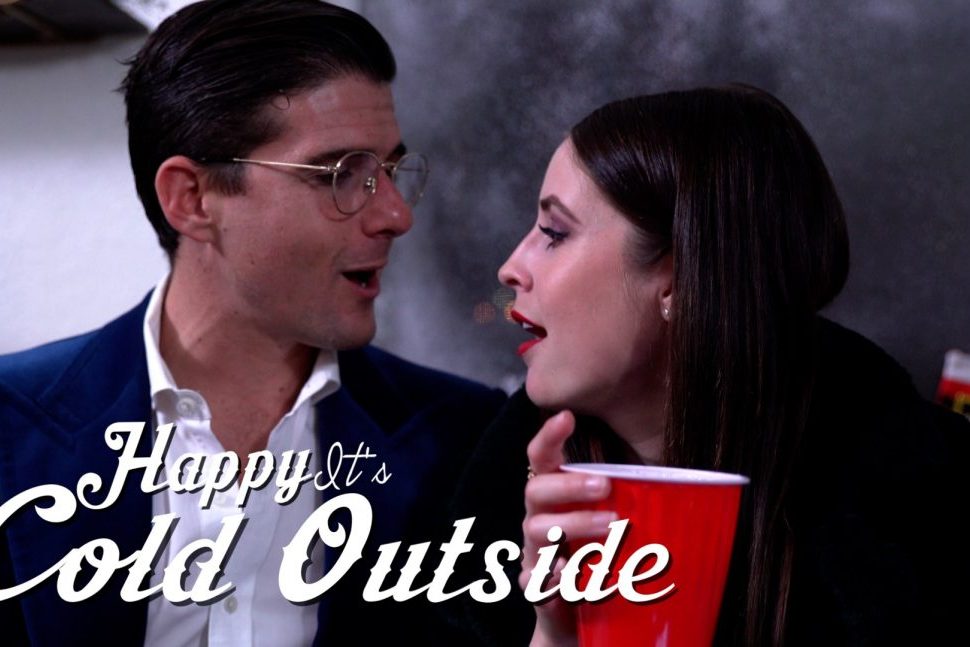 Hey, pull up a chair, have some eggnog.  If you don’t like eggnog, the coffee pot’s over there, and the booze is by the microwave, have some.

You know, I hate to sound like a conspiracy theorist, but it seems like every damn year, someone creates an existential crisis out of not much, and puts us at each other’s throats.  This year it was a song. A song that has been sung since 1944 for Pete’s sake. On the other hand, it was like three radio stations that banned it, if you don’t like that action, quit listening to them.

Seriously, folks, I don’t remember what it was last time, couple years ago it was Starbucks cups for fuck’s sake.  I mean, really, who cares?

Someone on the left takes a slightly loony stance, the right rises up in righteous indignation, the left doubles down, the right ups the ante… Soon (about Dec 10th or so of every year) people are losing friendships over it, and our already divided nation is even more so.  And at Christmas time!

Oh, and YES, I say Christmas, even though I’m not a Christian, because it’s become a secular holiday.  Frankly, even if it wasn’t Christmas, I would celebrate it as Yule, but I don’t care WHAT you call it. My Wife (back a very long time ago) ran the largest pagan worship center south of the Mason Dickson.  SHE SAYS CHRISTMAS.

But here’s the thing. I don’t care if you wish me Merry Christmas, Goot Yule, Happy Hanukah, Blessed Solstice, or any other version of tidings of the season.

Virtually every major and most minor religions have a holy time this time of year.  Now we can draw any number of conclusions from that… Either they all recognize the holiness of the season, across all faiths, some stole from others, or mankind just has an innate need to recognize some form of hope and brightness for the future on this, the dark time of the year.

All of those theories have proponents, and in the end, unless you’re super religious and believe that failure to convert me, dooms YOUR soul, it shouldn’t matter which one of those, or some modification of one or all of them I believe.  Suffice it to say, that wish me well by any of those faiths, my answer will be the same:

And to YOU TOO!

Or some reasonable facsimile of that.  How can you be bothered, disturbed and angry that someone wishes you well by their belief in the divine?  Shipmate, that’s just not sane.

(Oh and if you are one of the folks that believe that failure to convert me, dooms you, damn, sorry, that sucks for you, ‘cause I have no interest in your flavor of religion, I have my own, thank you.)

I don’t know why we keep stirring up hate and discontent, on a season in which all (or at least most) faiths teach “Goodwill to men”, I don’t know who profits, but whoever it is, be they one or many, well, may they rot in whatever version of unpleasant afterlife their faith holds true, and if they are atheists, may they discover too late, that they were wrong, that there were multiple right ways, and that they picked none of them.  Further, that because of their behavior, they get no second chance, but instead, the gods play RoShamBo to decide who gets to make their eternity miserable.

As for the poor misguided on both sides that rise to the bait like hatchery fish, I wish them calm, patience, a little more wisdom, and a little thicker skin, that they may enjoy the blessings of the season, and not have their season affected by the truly rather minor on both sides, issues that are set up to cause strife and anger.

And for all the rest of you, I wish you the brightest blessings of the season and a wonderful New Year.

Now I’m going to go play with my Grandkids. Until next time, I remain: