Mainstream Media, The DNC, and the Spin Cycle 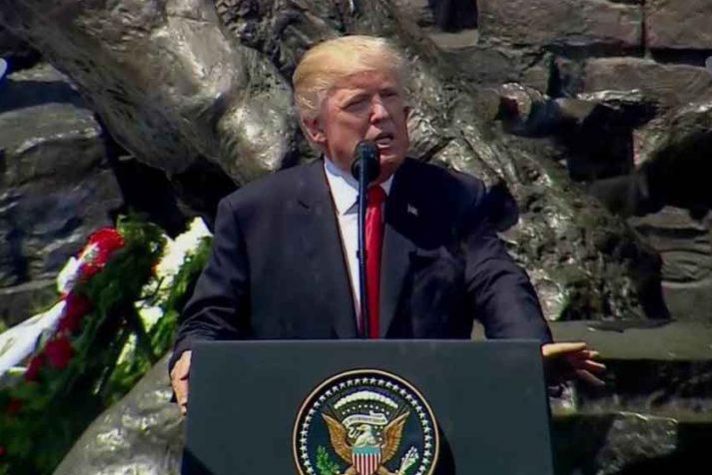 Welcome back to the scuttlebutt. Pull up a seat, and let’s talk Russia.

Now I have a special place in my feelings for Russia, it comes from staring across figurative rifle scopes at them for 20 years. (actually it was sonar screens, but you get the point). That place is pity and loathing.  I pity her people, and loath her government, along with all totalitarian governments everywhere.

So, I do find it nice that the DNC suddenly agrees with me that Russia is, was and for the foreseeable future will be, a threat.  Of course, that’s a hell of a flip flop from just two years ago, here’s a sample:

http://foreignpolicy.com/2015/01/15/romney-russia-republican   but here’s where the fun comes in.

Suddenly after Trump was elected, Russia was a big thing.  The MSM Press, the same guys that were predicting Hillary’s victory by an 87% margin even after she was mathematically eliminated on election night, are now huge on the Russia thing.  In the highly unlikely event that any of you guys actually work for those folks, I have a little bit of advice.  Free of charge. In spite of the fact that you are at least nominally my competitors.  I offer this advice because I believe in a free press.  I believe that it’s necessary for the security of a free state.

Here’s the thing.  Right now, we don’t have a free press.  These guys are owned, ideologically and possibly in actuality by the DNC.  Now by its self that would be bad enough.  But it doesn’t end there.  It has become more and more obvious over the last two decades that they are owned, at least ideologically.  It was perfectly clear on election night about a year ago.  It’s even more obvious now.  My advice to you? Cut the cord baby.  Get your-self free.  You’re looking like the battered wife that says yes, he beats me, but he loves me, and he’s my husband…

There are a few stories right now, the Muslim that attempted mass murder by flatbed truck in NYC… (funny how that’s being written up as a shooting, even though the only shooting done was by the cops) the tax bill, the overturning by a civilian judge of the ruling by the commander in chief on transsexuals, pre and post op serving in the military, with  all that that will do to morale, but by far the biggest one, in terms of ink used, is Mueller’s charging  of Paul Manafort, and Rick Gates, along with the guilty plea by Papadopoulos.  And it’s all being sold as “Trump’s in trouble”.

But see, here’s the thing.  If you go down to the ninth or tenth paragraph, (that’s called burying the lead folks) you find out that these particular individuals, were indeed dealing directly or indirectly with Russia, but they were working at the time for a guy named Podesta, who was under contract with the DNC, and with Obama’s NPO to find dirt on Trump.  Yes, that’s right, the DNC was doing exactly what they accuse the Trump campaign of doing.  Specifically, going to Russia to get dirt on their political opponents.  (guess it doesn’t count if you lose the election.)

Both Podesta and Manafort worked both sides of the street.  These boys are the modern equivalent of the Hired gun slinger from the old west.  They’ll work for anyone if the price is right. (in fact, Podesta was on Obama’s Whitehouse staff from 2013 on)  During this time, Trump, then a private citizen who happens to run an international hotel and entertainment empire, is making deals with Russia.  All above board, and legitimate, as the man was not a politician. Yet. (if he could be said to be one now.  The way he opens his mouth on twitter, I would say he’s still not a politician, not that this is necessarily a bad thing.)

2014, Lt General Flynn is removed from the head of the DIA, according to Flynn, it’s because he believes the Radical Islamic fundamentalists are unreachable, and just need killing.  Obama wanted to “reach out to them.”  According to Obama and staff, it’s because he’s a loose cannon who does his own thing inspite of orders (gosh, sounds like Macarthur) When Trump announces that he’s running, Flynn offers his services.  Trump, jumps at the chance to have someone that knows what the REAL foreign picture, at the T/S SCI (top secret secure compartmentalized information) looks like.  This lasts until after Trump is elected, and it turns out that Flynn may have been playing foreign policy games while Obama was still president… So, Trump fires his ass.

Fast forward to March 2016.  Manafort and Carter Page join the Trump campaign.  Papadopoulos also joins, as an unpaid volunteer. (so we’ve got a serious number of former Obama troops, now working for Trump).  Papadopoulos makes several claims over the next several months that he can get Putin a meeting with Trump. Minor little details here, 1) not illegal for a guy running for president to meet with a foreign president. 2) the meeting never happened.

Then there’s the election, and charges and counter charges about who was influenced by whom, and claims that Russia “bought the election” by the same people that bought a fired British spy through a third party, to create a faked up dossier on Trump being involved in watersports in Russian hotel rooms and other such shit.

But here’s the thing.  Manafort and Gates are charged with failing to register as lobbyists of a foreign government, and money laundering for the time period 2006 to 2015!  Go back up and look at the time line, that’s when they were working for Obama and Hillary.

But, there’s no crime you can nail Trump for.  Even if he had met with Putin (he didn’t) everyone seems to conveniently forget, that people running for president can go overseas, and meet foreign leaders… in case you forgot, here’s a little ditty from 2008:  http://www.cnn.com/2008/POLITICS/07/18/obama.trip/index.html  about then candidate Obama’s tour of Europe and Afghanistan, and meetings with the leaders of France, and England among others.  Wasn’t illegal when he did it, wasn’t illegal for Trump.

So back to my advice.  This is not going to end with anything on Trump, and it just might end with something on Hillary and Obama.  I assure you, they won’t care if you look like patsies.  They didn’t before, cough… Libya was caused by a movie, …cough. Cough… Hillary was under sniper fire… cough. And so on.  If you want to regain anything like a reputation for being something other than the DNC’s Muppet, Pull Hillary’s hand out of your ass, and move your own mouth.  Follow the truth where it leads.  Not where you’re sent.

That’s what it looks like from this old sailor’s chair.

Until next week, stay safe, and if you’re in or near a crowd, I would keep an eye on where there are big things to hide behind. Like big enough to stop a truck.  That seems to be the new Jihadist trick of choice… (gosh, when are we going to call for truck control?)