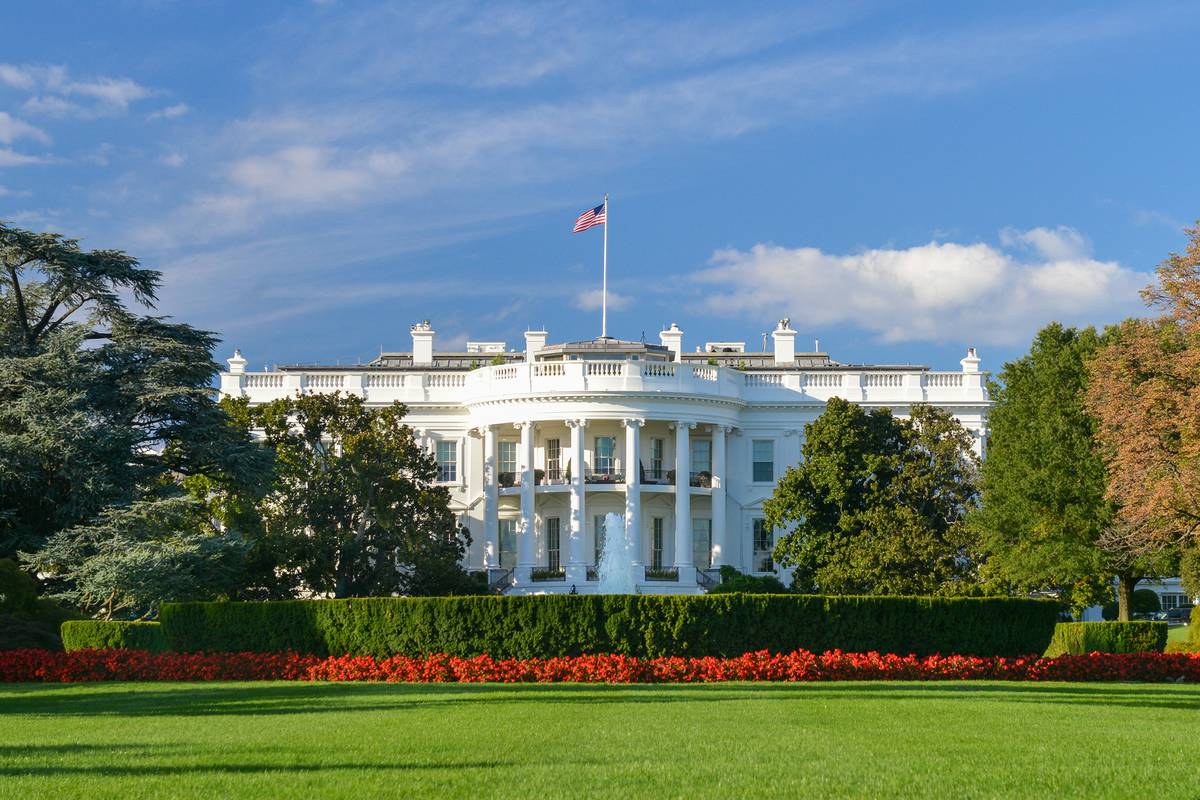 Welcome back to the Scuttlebutt, pull up a bucket.

Mark Twain has been quoted as saying “there are three kinds of lies: Lies, Damned Lies, and Statistics.”  Mr. Clemens, in turn, attributed it to Benjamin Disraeli. (If you don’t know who that is, go look it up, it will do you a world of good.)  It appears that the first version was actually from Arthur James Balfour, the first Earl of Balfour, and Huxley printed an earlier version that swapped out “statistics” with “experts.”

Well, there’s a lot of that third kind of lying going on right now, along with a lot of confusion and some false equivalency.  Let’s go take a look.

One of the most repeated sob stories from the current administration is that the economy is “NOT OUR FAULT!!!”  Secretary of the Interior Deb Haaland, who is, of course, a political appointee and a senior member of the Biden Cabinet was quoted earlier this week as saying:

“For too long, the federal oil and gas leasing programs have prioritized the wants of extractive industries above local communities, the natural environment, the impact on our air and water, the needs of Tribal Nations, and, moreover, other uses of our shared public lands.”

This tells you that the “we hate the oil industry” disease is coming from the very top.  How does it manifest?  In June of 2021, a federal judge determined that Biden’s ban on new oil leases violated the law.  (Remember, “we’re doing everything we can to alleviate the suffering of the American people in this Putin caused recession…”)

So, this week, NINE months after the judge told them to knock it off, they finally opened some land for bid. Their press release bragged that: “the 144,000 acres opened represent ‘an 80 percent reduction from the acreage originally nominated’ by energy companies. And, for the first time since 1920, royalties will rise — from 12.5% to 18.75%.”

Does this sound like they’re doing everything they can?

Another fun fact, for State lands in Texas (as an example) the permitting process takes under a week.  The Biden administration averages 182 days for the same permits.

More on the permitting piece, Enbridge Inc. which owns over 14,500 miles of natural gas pipeline, wants to replace its deteriorating pipelines with new pipe.

Seems reasonable, after all, the “big environmentalists” (like Warren Buffet, who never met a pipeline that he likes, and let’s ignore the fact that if it doesn’t go in a pipeline it has to go on railroads he owns, which has NOTHING to do with it! Hey, pay no attention to the guy behind the curtain!) complain that the big danger to pipelines are leaks…

Funny thing, though… these same environmentalists have had the work to replace the pipe tied up in court for most of a decade on “environmental concerns” and the department of the Interior has been aiding and abetting those suites. You know, I’m just a dumb old sailor, but it seems to me, that if you’re concerned about the environment, the last thing you would want to stop is the replacement of old pipe with new…

But they’re doing everything they can, and “oh look, we’ve opened all this new land for exploration, see, we aren’t the ones that are causing the fuel crisis!”

Biden just announced (Tuesday) that he’s restoring the stricter environmental standards for approving new pipelines, highways, power plants, and other construction projects, including requiring consideration of how the project might affect climate change.  This reverses a policy removed by Trump.  https://www.wsj.com/articles/biden-administration-restores-stricter-environmental-reviews-11650373201

In somewhat related news, Biden’s Department of Energy has announced plans to allocate $6 Billion to refurbish and maintain our aging nuclear power plants.  Energy Secretary Jennifer Granholm stated: “U.S. nuclear power plants contribute more than half of our carbon-free electricity, and President Biden is committed to keeping these plants active to reach our clean energy goals.” That’s nice, but while they contribute “more than half of our Carbon-free electricity” they only generate about 20% of our total energy, and those new rules on Environmental standards mean that NEW power plants, and let’s be honest, we need to more than double the 55 operational power plants we have, if we actually want to get to our “clean energy” goals… Well, those aren’t going to get built this decade, and next decade doesn’t look good either with all the hurdles Biden just put in their way.

On another front, Kamala Harris just announced (Monday) that the US will impose a self-moratorium on shooting down satellites, because Russia created a shitshow with their test last November, placing some major shrapnel in the orbit path of the ISS. (if you don’t remember this, here’s the article:  https://www.space.com/crussian-anti-satellite-missile-test-world-condemnation)

What Russia did was a bad idea, and rather stupid in the way they did it, but to shut down our testing program unilaterally, saying (to quote Harris) “Simply put, these tests are dangerous and we will not conduct them. We are the first nation to make such a commitment. I call on all nations to join us.” And believing that Russia will join us out of the goodness of their hearts… is like cutting off your dick because someone got raped by a football player, and saying “I hope that this is a lesson and that all men will join us in this effort to stop rape!”

Speaking of rape, let’s talk about the rape of our military budget.  According to JCS chair Mark Milley, the guy who thinks making sure the military is safe for troops in drag is more important than making sure they’re safe on the battlefield, we spent $1 million dollars and 5.8 million manhours on programs meant to address extremism, diversity, and prepare for climate change.

Well, first off, those numbers are bogus.  I’m not sure where he’s getting the $1 mil from, because we spent that much not counting manhours, just at my former command.  Then there’s the manhours, which are also money, and time that can’t be spent doing the mission.

For every hour that some guy or gal is spent being beat about the head and shoulders that “Gay is OK, Black Lives Matter and Sexual identity is whatever the person tells you it is,” as well as the completely insane “Men can have babies too, Sex doesn’t exist (except when we have to choose a woman for something to make inclusion quotas) all white men are evil and the cause of all the problems in the world, and all the rest of the radical left agenda” is about an hour and a half spent not fixing ships, learning how to blow ships up, practicing movement to contact, and all the other things the military is SUPPOSED to be doing.

(Why an hour and a half for every hour? Because this shit is never taught at the worksite, you have to get off the boat, or out of the field, clean up, put away your tools, troop the mile or two over to where this bullshit is taught by some unknown gendered thing in purple hair, then troop back to the worksite, get the stuff out, and go back to work… Oh and trust me there’s going to be some vigorous discussions among the troops that will eat up even more time…)

Manhour charges alone we spent well over $122 million in lost production.  That probably only counts the manhours for the people in uniform, not all of the civil service folks that have to go through this too.  In short, we could have bought at least two new F/A 18 super hornets for the amount we spent on this…

Still, maybe it would be worth it, if the military was actually a breeding ground for the KKK, or some other radical organization (like BLM.)

So, let us look at some numbers.  Well, I’m told by the “Center for Strategic and International Studies” which is a leftist think tank in DC, (you can find the report here:  https://www.csis.org/analysis/military-police-and-rise-terrorism-united-states) that: The percentage of all domestic terrorist incidents linked to active-duty and reserve personnel rose in 2020 to 6.4 percent, up from 1.5 percent in 2019 and none in 2018.

OK, that’s scary on the face of it.  Although if we think about it, in 2018 no one was considering being a fan of the president at the time to be “domestic terrorism” by 2019 some people were thinking and charging based on that, and by 2020 it was almost doctrine that being a Trump fan made you a domestic terrorist, but burning down Kenosha, well that was OK.  Still, let’s take that thought and put it in the parking lot, and go back to the raw numbers.  The military active and reserve troops were responsible for 1.5% of the attacks in 2019 and 6.4% of the attacks in 2020.  The report keeps pounding on that set of numbers.

So, what does that REALLY mean?

Uh, well, in 2019 there was ONE (1) guy out of the 65 involved in alleged plots (oh, and it’s worth noting that some of these alleged plots have since been found in a court of law to be nothing burgers, so even this crap is inflated.)

Now if you dive deep enough behind the headlines, this report does admit that: “While these individuals represent a tiny percentage of all current active-duty and reserve personnel,” though they then tack on: “the increased number of incidents is still concerning.”

Maybe we can get congress to tell General Milley to quit wasting hundreds of millions of dollars on a nothing burger?  Naw didn’t think so.

Final thoughts, we went to see the newest “fantastic beasts” movie over the weekend.  It wasn’t as much of a woke fest as I had been led to believe.  It wasn’t as good as any of the Harry Potters’, but it wasn’t bad.  There was a total of 6 minutes of woke bullshit in the movie when they’re discussing how Dumbledore is gay and was in love with the villain of the piece.  OK, Dumbledore is gay… So what, don’t care.  But, here’s the piece that bugs me:

How do I know that there are 6 minutes in wokeness? Because that’s how many minutes LESS the movie has in China.  They cut all mention of Dumbledore being gay in the Chinese release.  If it’s so unimportant to the storyline, that you’re willing to cut it so that it can be seen in China, because you want their money, why did you HAVE to put it in the release for the rest of the world?  I mean we know, in spite of all protestations of innocence, that Hollywood is not JUST a whore, but a blowsy old crack whore who saw her best days long ago… Still, even a whore has some sort of standards.

Here’s the thing.  If the fear of loss of money was enough to get Hollywood to bend the knee to China, maybe it’s time we used that same tool? It’s obvious that money gets their attention.  Vote with your wallet.

OK, that’s all for today.