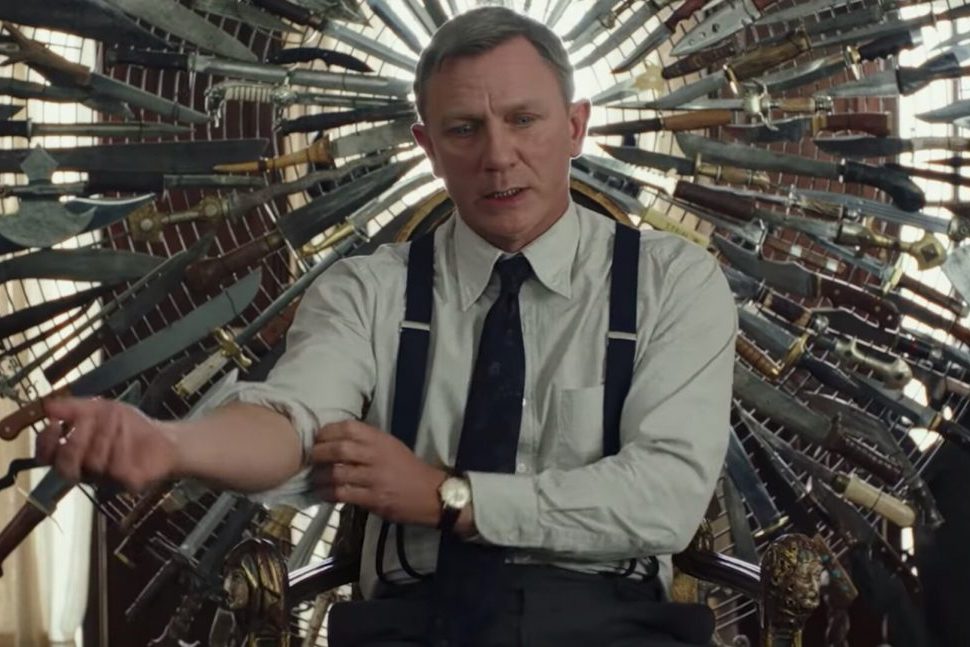 Grab a cuppa and have a seat.  It occurs to me that the title of this piece could lead you to think this is going to be a political discussion…

Look, we all know that this whole impeachment process is kabuki theater.  It’s nothing but Democrats posturing because they haven’t got anything that will stick, and Republicans posturing because while they may not be wild about Trump, they sure as shit ain’t gonna let the Democrats overturn the election.  It makes me long for the days when politicians could meet on the green at dawn and have it out with pistols or swords.

No, what I want to talk about is a most excellent movie, titled: Knives Out.

I’m a big fan of Mysteries if they’re done right.  As a writer, I’m a bit of a mystery snob. As a former cop even more so…

There are rules to a written mystery (or a film).  Real life, you may not get all the clues, and that way leads to cold cases, and people literally getting away with murder.  But as a book or a film, well that’s just bullshit. This is supposed to be entertainment, watching some dirtbag getting away with killing someone is not entertaining.  So, let’s talk about the rules.

A properly done mystery must have a couple of things:

This last one is important.  I am second to no one as a fan of the late Sir Arthur Cannon Doyle but as a mystery writer, he was a cheat.  You don’t get to pull some BS piece of esoterica out as a method of solving the crime, that the reader never got to know. “Well, as you know Watson, my keen sense of smell allowed me to detect a strain of tobacco grown only in the Hindu Kush, where our suspect has spent his last several weeks…” Oh, come on!

This Movie gives you every clue.  Oh, they may be buried deep, it may be a throwaway line, that if you rustled your candy wrapper too loud you missed, but the clues are all there, and it’s not the writer’s fault if you misinterpreted them.

Right alongside Murder on the Orient Express, this movie was proof that Hollywood CAN still make movies that aren’t just FX extravaganzas, that aren’t Social Justice Warrior pieces, and that is entertaining and worth seeing.

Why they don’t, is a mystery in and of itself, but it’s the real-life sort, where dirtbags get away with shit, and no one ends up paying.