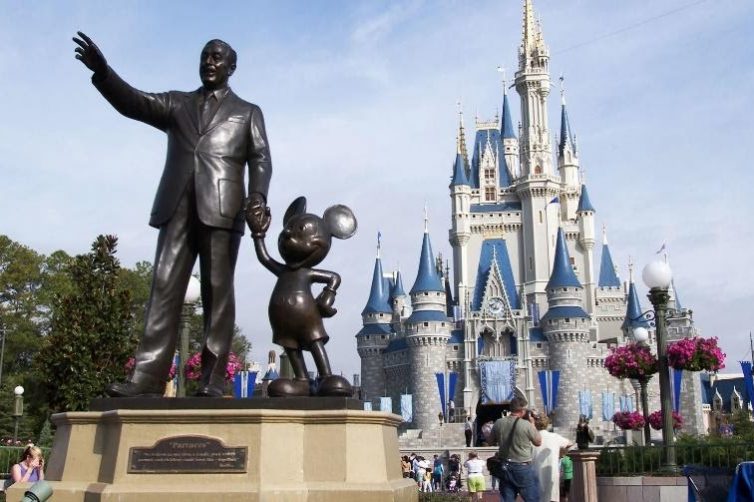 So here we are in Florida.  Took the Granddaughter to the Magic Kingdom yesterday (as I write this on Tuesday morning.)  She wiped us out… The pedometer on my phone says we logged over 5 miles.  By the time we got home, the wife and I were hurting units, feet, calves, etc… BUT old age gets its revenge!

She fell asleep with the lights on, still in her clothes, and we were unable to wake her this morning for the next park visit!  Oh, she woke up… “I’m still tired, I want to go back to sleep for a bit.”  I’ll try again in about an hour to get her up, get breakfast and head out.

So, before I get to the evil kingdoms, let me say a few things about the “Magic” one.  First off the good:

Last time I was here was a LONG time ago (like 1980s long.)  They have improved the hell out of a lot of things since then.  It used to all be “Monsanto’s this, and Boeing presents that” every ride seemed to have a corporate sponsor and you would get a nice piece of propaganda on the line to your ride.  All that is, I am glad to say, GONE.  No more getting various sponsor bla-bla with your ride.

The app, which I did NOT want to put on my phone but which is pretty much required these days does have a couple nice features.  Want to know how long the line is for splash mountain? Check the app.  Want to find out if they fixed the haunted house? Check the app.

They only have half the eateries running, and those are “you must order on the app, then we will call you when your food is prepared so you can come in and eat.” Well I think they’re missing a bet here, there’s extra stuff I would have bought if I could have ordered at the counter, and as hot as it was yesterday (90 with a 75% humidity, ‘bout killed this old bastard) having all the eateries open and available would have gotten them a lot more ducats.

Which brings us to, The Ugly:

Walt, you should be rolling in your grave.  Look the price for admission is a brass clad bitch, parking is another big ass bite, you still need to charge $3.50 for a fucking water???  REALY? Now I know “You got us as a captive audience” and I know that just the Electric bill for that place has to be bigger than the national debt of some nations, (especially with the Air conditioning and open doors) but DAMN, knock off the price gouging just a little, huh?

Still, seeing it through 12-year-old eyes was a pleasure, I don’t regret a second.

OK, now let’s talk about the not so magical Kingdoms. In fact, I’m going to go with the evil empire here.

That last little bastard, (Zuckerberg) felt the need to start bombarding us on Independence Day Weekend, for fuck’s sake, with “You may have been exposed to “Harmful Extremist Content, here, tell us, we can help.” and “are you concerned that a Friend is becoming an Extremist? Please tell us, we can help.” and other such Stasi, Gestapo style bullshit. Here is a very NON magical Kingdom!

Zuck, I’m not sure where you think you grew up, or what sort of social engineering you think you can get away with, but at least as far as this writer is concerned, if there was any doubt that you crossed the line to “Provider and Publisher” this completely obliterated it.  It’s far past time for the government to remove the protections against lawsuits afforded to you by benefit of being “just a medium for other people’s expressions.”  Between the way you censor content, the content that you create, and what you promote, you are a media, just like the NYT, and, just like the NYT, since you are deciding (at a corporate level) what is and is not printable, you also bear the responsibility for that content.  It’s high time people held you accountable.

If you want to promote a culture like Communist China, well, that’s your call, but do it somewhere else, that’s not how we do things here in America.  Now, just for fun, I’m going to make sure and post this article on Facebook, both to see how long it lasts, and whether or not the ‘bots (human and software) that they use will read far enough down the page to find all of this, and put me back in the cooler for another week, as well as taking it down as “inappropriate content.”   (late breaking news, They didn’t even let it get posted, I just caught a 7 day ban from everything and a 90 day for all commercial stuff, which frankly doesn’t matter because I don’t pay Zuck to advertise my stuff, I refuse to give that punk any of my money!)

Yes, I have been exposed to extremist content, but it’s all been by the Mainstream media and folks like Nancy P, AOC, and your ass, Zuck.

Well, we finally got the kid out of the rack and into the shower, so it’s time for me to get off this thing, finish breakfast, and head off to Universal Studios.  You folks stay safe, and watch your six.