Just Because You Are Unique…. Does Not Mean You Are Useful. 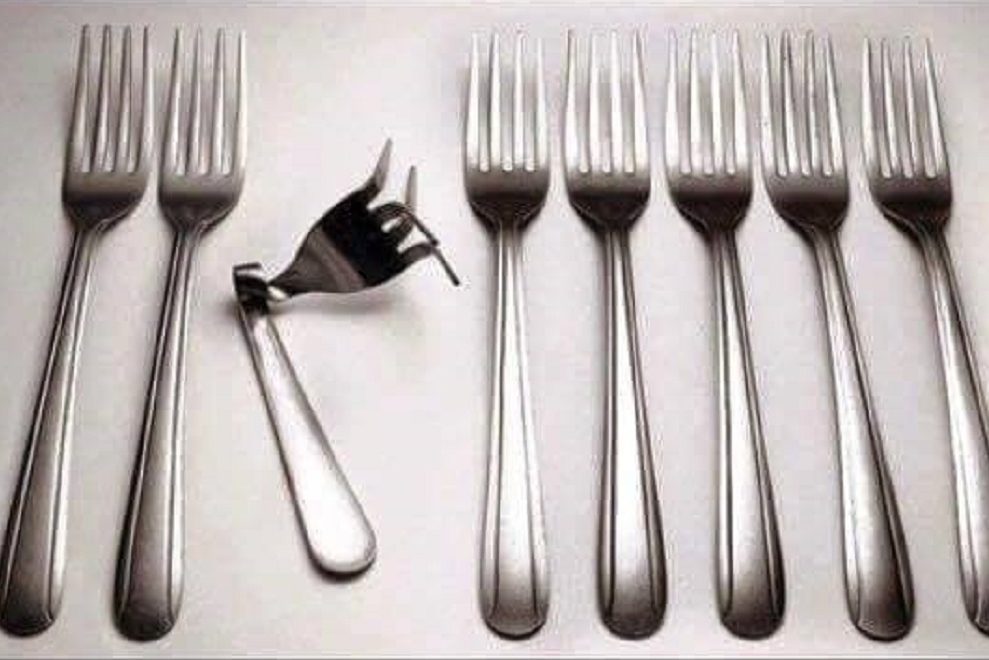 Welcome back to the scuttlebutt. HI folks, pardon me while I break out my soap box.  Let’s talk about the world as it exists. Society is basically a game, and a physics problem. More on both of those later.

This particular rant has been generated by reading some things posted by friends of mine, and their friends, over a fairly long period of time. It was brought to a head by something I saw today. A person I know was bemoaning their fate because they had been forced to cut their hair, remove their beard, and join/ conform to societal norm in order to gain employment.

Fair warning, if you’re the type that believes that Creativity should be rewarded just because it exists, and that society should answer to creativity and potential rather than the other way around stop reading now. Really. Press the delete button. You have been warned, I accept no responsibility for your blood pressure or your desire to call me bad names, and leave hate mail  etc… if you keep reading.

OK, since you’re still here, I’ll assume we can continue without you finishing this and sending me a message calling me a poopy head and saying you’ll never talk to me again.

Folks, Money is meaningless. Yes, I said that. Money as money, doesn’t mean anything. Those green pieces of paper with pictures of dead presidents (or whatever you have in your wallet, be it a buck, or a mark, or a yen, or a pound) by itself is worthless, it doesn’t even make good toilet paper.

It’s a place keeper. A way of keeping score. This is where that part about society being a game comes in. A dollar can’t be used to fix your car, or to pay for art, etc, what it does, is act as a bookkeeping tool. If you do something well enough, people will pay for you to do it, or pay to watch you do it, whether it’s brain surgery, or Bass fishing. Hell there’s a guy who makes a really excellent living by eating. Yes, he gets paid to EAT, because he does it really well and in an entertaining fashion. (I’m talking about the guy from “man vs food”). Money exchanges hands because people value your talent at doing x (and x needs done, or is aesthetically pleasing to them). This is the nature of the game.

You can cheat at the game, and we call that theft or fraud, or any of a number of other crimes. You can start with an advantage in the game, but if you do, it’s because someone in your past was very good at something. It may have been cheating (cough, cough, Kennedy bootlegging, cough) or it may be that they had a vision of where the future was headed and got out front (cough, Getty, cough) but someone was very good at playing the game. The baseline of society is that we self select and self define talent, and reward it with hours of our (or an ancestors) lives, which is really what those green things represent.

Let’s take a second to discuss Creativity/potential. I had a lot of kids work for me in the Navy that I was told had Potential. That’s the kiss of death. In Physics, potential is worthless by itself. Potential energy means nothing. Potential energy, applied as force to an object, becomes WORK. Work is useful, measurable, and quantifiable. This is true in society too. Every baby born has the potential to be the next Albert Schweitzer or Bach, or Einstein, or Hemingway… It’s what is done with that potential, over time and distance that determines whether they realize that potential.

Not all of this is controllable by the child, but even given every advantage, not every child reaches that potential. Then there’s the matter of vector. In Physics the direction or vector of the force applied determines which direction the work is exerted. The same is true in society. There are criminals out there that have a whole lot of potential, but they aimed it in the wrong direction. Well Creativity is substitutable for potential. Every kindergartener has creativity up the wazzu. But they have no talent (yet) and they have not applied that creativity. Creativity with work and without talent is a hobby. Creativity with talent and without work, is a bum under a bridge (oh sorry, they’re homeless Americans now. Or is it Otherly residential or some equally stupid phrase?)

Now hobbies are great. Hell, I have a hobby of sticking steel or rattan into my friends and acquaintances while they’re trying to do the same to me. (it’s called the Society for Creative Anachronism, look it up) I’m pretty good at it. In another time I might have made a living at it. But I’m not good enough to get people to pay to watch me now. I have a hobby of walking around in the woods and shooting large furry animals. I could make a living out of it if I had to. (In a post apocalyptic definition of living) But I’m not Jim Shakley or any of the other guys that have hunting shows, because I’m just not that good.

Well to get back to the complaint of having to sell out to “the man” by shaving their beard, cutting their hair, and becoming a “corporate drone”, we need to look back at that concept of placekeeping/ money. Money defines talent.

Each and every one of us, by what we’re willing to pay to have done, or to watch, or to buy, defines what talent is. During a discussion recently I was told that “society can’t tell what talent is! People don’t know Real Art”. To this I say BULLSHIT. Society is the only reasonable arbiter of talent. If people are willing to pay for it, it’s good. (note, this goes from the masses buying a novel, print, or CD to some wealthy patron funding your art. It also goes for things like being a good mechanic or electrician) If people aren’t willing to pay for it, It’s not.

Is this the “Best” arbiter? Well the only other one I’ve seen or heard of, is some self selected person or board determining Art by funding it with MY TAX DOLLARS. This leads to  Mayerthorpe’s“piss Christ” a picture of a Catholic crucifix in a glass of urine, and the glass and steel sculpture in downtown Bremerton WA that is a fish catching a fisherman done twelve feet high. Sorry but my grandchildren’s first grade drawings were closer to art than that, and I really RESENT my tax dollars going to pay for it. (NOTE, I am not a Christian, I don’t have to be to find Mayerthorpe’s work to be garbage).

If you can’t make a living at it, you either don’t have the talent, or the creativity, or have done the work needed to be good enough at it to make a living doing it. In short, DON’T QUIT YOUR DAY JOB. If you have enough of the above qualities, you can break society’s rules and still make a great living. If you have enough talent, and creativity, and do enough work, society will ignore your hair and beard, your tats and piercings. However if you can’t make a living at your creative outlet, well, you have three choices:

Keep doing it as a hobby, (trying to get good enough to get paid for it, or just because you enjoy it and it makes life worth living) while rejoining society (you know, the guys that have that bookkeeping system we call money). Quit doing it, write it off as a bad idea, and rejoin society. Or, divorce yourself from society, and go do the hermit thing.

Now I don’t care which you do, but If you don’t want to play by society’s rules, and you aren’t good enough to get an exemption by benefit of your skill, why should Society continue to support you?

I remain yours in service, William Lehman.