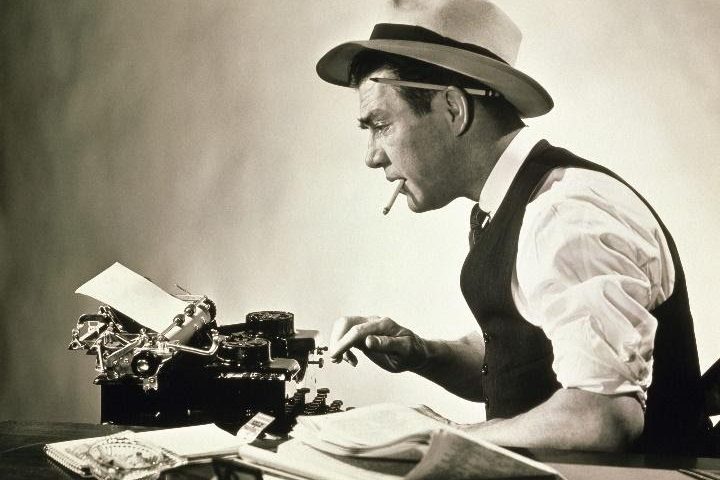 pull up a chair, pour something, and let’s talk.

I was hard put to find something I wanted to talk about today.  I think I’m going to discuss what passes for journalism these days.  Look journalism used to mean “reporting the facts.”  Now it seems the dictionary has changed the definition, and it says: “the activity or profession of writing for newspapers, magazines, or news websites or preparing news to be broadcast.”

Edward R. Murrow is no doubt revolving at high speed.  Look, let me make clear that I am not a journalist.  (well I am by the new definition, but no ma’am, I do not claim that title.) I am an editorialist.  I write Op-Ed pieces.  Yes, they inform, but they are meant to give an opinion, and to advocate for that opinion.  That should not be the role of a journalist.  Their job should be to print the facts, and let you decide how to react.  Now, I know that wasn’t always the case, but even the old era of “yellow journalism” kept a lot of the editorializing in the “opinion page” …

There’s this thing called “semantics” which, according to the dictionary, means: the branch of linguistics and logic concerned with meaning.

In everyday usage, semantics are words chosen to elect an emotional response.  They may be nominally true, exaggerations, distortions, or out and out lies.  All meant to get you thinking with your emotions, and to convince you that what they are talking about is not only true, but evil and malicious or heroic and noble.

It’s a popular phrase to say “Well, that’s just semantics!” If you use that phrase, go wash your mouth out with soap.  Semantics, or as it’s popularly put in political circles “SPIN” makes all the difference in the world.  What would you prefer to have for breakfast, a cheese omelet with ham and green peppers, or a concoction made from the aborted fetus of some animal, milk contaminated with infant cow stomach before being allowed to rot for a year, with some salted, smoked pig ass and some diced up Capsicum annuum?  Yes, of course they’re the same thing.  But you were expecting it, and that was a gross example.

Look let’s take a gander at a couple of the news articles recently:

Let’s see, “Efforts to subvert” “audacious effort,” “the most coordinated politicized attempt to overturn the will of the voters in history” … All of that in the first three paragraphs.  Folks that’s not reporting, that’s editorializing. These excerpts appeared almost verbatim twice in three days in separate articles about president Trump, published originally in the New York Slimes, and then carried by every paper that is affiliated in any way with the NYT (which is to say about 90% of the fish wrappers in America.)

On the other hand, we can find: “Intentional fraud” “Criminal conspiracy” “attempt to subvert and steal the election” and “bought and paid for by China” discussing the same events, but with a right spin, vice a left spin.

Our news sources are no longer even attempting to “report the news”.  They’re trying to form your opinion, and make you think that their statements are FACT.  Dr. Goebbels would be so proud.  When you have to go to a foreign news source (BBC, Al Jazeera, etal) to get something more like a spin free source…

I mean think about this for a second.  A Middle Eastern News source has a more accurate, less semantically loaded report of what’s going on in our country than the NYT, the Seattle Times, etc.  If that doesn’t embarrass you, if it doesn’t make you morn for the loss of truth, and if it doesn’t make you just a little bit nervous,  you’re either stupid, or part of the problem.

Look, people on both sides of the divide are banging the drums of war.  Truth is the first casualty in a war.  Was this election legitimate? We will, at this point, probably never know.  Records have been destroyed, machines have been erased, reports of machines set up with programming errors are legion, and seemingly the only places where these machines were used were in Democratic states, or states that went Democrat this time but went Republican last time.  There are a vast number of people that believe that we have seen the last real election, probably in 2012, maybe in 2016.

I’m not convinced that’s true, but I’m also not convinced that there wasn’t any cheating going on, and I mean LARGE SCALE cheating.  I know too many forensic accountants that are saying this whole thing stinks.  Further, the side that’s accused of cheating is shutting down investigations, getting injunctions, and working hard to keep anything from being fully investigated.  I suppose you can say that “well, we don’t want to dignify their accusations with the veneer of legitimacy” as I have heard a Democratic wag say.  I literally don’t know what truth is at this point, and I think we will never know. What I do think is that our press is so damned biased, so in the pocket of one side or the other, that I can’t believe ANYTHING they say.

Now I have had a jaundiced view of the press for a very long time.  It comes from being at some major events over the years, from international wars, to local crime scenes… Never ONCE seeing a reporter anywhere near, and yet reading an article or articles about it later that were so far off what I saw that I had to go and read my report to make sure we were talking about the same event.  They only had our word to go on, whether in the form of a police report, or a military after action report, and yet they reported something profoundly different from what we said in our reports.  In other words, they fucking lied.  Ok, you can pretty it up semantically, they embellished, they prevaricated, they equivocated, they distorted… there doesn’t that sound so much better than they fucking lied?

And yet, that’s what they did.

Now it’s so bad that we literally have two sets of news, two sets of “truth.”  And so, truth, as I mentioned has become a casualty.  I’m wondering who the next casualties are.  Innocence died long ago, Liberty is looking awful poorly, honesty was aborted or still born (I’m not sure which) and Civility was clubbed to death.  So, who’s the next casualty? Liberty?  Freedom? The Constitution? Or you and I?

If you let it happen, all of those are at risk.  We must not let the American experiment die from fratricide. Examine what you’re told, (by everyone, me included) question whether or not it passes the giggle test, demand transparency in all government dealings, and in our news media.  We stand on the edge of a precipice. If we fall off, we will take the entire world with us, and we will put down the last best hope for freedom.  If we fall, where will liberty live?  Do not let that happen.  Reason and honesty could still turn this ship around, but the distance left before the reef is shrinking fast.

Is this election result going to be overturned? No, it’s not. There is no real way that can happen, short of armed insurrection, or martial law and the revocation of the election by the executive branch.  Neither one of those would save the republic, in fact both would kill it.

If they cheated, they got away with it for now.  That doesn’t mean that is the end.  It means that Biden will become president.  If enough evidence of fraud turns up later though, he could be tossed out of office and Harris with him.  I remember Nixon, and the Ford “caretaker” government.  That’s probably the best we can hope for if they did cheat.  If they didn’t cheat, (or even if they did) then ensuring that we FIX the election system so that this may never even appear to happen again is VITAL.  That can be done at the local level.  The SCOTUS refusal to give Texas etal standing, made clear that if you’re going to fix the state elections it must be done at the state level, the federal government is not going to step in.  If you don’t fix it, it will eventually come to a shooting war.  There Are too many people on both sides that are willing to go there.

Stay safe, stay cool, but keep your head on a swivel, and keep your weapons where you can find them in the dark.