It’s the Little Things in Life 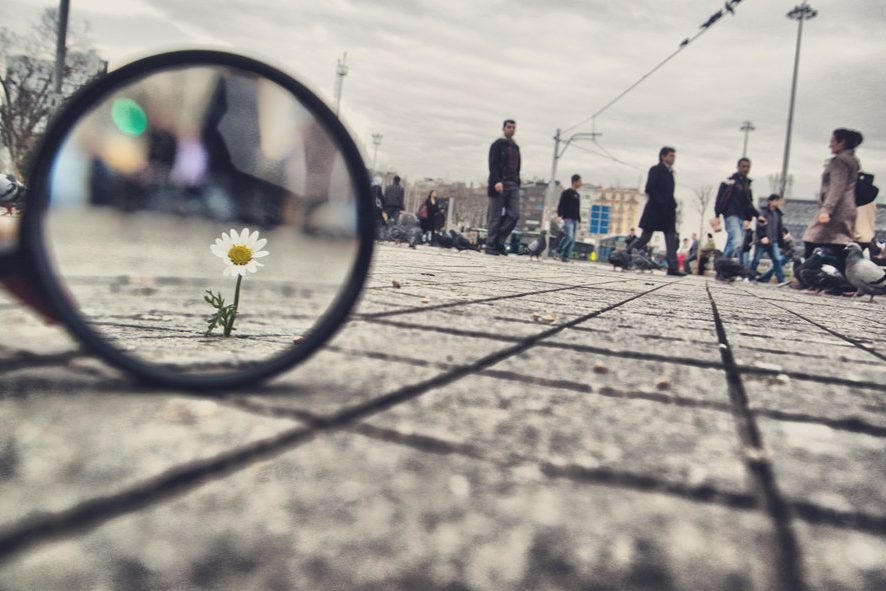 The other morning at Starbucks started out like any other day. A bazillion and one frappucinos had been made, we had killed the store record for fastest wait times in drive thru and I was finally going on my break. I was so hungry, tired, disheveled looking and covered in syrup.  The last thing I wanted to do was speak to another human being. I had thirty minutes all to myself. Silence was going to be so golden! As I rounded the corner to get a beverage and have some long awaited, much anticipated food, the line began to form out the door. Great I thought, here goes my break! So many people and I bet that someone is going to want to ask me a question. I begrudgingly got in line. I had my card out ready to pay when one of my favorite customers came up behind me, presented their Starbucks in place of my card and said Sara let me get that for you. I was speechless. Just when I was having my ultimate moment of grumpy, a glimmer of happy came in and swept it away as quickly as it had come to be.  I was humbled, thankful, and more importantly reminded  that every moment matters.  Life is full of moments, some that we are proud to be a part of, others are ones we wish we had been more patient with and still others that teach us more  than we realize in that particular moment.  I couldn’t not smile the rest of the day thinking how one small thing had changed my entire outlook on the day. I thought what if that hadn’t happened?  What would have become of the day?  Would I have been able to change my outlook all on my own, or would I have remained grumpy and unreceptive for a majority of the day?  You all know that I say be the change, love others, and make a difference. It is a humbling place to be on the receiving end of someone doing just that. The little things do matter and at many moments in our lives they are easily forgotten and overlooked.

I had a minister growing up that worked part time for the church and part time at Lowe’s. He and I would trade stories of customers, working for a big company and what we did in spare time while it was slow. I remember saying I don’t generally have a lot of free time. My job is go, go, go. He replied I have a bit more free time than you do.  I asked what he did in his down time at work. He being honest said well I would say there isn’t a lot of glamour found in picking up debris and pennies in the parking lot but that is one of those things that I do when we aren’t busy.  It can be tiring and not much fun especially in the summer heat of the day.  I found myself thinking, what can I do that is helpful while I am out here in the parking lot all alone.  Then I hit me, every time that I find a coin I am going to say a little prayer of thanks every time that I pick up a coin.  There are a lot of coins to be found in a parking lot. So he did just what he set out to do and slowly but surely life became more and more something to be thankful for.  The prayers thanks that my minister gave thanks for were not always big things, the little things only changed the perspective of a much bigger picture.  Being inspired I thought to myself where can I do that in my life?  What I can I do to put my focus on being thankful instead of the things that I don’t have.  What would it do exactly to my view of the world and everything in it? Yet again it was the little things in life that had the most pull to see that there was so much more to life than what met the naked eye.

I remember several times while on mission work in Honduras watching all of the families come in and each of them being so thankful for a short visit with one of our doctors. What I took for granted back home and what seemed like such a normal day to day thing was not such a normal thing for each of the families that came in.  Something as simple as vitamins were not so easy to come by for these families. Amoxicillin and a day to day eye drops were not so easily brought into a household. Something as small and insignificant as Neosporin was a much needed item. Simple things like my Tylenol that sat in my backpack were needed but more importantly was something that each family was so thankful for.  How many times a day had I taken for granted that I could drive to the nearest pharmacy and buy a bottle of Tylenol and have plenty left for another day. That I didn’t need to share it with my entire family.  That was beyond humbling for me and became a moment that made me decide right then and there that I would do my best to give thanks for the little things in life. There were so many that had hardly a fraction of what I had in the world. I knew that if I kept the God goggles on focused on what God was calling me to be thankful for my whole entire world could be changed for the better.  I have eyes to see these moments. They were everywhere I turned but only if I were ever vigilant.  What did truly mean to give thanks for all things. Could I possibly do that?  What about the times that things don’t always go as planned? How do we give thanks then?

I wish that I could say that having that frame of mind is easy and that I manage to do so all of the time. That would be a giant stretch of the truth though. Those moments can be some of the toughest ones of our lives.  But if we continue to surround ourselves with the people that will lift us and encourage us to continue to fight the good fight of seeing good in the world around us, even when we don’t want to, makes the journey of where we are going all the more worth it. If life were easy and uneventful than we would never learn to be thankful for the little things. Remember that no matter what life throws our way, it up to each and every one of us see the good in the little things. #givethanks #bethechange #lovealways #talesofasiren Until next week friends. Thanks.