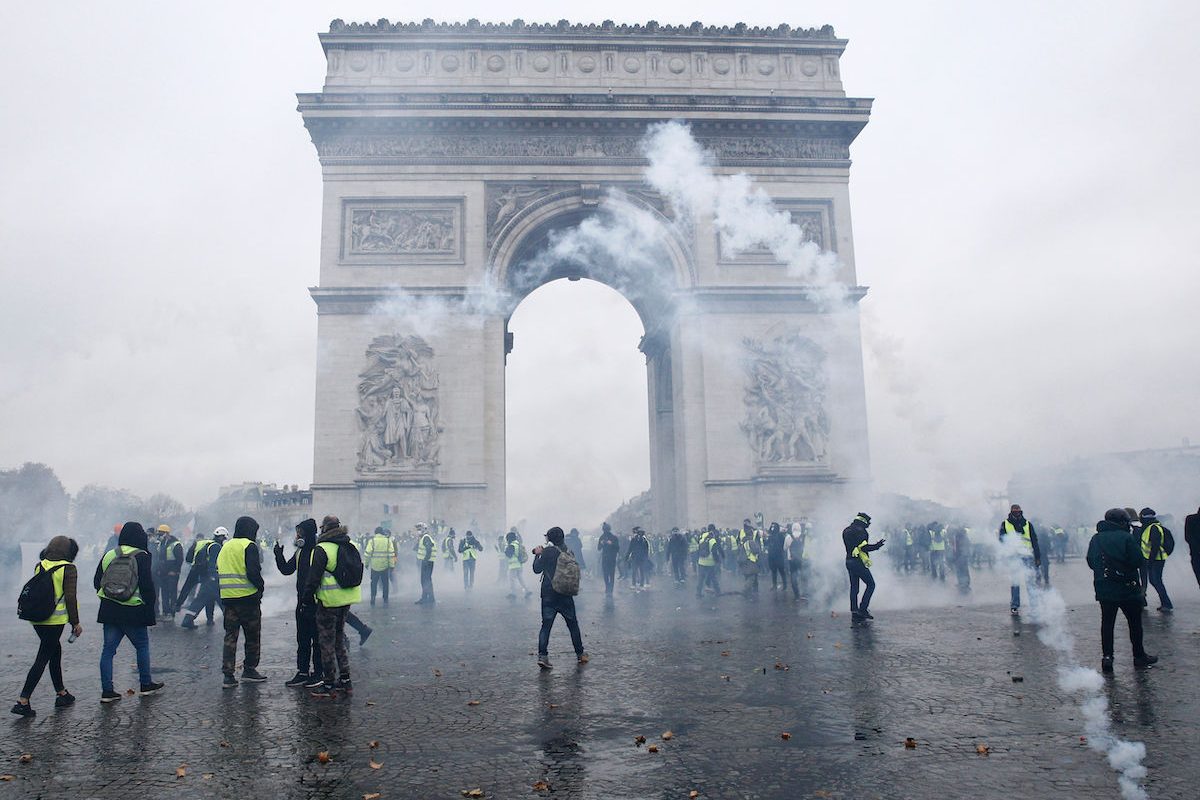 Pull up a chair, have a cupa, and let’s talk.  Boy is there a lot to talk about!

Let’s start with the Russian seizure of three Ukrainian Naval Vessels. Wow, that’s a balls call there Putin.  Now I know this happened a couple weeks ago, but Movie reviews are more perishable than Navy news, so I held onto it until now.  Besides, it’s still news, because Russia still hasn’t given the ships or crews back. In fact, Russia transferred the Sailors to Lefortovo prison in Moscow.  As an old cold warrior, Lefortovo was the boogie man, that was the place the KGB took foreign agents to torture and kill them. This is NOT a good thing.

On the surface, this is about the Russian “right” to close off the Kerch Strait into the sea of Azov (feel free to stop long enough to look up the geography if you’re a little rusty) Russia owns or controls both sides of the Strait right now, due to the land grab/occupation of the Crimean Peninsula.  By some international law perspectives that would indeed give them the right to control shipping traffic through the strait, until and unless there’s a treaty written. (see also the Straits of the Bosporus treaties and such on this subject). Other international law perspectives beg to differ, because:

2)  Russia doesn’t own all the shore of the Azov and has no right to block off legitimate travel and interests of the other country (Ukraine) that has shoreline and ports on that sea.  (and again, see the Straits of the Bosporus treaties on this.)

It’s ironic that the same thing that Russia screamed about when another country (Turkey) suggested that they might do, (close off a strait that was owned in fee simple by that country, without concern for how that would affect other nations naval and shipping concerns), is now something that Russia thinks is perfectly fine to do.

The big picture here is a little more complex.  Russia and the Ukraine have been fighting a proxy war for years now.  Russia can’t stand the fact that they lost one of their most successful puppet states after the collapse of the USSR.  The Ukraine was the best growing region that Russia had, as well as having one of the three big shipyards, one of the biggest naval bases, and a lot of industry.

From the Russian perspective “we built that!  It’s ours!”

Of course, from the Ukrainian perspective, “you killed us while making us build that for you, our blood, sweat, and tears built that, so fuck you.  Also, you destroyed a shit load of our nation, polluted to the point of inhabitability a huge swath around Chernobyl that we won’t be able to use for centuries, so anything we take from you is just repatriations.”

This is a conflict that has been going on since Katherine the Great decided that the chunk of land to her south would make a real nice jewel on the Russian crown, and Russia would like nothing more than to have that whole nation back under their control/possession.

So, what is this to us?  Well, as I mentioned, Russia wants the Ukraine back.  If they get it, will they be satisfied, or will that just embolden them to want more of the stuff that used to be theirs back?  Stuff like Poland, Lithuania, Latvia, and Estonia?

This is a question for the ages.  It’s sort of like the question of “If Hitler gets the Sudetenland back, will he be satisfied, or emboldened?”  I think we all know how that ended up.

Is it worth going to war over? Well, that’s a damn fine question.  It is a question that we need to answer for ourselves at least, before we, and NATO (which includes Poland, Estonia, Lithuania, and Latvia…) figure out how far we are willing to push Putin.

Look, make no mistake, seizing another nations warship in international waters is an act of war.  We would have legal reason to side with the Ukraine and push this as far as war if we were willing to.  The question is, are we willing to go that far, and can we convince Putin that we are willing to go to war over this?  If we’re not willing to kill and die over this, we need to make sure that we, at least, know that. Shit like this is how accidental wars start.

Then there’s the shit that’s going on in Paris right now.  It looks like the middle class of France has had enough of Marcon and his cronies’ shit.  They’re burning Paris and chanting Tumbril in the streets.

For those that are not aware, the Tumbril is the cart that people were carried to their appointment with Madam Guillotine in.

Paris has always been a place of hot tempers and riots, usually by Arab resident workers, or communist protesters, or angry students.  And usually stopping short of damage. Now it’s the middle class, and the tax payers, and they’ve already damaged the Arc de Triumph by burning it.

It looks like they ain’t playing. Here’s a hint, when you lose the middle class, you’re fucked.

Now the suspicious part of me, finds it interesting that they’re doing this just when Putin needs people to not care too much what he’s doing close to home.  But the fact of the mater is that France isn’t much of an ally in a fight against Russia anyway, in fact they really bring nothing to the table. So, who cares if they are out of the fight.  It does however attract the press.

On the other hand, the complaints by the protestors are all very legitimate, and are driven by Paris’ attempts at social engineering, the taxing to the point of unaffordability on fuel, and the loss of chunks of country to… call it mass migration or call it invasion, it looks the same either way.

Marcon already backed down “temporarily” on the gas taxes.  That doesn’t look like it’s going to be enough. It will be interesting (in the Chinese curse definition) to see how all this plays out.

We have absolutely no horse in this race and should stay the fuck out of it.

Then there’s the latest thing from the UN (via the EU).  The “UN Migration Pact” This is Merkel’s love child, and every bit the bastard birth that that phrase implies.  Among other things, it would be the model that all nations signatory to it, are required to use, to develop laws against complaining about or writing about migration/foreign invasion.  Under this compact, this article you’re reading would be illegal. Not only would I be up on charges, but so would my publisher for carrying it.

Look you, any time that a government, and especially any time that a non-elected wannabe government, like the UN says “this you can not speak of, this you cannot know, this you must not see” the end result is tyranny, just as sure as a knife dropped point first will stick in the ground.  President Trump has led a coalition of other governments that have said “No way! Not now, not ever. Get fucked.” Despite this, it looks like they are going to pass it, and so free speech in the EU is headed down the shitter, which brings us back to the riots in Paris.

France, and possibly the rest of Europe is headed for a populist revolt if they keep heading down this track.  Europe has a long history of being ruled over by self-identified elites who are out of touch of the common man, and then revolt and revolution.  If they aren’t very careful indeed, they’re about to do that again. If they do, what happens to the Ukraine, and the rest of the former possessions of the USSR?  The nations we’re talking about, are joining Trump on his “no, we aren’t going to sign this shit” campaign against the Migration Pact, and are, frankly the most stable nations right now in central Europe (I specify central, because the northern countries of Sweden, Finland, and Norway are not having these problems… of course they also aren’t having as many problems with Muslim immigrants either. )

The next six months or so are going to be wild.  I’m giving even odds for revolutions, and zero to Jackboot in under ten seconds.

Watch out, it’s going to be a bumpy time.  Stay safe.