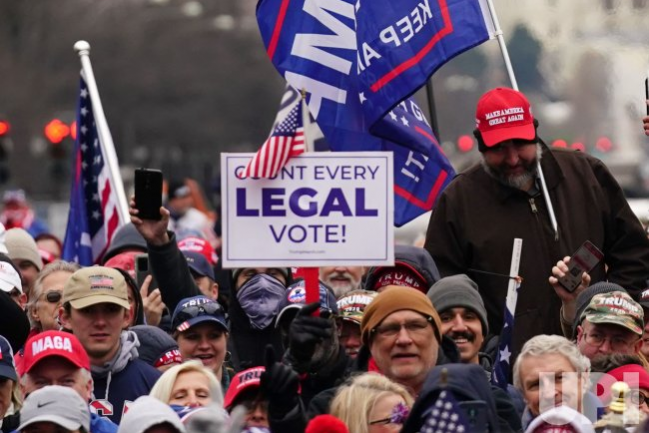 Hey, have a seat, if you haven’t got something already, pour yourself something strong, you’ll be needing it in the days ahead.

Well, the people have spoken, or the fix was in. The Senate races in GA, as you know if you pay any attention at all to what’s going on in the world, went to the Democrats, including one who is about as racist as they come, short of Reverend Wright of Obama fame.  The election count was eerily reminiscent of the regular election with a sudden spurt of pure democrat ballets appearing late at night that put the democrats ahead… somewhere around 160,000 votes, all democrat, all at once.  Just enough to put them both ahead. This somehow sounds familiar.

It’s possible that there wasn’t chicanery there, but the likelihood is damn small.  Then we had the riots in DC, and the occupation of the rotunda, and the driving out of the Senate and House, one step ahead of the mob.

I don’t condone what they (the mob) did, but let’s look at this for a moment. We have had an entire year of riots, assaults, arson etc. by the left.  It’s all been “mostly peaceful” according to the press, it’s all been “justifiable and understandable” according to the same congressmen that were being chivied out one step ahead of an angry mob today.  It’s been “The acceptable reaction to being disenfranchised” according to people like AOC and Nancy P.  We’ve been given the message that it’s OK to riot, to burn people’s livelihoods to the ground, to attempt to burn down courthouses, and apartment buildings.

Well, now we’re all aghast that some folks on the right are behaving the same way.  Actually, that’s not fair.  It’s comparing the Tea Party in Boston where the King’s tea was dumped into the harbor with Kristallnacht or the Munich Olympic attacks.  The Senate and House are at least legitimate targets of wrath, being in all probability the source, or at least providing cover for the shenanigans that went on in this election. No civilian targets were attacked, no one burned anything, no one put anyone in the hospital.  Oh wait, that’s not true, a cop shot and may have killed an unarmed woman inside the capitol building. (late-breaking news, she’d died) No one on the “rioting” side put anyone in the hospital.

Now look, it’s POSSIBLE, (unlikely as HELL but possible) that there was no significant fraud in either of the elections in question.  But if that’s so, and considering the number of citizens, some of which are on the winning side, that thinks there was cheating, I would think that the senate and house would have seen fit to perform the investigation that half the nation (roughly) is screaming for, just for Public Relations if nothing else.

We’ve been told “the courts decided that there was no cheating” … Well, no, the courts decided that they weren’t going to hear arguments on whether or not there was cheating. That does not mean the same thing.  That’s “I don’t want to hear it, it doesn’t matter, I don’t care” not “I’ve heard your arguments and find them invalid due to these facts.”  In the case before the SCOTUS, it was “I don’t think you get to be concerned about this, so shut up!”  That was when this all went south.

There are some pictures floating around that show the two most outrageous of the rioters in the rotunda with hammer and sickle tattoos, and the implication that they were Agent Provocateurs… Truth? Fiction? Deep fake?

In this environment, with as good as deep fakes have gotten, who the hell knows? I don’t think Antifa has it in them, I don’t think they’re that sophisticated.  On the other hand, as an author, having Antifa act as your cats’ paw, with the goal of destabilizing your enemy if you’re a foreign power, or vilifying your enemy if you’re a domestic power sounds like a really believable plot.  We’ll be hearing the demands to disarm the right any time now, oh wait, we’re already hearing it.  This will be used as an excuse to demand more gun control immediately.  (In spite of the fact that none of the rioters were armed, based on all reports.  But then any excuse to beat the disarmament drum is a good one from the left’s perspective.)

I do know this: If I were China or Russia, and could help arrange this sort of chaos, I would jump on it in a second.  This whole thing has all of the smell and taste of “events leading up to”… Winning a war without firing a shot is a very “five rings” sort of game, it’s a revisitation of the pre World War One “Great Game” of espionage and subterfuge.  Destabilizing your enemy and keeping him busy with a civil war, unrest, revolution, or lesser crisis at home, gives you free rein to follow your agenda elsewhere.

Is there still room to pull back from the abyss? Yes, I think so.  BUT it will take Biden and Harris running things with a VERY light hand, finding places where they can cooperate and give the Republicans some real wins.  I don’t think they have it in them, and even if they do, I don’t think the radical left as identified by “the Squad” (OAC and her crew) will permit them to do that.  In spite of the fact that this was in NO way a mandate even with all of the questionable votes, with a senate that is split 50/50 and a House majority smaller than any in recent memory, I suspect they’re going to go peddle to the metal, and try to ram as much of their agenda down our throats as they can, and then a little more.

And someday soon, probably within the year, we’ll have a “Raid on Harpers Ferry” moment, or as Larry Correia put it today, an “Archduke Ferdinand” moment. Hell, it could get engineered by the aforementioned enemy nations… It wouldn’t take much, one guy shooting or running down a congressman, a firebomb in a car, an overzealous cop shooting some kid… you never know what sort of thing will set off the avalanche.

If that happens, there will be no turning back.  There are too many people on both sides ready to slap leather. Go read how WWI actually started, and how one minor stunt, by a really inept assassin (seriously, the dude was like something out of the keystone cops) caused what I consider to be the most horrible and STUPID war in the history of mankind.

If Biden can’t pour some oil on this storm, we’re in for it.  I pray for his success, I really do. And I would be stocking up on ammo at the same time because I doubt his ability to see the path of wisdom.  Or at least I would if it weren’t for that horrible boating accident we had recently.

Folks, it’s time to play your hands very close to your chest, to keep your capabilities, and plans if any, to yourselves and people you personally know well. It’s fixin to get “interesting.”