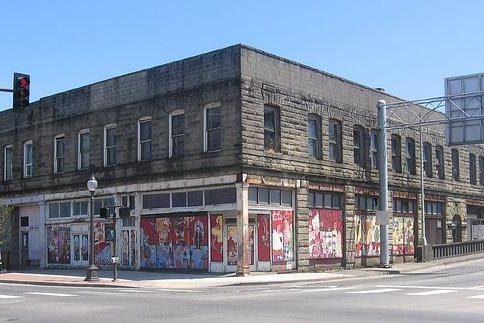 Welcome back to the scuttlebutt.  Have a seat, smokem if ya gottem.

A couple weeks ago, my better half and I broke quarantine, and went out to the ocean.  Stayed at a VRBO for about 5 days, right on the ocean, just to get away from all the stupid and the stresses at the 9-5…
Spouse has been stuck Teleworking, and I was pulling 6-10s for weeks, so it was time for a change of scenery.  What has this little tale to do with anything, you ask?

Well it’s like this.  On the way there we were to meet up with another couple that we often hang out with and was going to stay in the place with us…  She also has a high stress job, and he’s also been doing the work from home thing, so… a change of scenery was really needed all around, and since the planned trip to Cancun got blown out of the water due to Covid, this was the best we could do.

We met up in what used to be a booming port town (working port, not luxury yachting port) on the coast.  My better half and I got there a little earlier than our partners in crime, so we wanted to stretch our legs.  This once booming little city (at its height it had 21000 citizens) is now down to 16000.  From the looks of the architecture, and from what I know of the history in the area, (as well as a quick dive into the internet) this place started really taking a hit in the 70s… let’s see right when the timber industry was getting killed because of an owl we were told couldn’t survive without thousands of miles of old growth forests.

(funny, later the suckers were seen nesting in Port Angeles, inside the city limits, and it turned out what was really happening was the common Barn Owl was moving west and pushing the more delicate Spotted Owl out.  Of course, by then we had moved on to the spotted Marmot or some such critter as the reason not to log.)

Now this is a PORT on a large river with easy access to the Pacific Ocean.  It’s hard not to make money with such advantages.  If you look at the history of civilization, cities form where there is a transportation hub, and by an absolutely huge percentage, most of the world’s freight still goes by sea.  Yet as we were walking around, it smelled like any third world shithole I’ve ever been in.  If you’ve ever been in the third world, outside the areas kept groomed for the touristica, you know the smell… Piss, vomit, stale cheap booze, skunk weed, and despair.  The place looked like the hobo jungles in Seattle… and smelled worse.

As we were walking around, we happened to walk by the now defunct local fish wrapper… by which I mean the local newspaper.  Long out of business now, the political rally posters on the inside of the glass were from about 5 years ago, so I’m guessing that’s when they went T/U.  I had more than a moment of Schadenfreude at this.  I hope the owners, editors, and lead reporters went broke, and are some of the guys currently living in backpacking tents pitched in the alleyways and side streets… Of course they probably aren’t, that type never winds up paying personally for their sins.

The reason these folks drew my ire is what the posters on the inside of the glass were about: Anti Oil rallies, No mining here rallies, stuff against the attempt to build a Natural Gas pier, a Coal handling pier, etc… In short, if there was an industry, these chuckleheads were against it.

All of the things that could have kept this city alive and thriving, these guys fought against!

There once was a time when the “traditional” press was in service to the community.  Seems for the most part, that ship sailed.  Newspapers, the oldest mass media existent, are going the way of the dodo… well, they helped themselves become extinct, and I shall not much mourn their passing.  When the news existed to serve the community, and SURE, to expose corruption, and malfeasance, they served their purpose.  After Watergate though, it seems like the press got drunk on their own power.

THEY TOOK DOWN A SITTING PRESIDENT!  If they can do that, they can do anything! And so the rot began… then we had the seemingly intentional “dumbing down” of the newspapers.  Where once there were thoughtful articles weighing both sides of an issue, the “USA TODAY” and others of their ilk developed the Splash box, the Text box in a box, and all of the other things designed in a most P. T. Barnum way to excite, to stir the emotion, to catch your attention for mere seconds and then on to the next thing, in the style of “THIS WAY TO THE EGRESS!” “SEE THE EGRESS!” “THE EIGHTH WONDER OF THE WORLD, THE EGRESS!” until you find yourself dumped out at the end having passed through to “the egress” which of course, means EXIT, knowing no more than you did when you started, and wondering, “just what happened here?”

In short, they forgot their roots.

Neil Gaiman, in “American Gods” writes of the new Gods that are affecting the world and pushing out the old Gods (like the Norse pantheon). One of the most powerful of these new Gods is “Media.” Terry Pratchett wrote of something similar, and both point out the insidious ways that modern media try to win your hearts and minds.

Now before you call me hypocrite, I am fully aware that I am attempting to do the same thing, but there’s a difference. I desperately want you to question.  Take nothing, including what I say, at face value.  Always assume there’s a motive, an agenda.  My personal agenda I will be quite clear about, I want freedom, freedom for my nation, freedom for my people, and for my family.  I want people to THINK.  If I am trying to win your thoughts, it’s to cause you to question, to examine, and to reason. And I want you to question, including questioning me.

Further, I want you to want and desire progress, and success, for your region, your city, and your nation.  Sure, we want to preserve the environment… If there’s no wild spaces where will I hunt?  If we pollute the streams to the point that the deer, and the elk all die, my days of keeping those herds in check through selective culling (and eating) are done.

But, and this is a BIG BUTT, a Oprah Winfrey sized BUTT, If we all die or starve to death in the process, who the hell are we saving the planet for???  We must consider human needs as well!

Take the aforementioned newspaper… they were so wrapped up in “save the planet” that they didn’t consider whether or not there would be a town to write for, if they killed all the industry.  So now you have a town that’s three quarters boarded up buildings, and smells like a bad back street in Olongapo city in the 70s.  And still the people on the left are fighting anything like industry in the town.

This isn’t a pretty town, it’s not going to make it on tourism, any more than Detroit, or Gary IN.  The town must live or die by being a transshipment point, or a fishing town… both right now, are on the ropes.  If they go down, so too will the town.  Eventually, if the nation survives, the town will be “rediscovered”, and either industry will move back in, or maybe they’ll get lucky and be able to pull a Monterey CA, and actually become a tourist trap… but there’s only so much need for those, and if no one has money, no one goes touring.  And meanwhile a town died, and people died, for no reason, and that pisses me off.