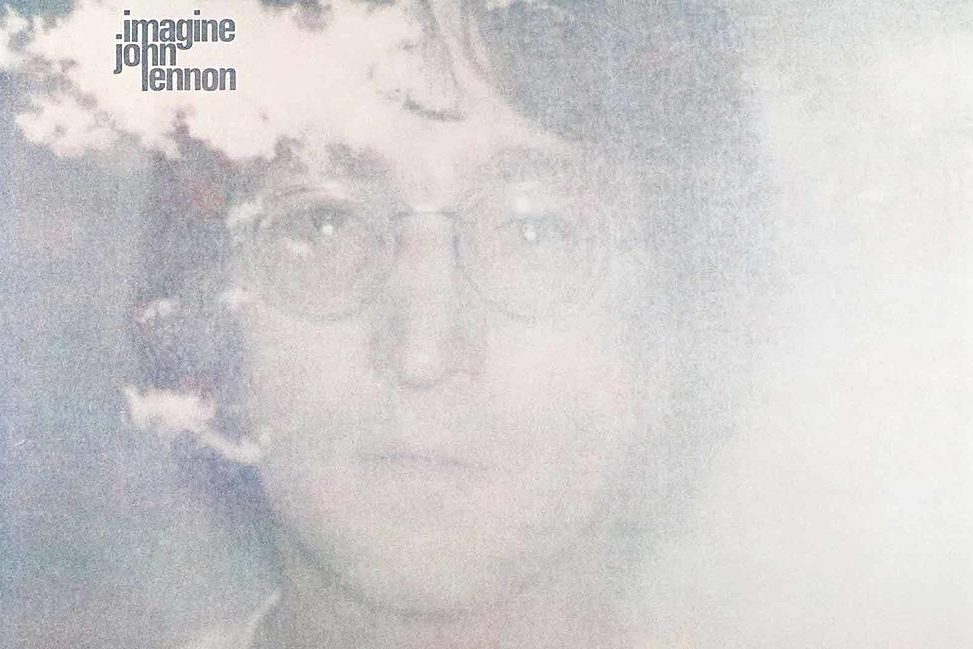 Welcome back to the Scuttlebutt, get something to drink, and have a seat. I’ll be covering a lot of ground today, and I am going to look at most of it through the lens of a song that I absolutely despise.

John was no relation to Vladimir Lenin, hell, it’s not even spelled the same. Nevertheless, there are a lot of ol’ Vlad’s pet theories embraced in this song, and many others written by John (or the never to be sufficiently despised Yoko Oh-NO.)

The song covers three basic premises, I’m going to discuss the second one first, because it’s very pertinent to today’s world.  “Imagine there’s no countries. It isn’t hard to do. Nothing to kill or die for; and no religion, too.”

Now first off, even trying to wrap my head around such a ridiculous idea is painful. In the thousands of years of human existence, there has never been a time of “no countries, and no religion.”  That’s just not the way humanity WORKS.

We are tribal.  We form groups and work within those groups.  (Tribe, that’s another word for proto-country.) That’s just the reality, and trying to change that is about as reasonable as making pi equal to 3 because it’s simpler to do the math.  In point of fact, the success of a group has for most of history been measured by how high one can put one’s loyalty.  Tribes lose to affiliations of tribes.  Affiliations lose to nations. Tribes, (and clans, and all the other ways to say tribe) will often find themselves competing with each other for various things needed for survival.  Often this winds up in a war.   beliving otherwise is denying the lessons of 5000 years of history.

Now let’s look at this next sentence in particular: Nothing to kill or die for.

I can’t imagine a more HORRIBLE existence.  If you care about absolutely nothing to the point you would be willing to kill or die for it, what in the HELL are you living for?  Seriously? If nothing matters enough to fight for it, what is the point of your existence?

The “and no religion too” bit is just icing on the cake, because well there is no such thing as “no religion.”  Oh, people may call it something else, for example, “follow the science” but anything that you believe without understanding and physical proof is a religion.  80% of Americans can’t explain how electricity works, much less things like the “Higgs Bosin” yet they are sure that it exists, they believe in it, and will sneer at you if you challenge that belief.  Folks, that’s religion.  (I am one of that 20% or so that does understand how electricity works and can explain it at a grade school level… Magnetic fields however are about the edge of my understanding, and subatomic particle physics, the Higgs Boson etc… well I’ll just take the high priest’s word for it, much like “how many angels can dance on the head of a pin”.)

So why am I babbling about this? Well, the war in Ukraine obviously.  If there is a more important thing to kill or die for than your freedom and the freedom of your family, I am not sure what it is.

Yes, Ukraine has problems.  Yes, Ukraine was (and I am sure still is) corrupt.  Yes, in the course of the war, President Zelenskyy has recently shut down some political parties and media outlets that were critical of the nation’s continued resistance to the invasion and were publicizing Russian storylines.  News flash for you folks, every nation on the planet, including most especially us, have at one time or another done similar.  Go take a look at the censorship we invoked during WWII.  The funny thing is, the people that are screaming the loudest about this? Russia, where it’s illegal to even QUESTION the actions of the government or the current Pravda, and people are getting jailed for it.

The basic facts on the ground remain.  Russia invaded.  There were no actions by Ukraine against Russian territory, nor was there any legitimate expectation that Ukraine MIGHT take action against Russia militarily. If you can’t figure out that this makes Russia the bad guy in this piece, you have all of the moral capability of Kissinger or Gobles, and all the wisdom of Nevil Chamberlin.  Please do the world a favor by removing yourself from it.

The scary thing about all of this, at least to me, is that by failing so dramatically, and make no mistake, even if Russia wins this war by a war of attrition, and by the use of indiscriminate bombing of cities to depopulate the nation of Ukraine, they will have failed.  (They should have rolled over the much smaller and weaker nation of Ukraine in a week or less.  That’s what they expected to do.  The fact that they’ve been stopped COLD has shown the entire world that the Russian army is a hollow, incompetent force.) It has shown the world that the bear has no teeth except nukes. (If they work.)  That’s going to scare the SHIT out of ol’ Putin.  I read a report today (so far unverified) that someone firebombed his house.  Historically, this is how Russian Regime changes happen.  (Oh, and let’s not even get into the thought of how he’s going to occupy Ukraine.  Our occupation of Afghanistan will be a walk in the PARK, by comparison.)

We were lucky the last time there was a major Russian Regime change, it was relatively peaceful.  I’m not sure that it’s possible for that to happen again.  My read on Putin is that unless someone successfully assassinates him, he will go out fighting.  This is a guy with nukes, as he keeps reminding us.  If that doesn’t concern you, you aren’t paying attention.

Now let us go back to “Imagine” for a second.  No heaven, no hell, all the people living for today… Yeah… If that doesn’t scare you, you don’t understand human nature.  Let me make clear, that if there were literally no consequences for my actions (whether you consider those as “heaven and hell” or the more immediate “prison”.) If I knew that I was living for today, for I would be dead tomorrow, and naught but worm food… There are some people that would be joining me in the ground.  I have a little list of people whose existence endangers the future of humanity and the safety of my grandchildren.  The reason they still live is that my desire to not go to prison overwhelms my desire to see them pushing daisies.  I believe that I am not alone (by a LONG shot) in this… So, let’s not go there, shall we?  That way leads to “The Purge.”

In point of fact, we seem to be headed that way now anyway. There’s a dude who is already an “active DOC client” (that’s police for the dude has already served time and is on probation) who tried to carjack, using a pistol, a MARKED COP CAR!!! In St Louis.  But wait, you haven’t heard the best part, after this mutt tries to take a cop car using a pistol, the Prosecutor’s office will not file charges!!!  I shit you not, here’s the article if you doubt me: https://www.thefirsttv.com/scott-free-man-attempts-to-carjack-cops-at-gunpoint-no-charges-filed-by-attorneys-office/?__s=9a1v037xncuhuvjpn3eg

What in the actual fuck are these people thinking? No Possessions? No reason for greed or hunger??? John me boy, that just isn’t how people work.  No, I don’t say “you’re a dreamer,” I say you’re a MORON, who has absolutely no idea of how humans tick.

One last piece on this, if you didn’t see it, prepare to be shocked.  The Taliban has changed their minds, and women will no longer be allowed to be educated past 6th grade, in spite of their promises…  I know shocking, right?  Thanks Joe Biden. https://apnews.com/article/afghanistan-education-kabul-taliban-dcdc0ba6768213009f69cc6e284d7f52?__s=9a1v037xncuhuvjpn3eg

On the subject of Joe, if you somehow missed it, even the NYT is now admitting that the famous “Hunter Biden Laptop” is NOT a hoax, it was indeed his, and all the stuff on it is authentic.  Why does this matter?  I mean, he’s the president’s son, not the president, right?  This is why it matters:

That’s why this matters.  Of course, this is the same Joe Biden that pledged to lead “the most ethically rigorous administration in history.”  The same guy that is handing out ethics wavers at nearly double the rate Trump did. https://www.washingtonexaminer.com/news/white-house/biden-doles-out-ethics-waivers-at-greater-clip-than-trump-watchdog-reports

I’m sorry to say this, but your president is a criminal.

Well, on that note, I’m going to wrap this up.  My post next week will be late, I’ll probably type it up on Thursday and get it published Friday morning…

Well one of the other hats I wear is chapter VP for the largest Federal Manager’s Association chapter in America.  Next week is our annual meeting in DC, and Wednesday I’ll be meeting with my senators and congressmen.  I am not sure that they are aware that I write this little blog, but let me assure you that anything of interest will be fair game after their discussions with us.

This should be fun.