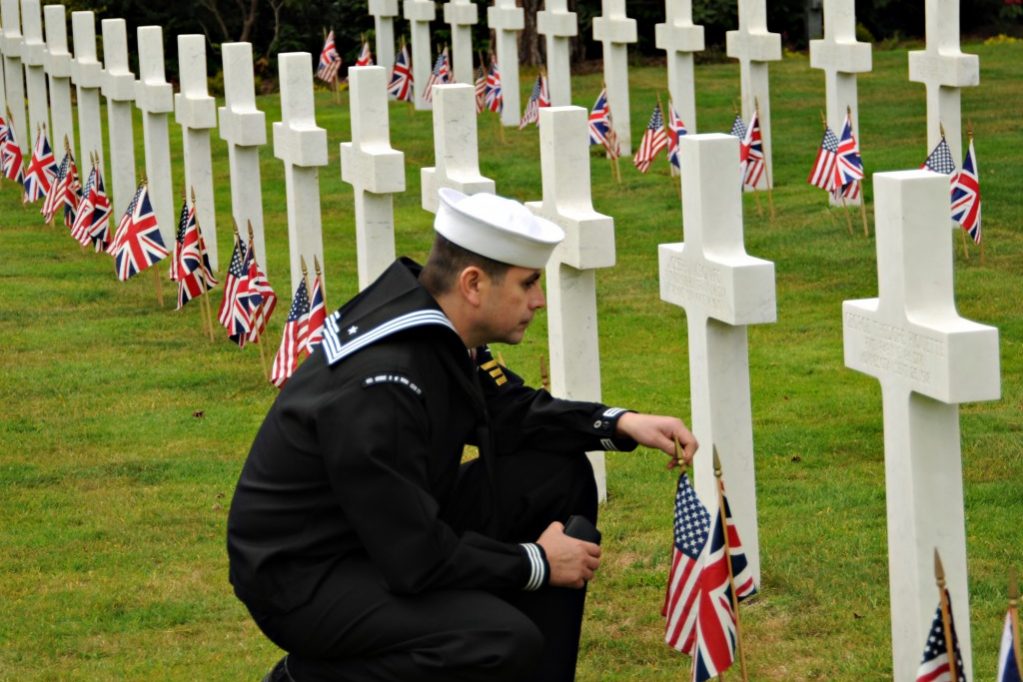 Have one of whatever you’re drinking, and let’s talk.

The flowers are still fresh on the graves, and my ears are still ringing from the tolling of the boats.  This day just past is not for me, nor for you, no matter how you served if you served. We have our days.  We have Veteran’s Day for all who served, we have Armed Forces Day for those who are currently in uniform. We have Patriot’s Day, for all who wear not just a military uniform, but any of the uniforms that serve, police, fire, paramedic…

Memorial day (in the United States) was set aside originally for those who died for what they believed was the right, on BOTH sides of the Civil War (or, if you prefer, the Recent Unpleasantness Between the States, or even “the War of Northern Aggression”)  After WWI it grew to cover all those who have died in all American wars. Somewhere over 1.1 Million men have died in wars in our nations uniform, but I’ll expand it further than that. If you fought and died on either side of any war, and you fought for what you believed to be the right, I honor you.

We hold no corner on heroism, we didn’t corner the market on fighting for what we believe to be a noble cause.  We are not the only men to fight for what we believe is right, and good. A man may argue as to which side is RIGHT about what is good, noble, and right, but that doesn’t make the conviction of the guy in the front lines any less sure that his side is right. Even those conscripted at gunpoint, must, on the field, have faith that they fight for the side of right, for if they didn’t, they would just drop their gun and raise their hands.

The “Hun” of WWI believed just as sincerely that he was fighting to protect the Fatherland, and stop the aggression and imperial designs upon his land as any “doughboy”.  The same holds true of his son in the Wehrmacht or the Waffen SS, the Kriegsmarine, or the Luftwaffe. Or any other enemy we ever fought against, from the Algonquin warrior of the French and Indian war, to the Mujahideen who just got shot in Afghanistan seconds before you read these lines.

Do I disagree with them? Oh, with all of my heart and mind.  That doesn’t make them less a believer in their cause. Would I have killed them while I wore the uniform above?  Every day of the week, and twice on Sunday (still would as a matter of fact). Point of fact is that I despised the systems of government of the people that I found of the other side of the rifle or the torpedo tube.  The Soviet Union was, in terms of number of their own people killed, the second most evil force on the planet. China being first. Would I have blown up either of their nation’s ships, or launched 24 missile tubes worth of diplomacy at them? You betcha.  But that doesn’t mean that I don’t understand that their troops felt exactly the same way about us, and it doesn’t mean I didn’t respect them.

Muslim terrorists? Well that’s a different kettle of fish. I don’t respect them; I just enjoy them dying. I would put flowers on the graves of Chinese soldiers, the only thing I would put on a Muslim terrorist’s grave would be a pork roast, and I would make sure it passed through my digestive tract first.  Primarily because they don’t even have the courage to fight in uniform, but would rather hide behind hospitals and schools.

Still, I honor those who have had the courage of their convictions, and the willingness to defend the right as they saw it, with their last full measure of devotion.  I pray we never have to send more men to do that, but I know it’s a prayer in vain.

As long as men are men, they will want something that someone else has, and will not be willing to pay what the other person wants, and so we fight again.  Whether it be: I want these raw materials, or this land, or to be in control of the world, or to be left the fuck alone, there will always be someone who wants something that they can’t have without a fight. And so, we add to the rows of small white stones, with names and dates.

“Truer love hath no man, than that he gives up his life for his brother.” Or put another way, “To every man upon this earth, death cometh soon or late; And how can man die better than facing fearful odds, For the ashes of his fathers, and the temples of his Gods”

Spare a thought, as you drive by where such men are interred.