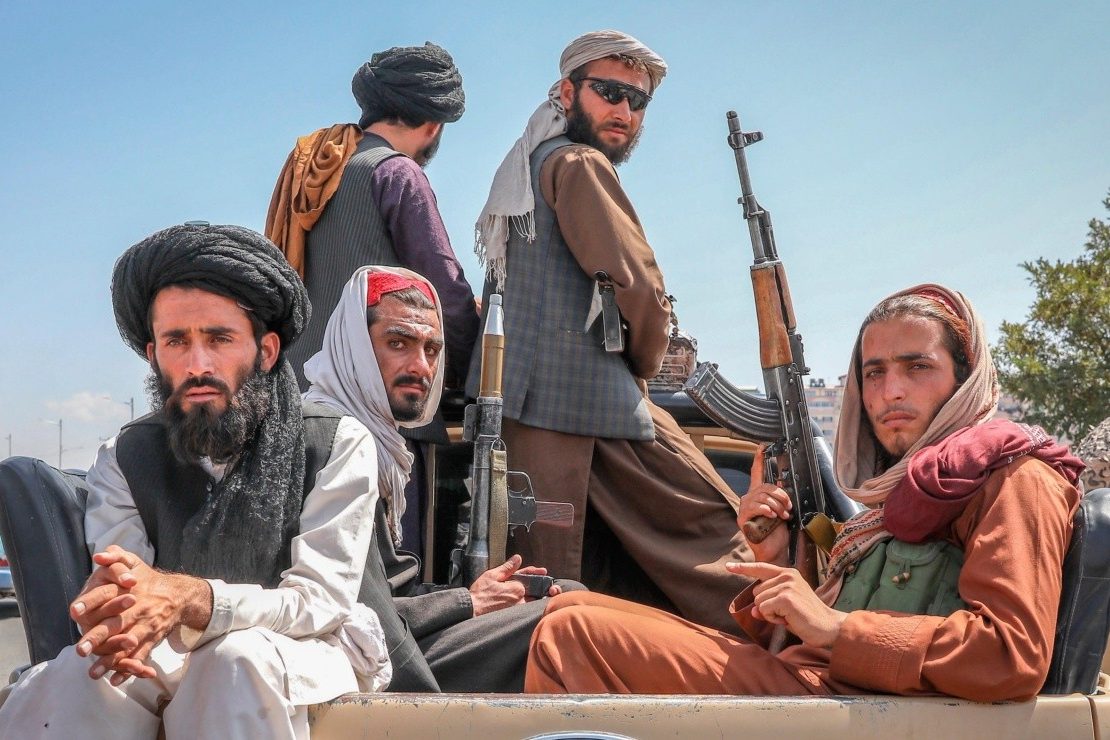 Welcome back to the Scuttlebutt, pour yourself something strong, and let’s talk.

Oh my, what a lot of targets I have today.  I would like to not cover Afghanistan any longer, but it’s sort of the 800-pound pile of shit in the middle of the living room, so let’s start with that.

Lehman’s First Law of Behavior says: Never attribute to malice what can be explained away by Human Stupidity.  Take our current resident of the Oval Office (Dear Gods, PLEASE take him! Far away from us!) There are a lot of folks that are considering him an active traitor to our nation.  Well, I am not quite there yet.  He’s definitely dumber than a stump, and a coward (that is if he’s got any faculties left at all, I am more and more willing to believe that he’s in end-stage dementia and it’s whoever is calling the shots (Mrs. Biden?  Wouldn’t be the first time… One of the other complete buffoons we had in that office Mr. Wilson turned out to have been a stroke victim who became a sock puppet for his wife for at least the last year and a half of his presidency.)

Illegal? Bet your ass.  Yet it happened, and years later the people behind it admitted it, but nothing was ever done.  It’s worth noting that the same party was in power in that instance…

Biden has been unable to answer questions about his actions and decisions regarding Afghanistan, recently reading a statement, then turning his back and shuffling off, ignoring the calls from the press for answers. He’s videoed wandering around at a summit meeting out in the garden seeming to not know where he is or what he’s doing there.  The man has LOST it, if he ever had it.

We were told repeatedly that “Biden will restore our place in the hearts of the nations of the world…” Uh, yeah.

Let’s see, the British Parliament has voted unanimously to hold him in contempt, Britain, France, and other NATO allies have begged him to extend the deadline for the surrender of Kabul, and he has instead decided that he’s too afraid of the Taliban’s “red line” to risk crossing them.  Hell, Justin Trudeau has more balls than this fuck, He’s stated that Canadian troops will stay there beyond August 31st if needed. (Frankly, that surprised the hell out of me, I didn’t think he had it in him.  Of course, he could still pivot by the 31st.)

Biden however finds it more palatable to risk leaving up to 12,000 American citizens, and an unknown number of allied Afghanis that worked for us, to the tender mercies of the aforementioned barbarians.  He’s already pulling out the troops defending the airport, 300 Marines flew out today.  Seems he’s afraid of “ISIS-K” the local branch of ISIS… you know, the people that he said we had defeated, so we no longer need to be in Afghanistan?

The Pentagon, via their spokesman John Kirby, said that it would take several days to remove all of the 5,800 troops currently securing the airport.  Considering that it’s six days from the Taliban’s demanded “departure date” I don’t think we’re going to get many more of our citizens out.

As for our Afghani allies, Taliban spokesman Zabiullah Mujahid stated that the Taliban would block any Afghani citizens trying to get to the Airport using any force necessary,  “for their own safety” (and if you believe that…) They’ve also ordered women to stay off the streets and not go to their jobs, again claiming it’s for their own safety and was just a “temporary measure.”  The collection and removal of the Jews from Poland was also a “temporary measure” you may recall.

In his ineptitude, Biden sent CIA director William Burns to talk to the Taliban in secret earlier this week.  In case you don’t remember him, he’s the same guy that Obama sent to negotiate with Iran on Nuclear weapons in secret.  Remember how that turned out? We gave them 1.7 billion dollars in return for four unnamed prisoners that Iran had been holding in jail.  I wonder how much we’re going to give the Taliban for the Americans we leave behind in Afghanistan.  This guy would NOT be any sane individual’s choice to negotiate the release of the cat’s tail by the baby, much less a deal with a bunch of frustrated 14th-century neo-Barbs.

One thing Biden HAS succeeded in that his supporters predicted, he has succeeded in uniting both political parties, at least on the subject of Afghanistan. Both sides think he’s fucking up. Two House members, Seth Moulton (D) Mass, and Peter Meijer (R) Mich, went so far as to sneak into Kabul for most of a day, to try to find out what was really going on. They said that they would only fly out on a bird that had at least 3 empty seats, to ensure that they weren’t taking the seats of someone trying to flee the country. (and if you believe that the generals in command didn’t order a plane to leave with 5 empty seats, just to make sure that the good congressmen get safely out of his AOR, I have a bridge to talk to you about.)

While I don’t approve of grandstanding gestures like this, at least in this case the only people they talked to were Americans and Allied refugees, instead of enemy governments, like a few congress critters did under Trump’s presidency.

Look, this is an absolute failure, and we are going to be paying for it for at least as long as we paid for Vietnam’s debacle. I hope you fuckers that voted for this guy are happy with the results.

In other news, The Supreme Court broke it off in Biden’s ass, saying that he must comply with a lower court ruling that the revocation of the “Remain in Mexico” policy was “arbitrary and capricious” and thus illegal.

If you think back, you may recall that they made the same sort of ruling against Trump for getting rid of the DACA act, the first time he tried it, because he didn’t have his ducks in a row.  Of course, the left forgets that now, and cries that the SCOTUS ruling was unfair, unjust, and not right, claiming that it will “prejudice the US relations with vital regional partners, and severely disrupt its operations at the Sothern Border.”

Also in the news, it seems that the VP, who’s touring the Far East on a “goodwill, wave the flag, promise our allies that we’re trustworthy” junket (as if that broad could convince anyone that she or anyone else is trustworthy. This is the gal that couldn’t even take her home state, and never made it to the Iowa primaries because the only way anyone trusts her is on her knees, and then there’s the question of Venereal Disease.)

Anyway, I digress, she nearly got hit with “Havana Syndrome” while in Hanoi. Two people at the embassy there did get hit.  What, you ask is “Havana Syndrome?” A damn fine question and we’re not sure.  All that we know is that people in the embassy in Havana, and later in some other places, (like Germany, Austria, Russia, China, DC, and a couple of times on the battlefield, have reported some sort of loud piercing sound, followed by intense facial pressure and pain, dizziness, and nausea.  This goes on to develop cognitive issues for some time in some cases.  We don’t know what the mechanism is, (at least in open publications, your guess as to what the secret squirrel boys know is as good as mine.) We’re not willing to say who is behind it, but it’s got Congress, the State Department, and the rest of DC officialdom damn concerned.  All of this just continues to make us look like weak-ass buffoons.  That has a price, as I have mentioned before.

Two further pieces of idiocy and a “well DUH” before I go:

The Navy is reconsidering its plan to reduce medical staff — part of a military-wide review of 18,000 proposed job cuts in health fields — in response to lessons learned during the COVID-19 pandemic, the service’s top doctor said Thursday.

Well, Gosh you mean the Navy might just need all of our doctors and corpsmen in case there’s an epidemic or something?  Gee Admiral, if you think we might need them because of a pandemic, IMAGINE, just for a fucking second, how many we might need if we get in a shooting war with CHINA, you idiot!  Turn in your Stars, hand over your Caduceus, and go do something you might be qualified for, like selling used cars.

Then there’s the lawsuit just filed by Spencer Elden against the band Nirvana, and all of the various members of it, the album cover photographer, the art director, and so on.

Who is Spencer Elden you ask?

Well, no one would know if he hadn’t filed this lawsuit, but it seems that he’s the kid on the album cover of “Nevermind.” In case you are not a fan of grunge rock and have never heard of Nirvana (trust me, not much of a loss there, folks, Kilbane swallowed a 12-gage for good reason, his wife being Courtney Love alone was a reason for suicide, and just reading about the dude’s life is enough to want me to take a bath in bleach or MEK.) The album cover is a nude baby (VERY YOUNG BABY) in a swimming pool going after a dollar bill with a fishhook and line through it. The symbolism of anticapitalism should be obvious.

Anyway, the baby in the picture is supposedly Mr. Elden. Of course, no one would know that, if Elden didn’t shout it from the rooftops while demanding money because “they ruined my life, destroyed my social standing, made me a victim of child pornography” and other claims.  Of course, he’s recreated this cover shot with swim trunks on for various anniversaries of “Neverminds” release and had an image of the logo tattooed on his chest, just in case anyone wonders who’s little baby penis is on view in the album cover.

Mr. Elden, your 15 minutes was up a long time ago, and chasing a dead man’s estate for money is pathetic.  Kirk tried to end his pain with various drugs, and many other things before finally finding a permanent solution to a temporary problem.  Go you and do likewise you worthless hack.

Then there’s the final piece today, Headline for an article in the Seattle Times:

It took two Ph.D. scientists eleven years, and I don’t know how much in funding, to develop this astounding revelation?  Any kid that’s ever played “Oregon Trail” could have told you that!  Or anyone who’s ever raised animals, or… In short, DUHH!

Of course, the money shot is at the very end of the article. It seems that the real reason for this study is that they are proposing that we stop all salmon fishing in order to support the Orca and that we FEED the wild animals whenever it looks like they’re going hungry.  No, I’m not kidding.

If you’ll excuse me, I’m going to go wash my mouth out with moonshine. (I’ll swallow it afterward, of course. I’m not the crazy one.)