I Come Not to Praise John McCain… 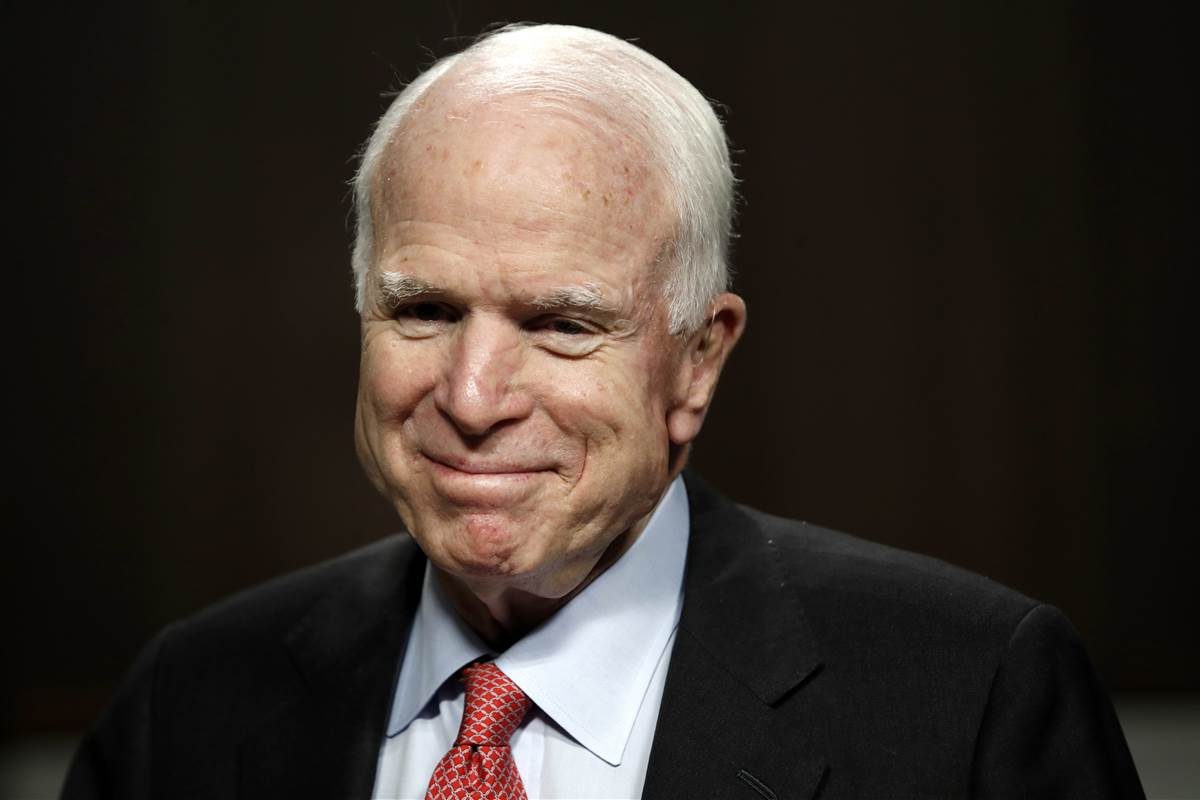 Welcome back to the Scuttlebutt.  I intended to do a piece on my trip to Russia as my first post-vacation piece, but I’m going to do this as a “special”. This should be outside my normal print cycle, but so much has been said about the late senator that I think I need to provide my own point of view.

Senator McCain was a man, not a plaster saint, nor an evil villain.  We are being told now, by people who were his political enemies for decades, before they were suddenly his friend because of who he picked as an enemy, that he was a “great man” and a “hero”.  Let’s look at the record:

Barack Obama then: “There was no such thing as Al Qaeda in Iraq until George Bush and John McCain decided to invade Iraq.” “It’s not because John McCain doesn’t care. It’s because John McCain doesn’t get it.” “Yesterday, John McCain actually said that if he’s president that he’ll take on, and I quote, ‘the old boy’s network in Washington.’ Now I’m not making this up. This is somebody who’s been in Congress for twenty-six years, who put seven of the most powerful Washington lobbyists in charge of his campaign. And now he tells us that he’s the one who’s gonna’ to take on the old boys network. The old boy’s network? In the McCain campaign that’s called a staff meeting. Come, on!”

Barack Obama now: “So much of our politics, our public life, our public discourse can seem small and mean and petty, trafficking in bombast and insult and phony controversies and manufactured outrage,” Obama said. “It’s a politics that pretends to be brave and tough, but in fact is born of fear. John called on us to be bigger than that. He called on us to be better than that.” “We never doubted we were on the same team”.

G.W. Bush had similar things to say, both before and after… As did Hillary, etc, etal.

There are a number of groups that used to hate McCain for his policies and positions, that love him because he changed those positions after President Obama came into office, and got even further onto the Democratic side under President Trump. It’s worth noting that McCain voted against the Bush tax cuts, and with Obama as one of the five Republicans most likely to support Obama’s position (Senate roll call 2013 had McCain voting with Obama more than ½ the time.)

Then when he ran against Obama he said he would make the Bush tax cuts that he was against, permanent.  He voted against the repeal of the Estate tax after he was for it. He was for the F-35, when it was going to be based in AZ, then called it a “scandal and a tragedy”, instead of the “Greatest combat aircraft in the history of the world” which was his earlier opinion.

He was against sending peacekeeping troops in the 80s and 90s, then for it in 2006 and on, until Trump became president when he was against it again. “I’d institute a policy that I call ‘rogue state rollback,'” McCain said. “I would arm, train, equip, both from without and from within, forces that would eventually overthrow the governments and install free and democratically- elected governments.” (from a 2000 speech)

He was against Nuclear Reactor research and deployment in the 90s then for it in 2007.  He also flip-flopped on School Vouchers.

He claimed in 2007 that he was with the NRA on Firearms but was the lead sponsor of Anti-firearm legislation in the Republican party, and he flip-flopped several times on immigration laws depending on which way the wind was blowing at the time.

His new fans say that “he became enlightened”.  It’s worth noting that the things that he changed position on, happened either during an election cycle or after 2004 when the brain cancer could have been affecting his thought process. (Yes, I’m saying that thinking like a liberal is a symptom of brain cancer or other brain damage.)

I did not serve during the time that McCain served in the Navy, and there are people that served with him that call him a hero, others that call him a traitor.  I don’t know, and at this point, it no longer matters. I do know that he was tortured and that when he was offered release because of his political connections (daddy was Pac Fleet at the time) he refused if his fellow prisoners were not released as well.   I have some serious respect for someone who will stay in the Hanoi Hilton over a matter of principle.

Let me sum this up for you. I didn’t particularly like the man or the positions he took towards the end of his life.  His changes of position were almost universally different from those that I agree with, to those that I oppose. I respect his war service and the things that he did in uniform.  Still, I will not change my opinion of him because he’s dead like some folks have, I will not lionize him, nor will I vilify him, just because he’s dead. He was a man, and like other men did things that I admire, and things that I don’t.

The idea that he, in death, can be used as a stick to beat on Trump with, because Trump went golfing the day he was buried is pathetic.  John, in a moment of political grandstanding, demanded that Trump and his former running mate Palin not be allowed to attend his funeral.  OK, that’s a damn cheap shot, but hey, literally, “it’s your funeral”. However, if you uninvite people, you don’t get to whine because they went on with their lives.

That’s how it looks from the Supervisor’s seat in the Sonar shack.  I’ll be back on Thursday, with a Russian article.