How to Win Against the Cops 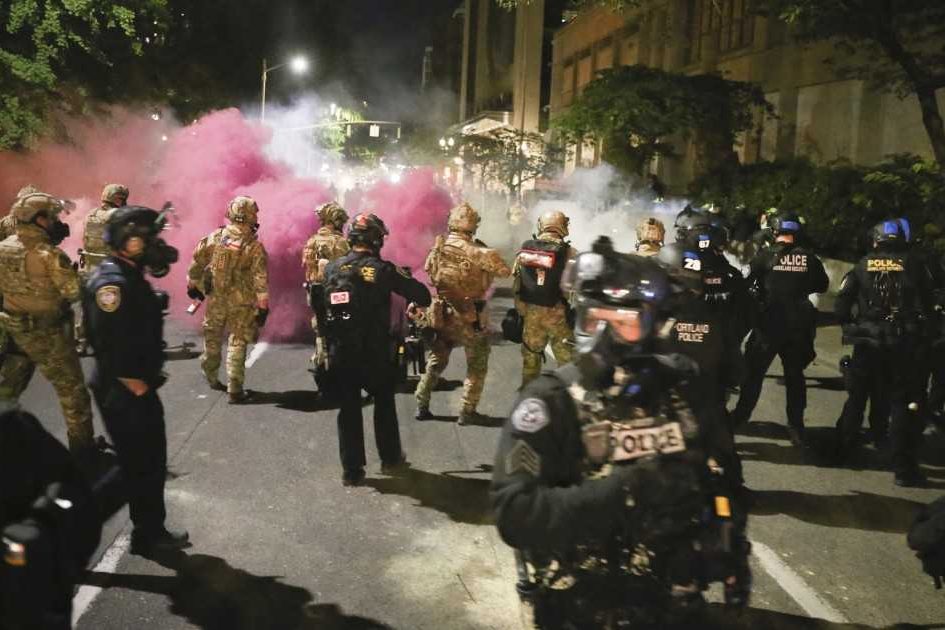 Look, I’m not a fan of the rioters in Portland, Seattle, and other cities.  Still, I’m going to give you some advice to further your case. You claim in Portland that you’re protesting because the Federal Law Enforcement officers are there.  So, quit trying to burn down the stuff that they’re there to guard, and they’ll leave!

As I write this, the Mayor of Portland has claimed that he’s struck a deal to get the feds out of Portland.  At the same time, the guys he would have had to strike a deal with, are stating that “no that’s not what we said.”  Seems one side feels that the deal was “you’re getting out of my city, and then I’ll bring in local and state officers to protect what you were protecting.” And the other side thinks the deal was “you prove that you can and will protect what we’re protecting, and we’ll leave.”  Such differences are crucial, and frankly, the mayor of Portland has shown that he can’t be relied on to protect an ice-cream cone from a four-year-old, so…

The whole thing in Portland is following the standard pattern for Communist revolutions, written small. They’ve already started attacking their own for lack of revolutionary zeal.  One of the Videographers that recorded the guys getting arrested by Feds in unmarked vans, has received death threats (literally hundreds according to him) and wound up with his ass kicked so thoroughly that he was knocked out and wound up in the hospital.  BY HIS own side!!! The claim is that he’s a LEO stooge.

Now the irony of all this, is that what put him in the hospital was a chokehold and a severe smackdown… OH, WAIT, wasn’t that what started this whole thing, someone being put in a chokehold and beat down???  (in case you want to check my version of the story, the victim of this piece is Mason Lake the article source is the Seattle Times 7/29/2020)

Look, this quit being about police brutality some time ago, if it ever really was.  This is moving hard towards trying to touch off a civil war.  Take Garrett Foster… someone did.  Mr. Foster (who’s pronouns are Was and Were), brought his double-amputee Significant Other to a protest in a wheelchair… OK, if it was a peaceful protest, that would be fine, although maybe not the best of ideas… He also brought a loaded AK 47.

Now look, you have the right to be armed, and I strongly support that.  Had this been all that he had done, I would have questioned his judgment slightly (if you’re bringing an open carry rifle to a protest, you should be prepared to spend all of your attention to keeping that rifle safe. Dealing with a wheelchair at the same time is an invitation to lose weapons retention.)  In any crowd, as an armed individual, you absolutely MUST be responsible for the security of that weapon. I’ve done old west reenactment, with live weapons and blanks walking through crowds in between shows.  I literally cannot count the number of times I’ve felt ghost fingers on my pistol, slammed my hand down, and caught some KID trying to take my pistol.

But then the good idea fairy showed up, and Mr. Foster gave an interview, live, for a news team, in which he said that he “wouldn’t point his gun at a cop, because that’s a good way to get shot, but the people who oppose us are pussies and won’t do anything, so this gun is for them.”  Less than an hour later, there is a video of a mob blocking a car in the street, and Mr. Foster walking up to the door of the car with his rifle leveled at the driver.  Five shots rang out, followed by three more out of the crowd. Mr. Foster is now a good Commie.  The three shots from the crowd apparently missed everything…  There’s a very old phrase from my youth. “fuck around and find out!”  Well, Mr. Foster, “Ding! Achievement unlocked.”

Then we have the first-person narrative of one of Bothell’s (a subsection of Seattle) Officers, about the riots Saturday night last.  Now, the story the press puts out is that these were mostly peaceful.  Here’s what officer Elyssa Khalifé had to say:

“So here is what happened yesterday at the “protest.” We were waiting and watching live from the precinct as the rioters set 5 portable construction offices on fire. They then completely destroyed, looted, and lit the Starbucks on 12 ave and E Cherry St. on fire. As the group was walking they were breaking random car windows, car prowling, and spray painting everything…

They made their way to the East precinct with all of us inside. They spray-painted the building, tried to break the fence, they threw a mortar that left an 8-inch hole in the wall… We could see a person pouring gasoline around the building that we were occupying, which is when all of us came out. We commanded people to “move back” as we advanced. People who assaulted us were arrested. We formed a line guarding the block. People threw paint, rocks, metal, frozen water bottles, glass, and improvised EXPLOSIVES at us which is when we used our dispersal tools. In the process, I was injured along with 20 other officers. Yes, I was injured even though I was wearing shin guards and other protective gear.

The puzzling part is people were chanting “I don’t see no riot here, take off your riot gear.”

(When he’s speaking of a Mortar, I believe he means the big explosive fireworks devices that are professional grade.  Basically these are IEDs.)  He goes on:

“Why didn’t we deploy and stop them when the looting started? Our instructions were not to respond to property damage. The fire department was delayed in response because of the big hostile crowd but they made it and started putting out fires. We only responded when they were about to literally burn down our precinct with everyone in it and the connecting apartment complexes. This is insane. I don’t know what the message here is anymore. These people were 99% white and young. They were saying the most horrible things you can imagine to officers of color. They were also assaulting each other in the crowd. I saw signs and shirts that indicated Anarchy, Anti-Christ, abolishing religion, bringing down the government, defund/abolish SPD, defunding Seattle Parks and Rec (huh?), abolishing America?! I don’t think that the point to those riots is anything but inflicting as much damage and injury as possible.

About my injury: I sustained a torn medial meniscus and I most probably will require surgery to be able to live an active lifestyle again”

I suppose it might be noteworthy that this is a black officer.

If you don’t think that was worse, go back and look at some of the newsreel footage of Watts, Detroit, Chicago, and watch the National Guard troops show up with fixed bayonets, and loaded rifles.  And these aren’t little M-16s that were made mostly of plastic, and put a .22 inch hole through you, the sort that isn’t legal to use for hunting in most states because they can’t be reliably counted on to stop a deer… NO, these are M-1 Garands, with solid wood stocks, suitable for breaking Nazi skulls and shooting a 30-06 cartridge that has been the ‘old reliable’ for stopping deer and elk for a century.  Homie wasn’t playing.  Look at the cops turning dogs on rioters and going full baseball with riot sticks on anything that moves and isn’t in police blue.

The window in which we can pull back is closing.  If you want feds out of your city, quit trying to burn shit to the ground.

Here’s some insight into the police mindset.  When we are talking to you, we’re trying to determine if this is going to go to “use of force” or not and if you did anything that requires us to put restraints on you.

Once you go to physical force, we are taught that we HAVE TO WIN. Failure to win means that someone who was willing to kill a cop is roaming around the city killing or hurting other people.  Our job is to keep that from happening.  Once it goes to force, we will call in as much force as needed to win.  If that means running over your ass with a tank, that’s on the table.  Much like the quote from the old movie, “the only way to win, is not to play.”

If you, the protester, want to “win” don’t let it go to force.  If the cop is in the wrong, and yes that happens, don’t try to win in the street, you won’t.  Win in the courtroom.

There, especially if you’re in a liberal city and state, you have the advantage.  Most liberal judges distrust and dislike police officers.  Jury trials give you even more advantages if the trial is in a place like Seattle or Portland.  But of course, you won’t listen to me, because I’m “the man”.

Civil War is closer than it’s been since 1969, and that’s closer than it got at any time since 1860.  For the love of whatever you hold sacred, please, I beg you, step back from the ledge.