How I Would Have Done It 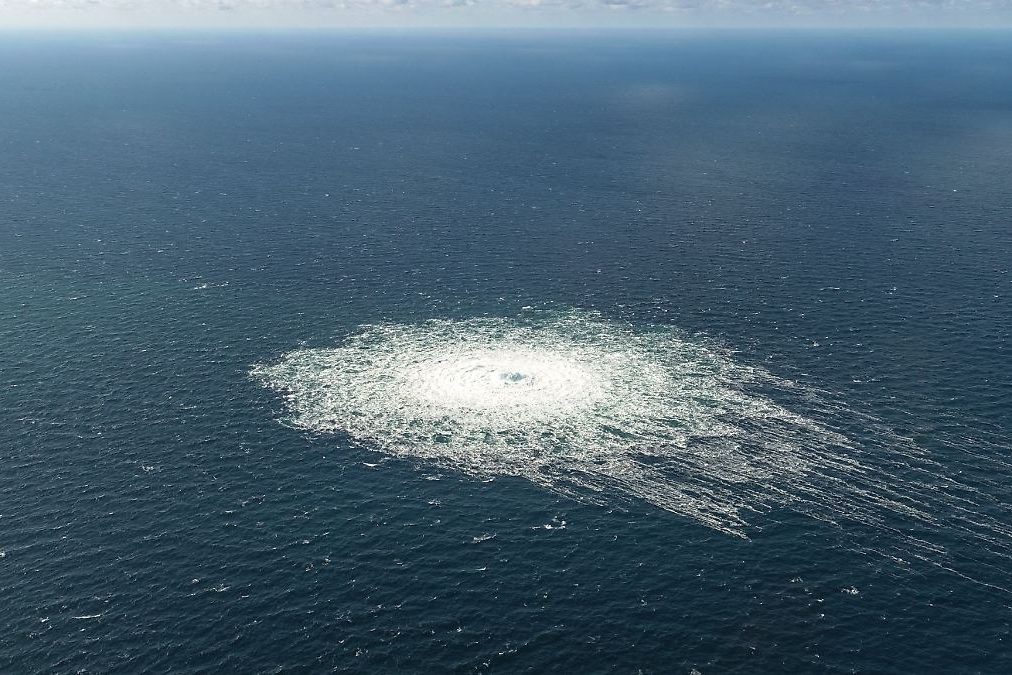 Have a drink, and let’s chat. There are all sorts of speculation among the nattering class, about the Nord Stream pipeline explosion. I was asked on the 29th of Sep. if the US was responsible… My answer is below, and after it, I’ll have some further discussion:

I sincerely doubt it.

Could we? Yes, we could have.

Honestly, I don’t see much value in it for us though. I keep seeing people suggesting that “it would have had to be a submarine, and torpedoes or divers, or it had to be an inside job by the Russians.”

No, sorry, not true. Yes, my main suspect is the Russians too, either a Russian saboteur deciding to stick it to the government, or, equally likely: On orders from Putin, in a “burn the boats” move. (Does it make good sense? Well, no, not to me, but then most of the shit Putin has done in the last year doesn’t make good sense to me, so there’s that.)

Still, let me point out a couple more ways that it could have been done.

Ukrainian saboteur, Ukrainian Intelligence Operative, or Ukrainian sympathizer. People have managed to penetrate industrial facilities before, and I imagine it’s significantly easier to get into a pipeline pumping station than into a military facility. Open the inspection port, slip in a timed bomb with a parachute to carry it down the pipeline with the flow of LNG, and make your escape, minutes or hours later…BOOM.

Literally any other nation’s intelligence service, following the same plan as 1. It’s worth noting that from a certain perspective, it’s very valuable for China that Russia become and remains, an international pariah. Not saying it was them, but they have as much motive as any other nation except Ukraine.

Look, the location of the pipelines was open source, hell it is on the navigational charts. You can launch and operate SROVs from a small trawler, or anything larger, up to and including a CVN or a ULCC. I’ve been in the Baltic, it’s a busy damn waterway. Slipping a trawler, or even a disguised yacht/sailing vessel with an SROV onboard into that area, hanging out, launching an SROV under cover of darkness, driving it down to the pipeline where it drops off a little calling card, in the form of 500LBS of HE, (by the way, that’s an exaggeration, I bet without looking up the construction of the pipe, that a five-pound shaped charge, plus the water pressure as a tamper, would do the job nicely, which means a SMALL SROV could handle the job) and a timer would be child’s play.

It could have been done WEEKS before the bomb went off. Good luck trying to go back through all the recon footage for the last month or two and trying to identify any and all suspect vehicles from about 30 foot on up, that could have been the mother vessel for the ROV.

Consideration #3 means that ANYONE could have done it, for definitions of “anyone” that include people with enough money to buy or rent a yacht, or trawler, buy or rent an SROV of the size needed, with a grapple (or two SROVs without grapples, attach the bomb permanently to the SROV, drive it down to the pipe, and cut the tether, repeat for other pipe) and the contacts to get a shaped charge or make one.

Someone with halfway decent technical knowledge could build one from scratch, by the way, they aren’t complicated, we teach high school kids how to build SROVs with grapples and CCDs (cameras) and truth be told, making a shaped charge isn’t much harder.


Well, after I wrote this on Quora, I decided to do a deeper dive into it, and make it a blog post.  The very first thing I found was an article saying that “OMG, Russian Navy support ships were reportedly spotted near the Nord Stream 1, and 2 pipelines before they blew up.

It may be that by the time you read this, the mystery will have been solved, though I doubt it. Forbes magazine takes a very insightful crack at “why would Russia do it?” here.

You should read it all, but the money shot is this: “The answer lies in the strength of Western financial institutions, Russia’s lack of leverage or soft power, and the devastating impacts sanctions are having against Russia. If Nord Stream is shut down suddenly through “force majeure”, a sudden uncontrollable stop that is the fault of neither party, then Russia can void its obligations towards European stakeholders without legally breaking contracts, thus dodging the many penalties in doing so.

The other great reason Putin is expending so much effort in pursuit of such a transparent strategy lies in his domestic vulnerability. By ending all possible routes for gas delivery resumption with the West and making rapprochement more difficult, Russian oligarchs who have not yet fallen out of a window, but may still be wavering in their dedication to Putin, have no choice but to acquiesce to his leadership.”

I find no flaw in their reasoning, and when it comes to money motivations, well Forbes is pretty much the expert in their field.

Still, it’s not proof, and there are several other people, as I mentioned, with motive and opportunity.

I also found some data on the actual makeup of the pipe in the Nord Stream. The thickest steel is 1.6 inches, down to 1.06 at its thinnest, the whole thing is then encased in 2.3 to 4.3 inches of concrete all sitting at 260 to 360 feet underwater.  I’ve spoken with my pet explosives expert (who did this shit for years, for fun and profit while wearing a Budweiser eagle). Turns out I overestimated what would be needed to blow this thing.  He figures 2 three inch shaped charges would do nicely, so a couple of RPG-7 rounds would be more than enough.  All of this means homemade ROVs could easily do this.  The fact that the explosions set off seismographs as a 2.1 earthquake before reinvestigation revealed that it was an explosion, not an earthquake, means someone believed in overkill.

CDR Salamander brought up the serious point that this demonstrates the vulnerability of the rest of our Sea Lines Of Communication (SLOC) such as the Trans-Atlantic Cables which carry 95% of the international data, including banking, information, Diplomatic traffic, etc… I recommend you go take a look, here.

Vulnerabilities abound.  We need to tighten up our control of anything that is vital to our national defense and national survival, the world is an unfriendly place, and getting more so by the day.

In further fun, but completely expected, Putin will begin annexing four regions of Ukraine on Friday. (has begun, by the time you read this.)  Of course, the votes were “requested by the annexed areas, and the elections were all overwhelmingly in favor, at 93%, 87%, 98%, and 99%.” And in the words of Joe Stalin, “It’s not who votes that counts, it’s who counts the votes.”  Everyone who knows thinks this is Putin’s excuse to use a nuclear weapon.  Hopefully, one of his own generals shoots him before he does, because that’s a genie you don’t put back in the bottle.

Lastly, in what I am sure is strictly grandstanding, because they have about as much chance of getting this through as I do of being elected President, the House Republicans just introduced a bill that should make every loyal to their party Democrat curse.  At the time of this writing, it doesn’t have a number yet, but the name explains it all:  Diverting IRS Resources to the Exigent Crisis Through Funds for Border Security Act, or “DIRECT Funds for Border Security act.”  Simply put it would take that extra $80 Billion for the IRS and give it to the Border Patrol, to enforce the borders, and hire more officers.  It’s a straightforward bill, it’s only two pages, and it actually does what it says it does, unlike most of the bills put before Congress.  Which is why it will never pass. You can read about it here.