Hotel Transylvania 3…. and Other Things 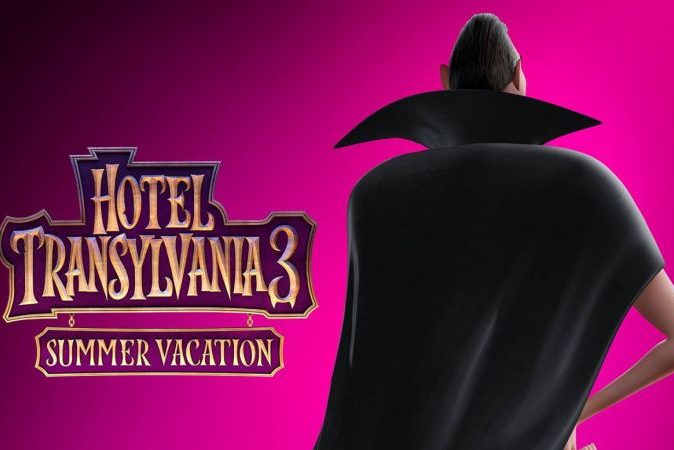 Welcome back to the Scuttlebutt.  Hey, we’re going to talk about several things today, because I can’t get a whole lot of verbiage out of HTIII without doing spoilers.

First let me say that Mel Brooks was the Voice of Vlad, and I think the animators nailed him! I’ve always loved Brooks’ work, this was no exception.  It’s another fun film. There’s some stuff that will go right over the kids heads but had every parent in the place nodding with a wry grin… Look, if you’re not doing anything go see it and take a break.  It’s not a “must see” but it was a lot of fun, especially if you’re 30+…

Let’s talk about reviews in general for a second.  If you’ve been here a while, you’ll know that I damn seldom give a bad review.  There’s a couple reasons for that:

First, I don’t buy into the “intelligencia” bullshit that you must dislike and slam everything, or be thought to be plebeian.  On the other hand, maybe I am plebeian, at least I know what I like, and I don’t go through life miserable.

Second, no one is paying me to review what the studios want to have made a hit. I pay to go to the movies, just like you. Why would I pay to go to a movie that I don’t think I will like?  If someone starts paying me to go review movies based on what they want reviewed, I may start slamming more movies. Until then, the only time I will slam a movie is if I went to it, because the trailers etc. made me think it would be good, only to discover that the only part of the movie worth watching was the stuff in that three-minute trailer.  I’ve seen a few of them, (cough Jupiter Ascending cough) but it’s not like I’m going to pay my good money to go see something I think will suck.

The corollary to this is, if I don’t review it, you can assume either:

2) There were too many good looking movies to choose from,  and I just didn’t get a chance to see that one, or

3) Life got in the way, and I haven’t seen any movies in a while.

If you want me to review a movie, drop me a line in the comments section of any of my columns, I’ll see it, I promise (unless it’s mid-August through early September this year, where I will be off grid and on a cruise.)

While we’re talking about movies, and such, let’s talk about a couple of the elephants in the nerd’s room, starting with James Gunn.

Look, I liked some of his work.  But this IS the guy that lead the charge to demand that Roseanne Barr be fired and “never work in this town again” as the saying goes, because of one off color, bad taste joke.  He was practically doing the torch and pitchfork thing, because she was right wing…

Well, a couple off color jokes about pedophilia may be beyond the pale, but 10,000 of them??? Yes, that’s more like a lifestyle choice.  Then there’s that little thing called “Precedent”. When you try to pillory Trump for one comment that “if you’re rich enough, women will let you do anything, even grab them by the pussy” … you don’t get to be shocked when that knife turns around in your hand and slices the shit out of you.

So, Disney dropped him like a hot rock.  OK, it’s sort of hard to blame them… after all, these are the same folks that will deny to their last breath that they ever made a movie called “Song of the South”, and somehow lost all the footage in Dumbo with the crows.

The interesting thing is that immediately after they let Gunn go, and he started deleting all 10K twitter posts that were in question, Kathleen Kennedy (the director of the last Star-wars, which was not exactly well loved by the fan base) suddenly deleted 20K twitter posts… No, I don’t know what was in them, I didn’t give her enough rent-free space in my head to follow her before this… and I give her even less space now.  I wonder how much space The Mouse will give her?

Well there’s other things going on in the Nerd space as well, World-Con and the Hugos continue their slide from greatness to ignominy and irrelevance. Seems some twit that got nominated by enough of the 78 members of World con to get on the ballot (I remember a few years ago it was 7.8K members… but they achieved the chasing off of all “wrong thinking” individuals, and now this is what they have left) didn’t provide them with a Bio.  As a result, they went with what they could find. Then someone used spell check or something similar, and as a result, said twit didn’t get it’s preferred pronoun (ze or something) and was, shock of shock, called a he. Well it’s so traumatized that it doesn’t “feel safe” going to the con… Oh and it didn’t get a panel, because not enough people had ever heard of it, which traumatized it more… Well, this caused the usual suspects to REEEEEE in agony and sympathy. SO, end result, with a month left ‘til opening day, they have completely scrapped the program and are rewriting it.

Kipling had something to say about “paying danegeld”… If you give something power over you, it will ride that horse for as long as it can.  World con was screwed before, but this will ensure that the death comes faster.

Meanwhile Liberty con (Baen’s home con) sold out within 4 hours of being open for ticket sales.  Dwell on that shit for just a second.

Look, I’m out of here, I have dishes to do, and a brisket to prep for smoking. Until next week…