Government Leadership Part 4: The State of the Union 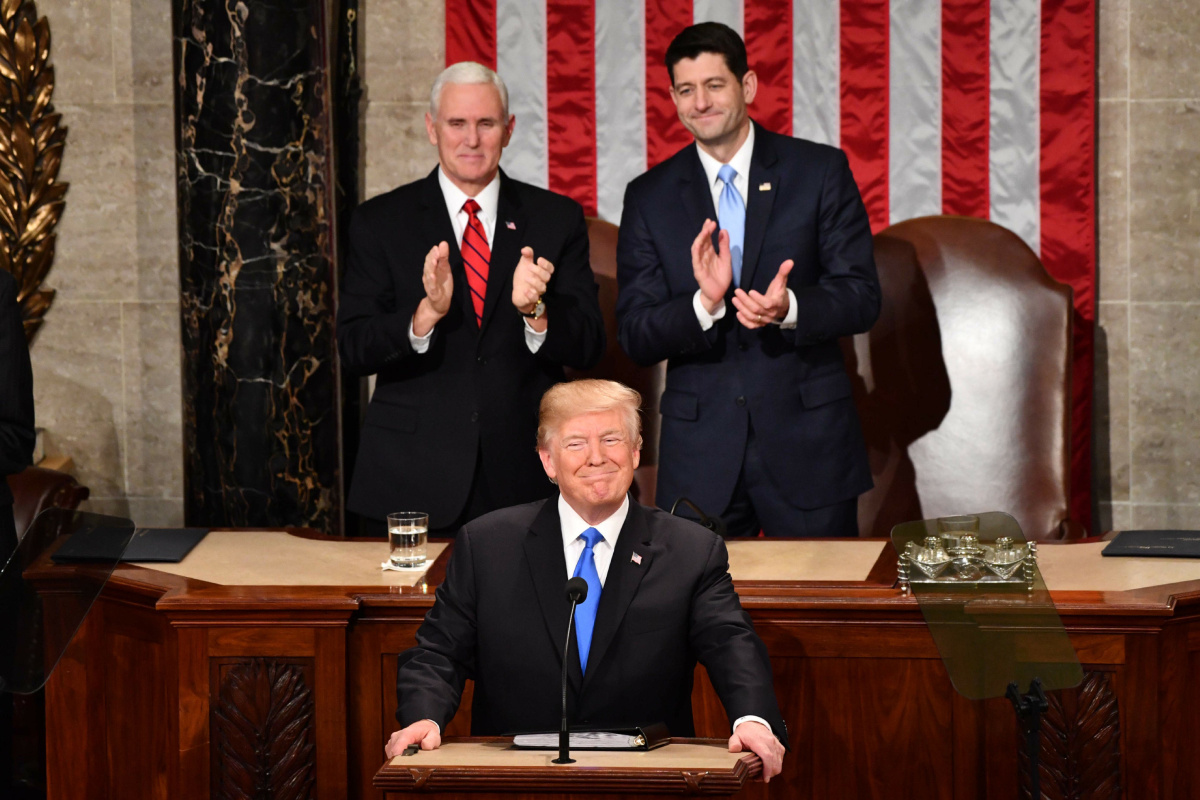 I did something last night that I haven’t done in decades… Yes, I mean decades, as in the last time I listened to a State of the Union Speech, the guy giving it was saying “well there you go again…”  Yeah, I’m talking about Ronald Reagan.

Generally I’ll at least skim the speech, to see what the guy behind the big desk is saying, but now that I’m doing the political pundit thing, I figured I owed it to you my readers (at least I hope there’s more than one of you out there) to hear and watch the man speak before I wrote about it.

I seem to be in the minority of the pundit’s out there in feeling that I owe that to my readers, based upon what my competition has to say about the speech.  I don’t know what the hell they were watching but it sure doesn’t match what I watched.

The camera angle I was watching on was bad, it made Trump look smarmy as hell.  (Intentional? Could be…)  In spite of that, and in spite of the fact that Trump’s speeches are not always all that great, (he’s better to actually listen to than to read, as he has a fair amount of asides and cultural references in his speeches that you really have to watch to get… Humm, who does that remind me off?)  Anyway… In spite of that he gave a GOOD speech.  As I was listening to it, I wondered how anyone could possibly disagree with anything he had to say?

“As long as we are proud of who we are and what we are fighting for, there is nothing we cannot achieve,” the President said. “As long as we have confidence in our values, faith in our citizens, and trust in our God, we will never fail.”

“Together, we are building a safe, strong, and proud America.”

Honestly, who the hell could find anything to dislike in that?  Well, it seems I underestimated the left.  They managed to find lots to dislike about it.

Elizabeth Warren stated “I went to the #SOTU. I wanted it burned into my eyes. If there’s ever a moment when I’m too tired to keep fighting I just have to close my eyes and see Donald Trump, Mike Pence, and Paul Ryan applauding themselves for punching working families in the gut, and I’m back in this fight.”  Boy, I don’t know which speech she watched, but it sure as fuck wasn’t the same one I saw.

Faiz Shakir, the national political director of the ACLU stated: “President Trump said the word ‘America’ more than 80 times in his speech. Yet, after a divisive first year, we hear and feel how exclusionary that ‘America’ is, with policies that have harmed so many vulnerable American communities. The ACLU stands ready to protect these communities, both in the courts and at the polls.”

The Democratic side of the aisle was unwilling to stand and applaud ANYTHING Trump said… The same side that then scourges him for being partisan. In the democratic dictionary Partisan must mean, completely surrender to whatever we want.  There’s one picture making the rounds that proclaims to be, and surely looks like, Nasty Pelosi bitching out one of her people for having the audacity to stand and applaud something that Trump said.

I think the left overplayed their hand on this one.  A CBS poll (a news agency that is not exactly on Trump’s side of the fence) showed 72% of the independents, and (ready for this?) 43% of the Democrats that watched the speech approved of it.  One of the things that had most of the left’s panties in a wad was the fact that for the first time in a long time, our president was saying that His job, and the job of all the rest of those rat-bastards in the house and senate was to take care of AMERICANS, first and foremost.

Finally, someone that understands who’s working for whom.

Have a good week, see you next time,