Government Leadership Part 3: AKA Do Your F~cking Job. 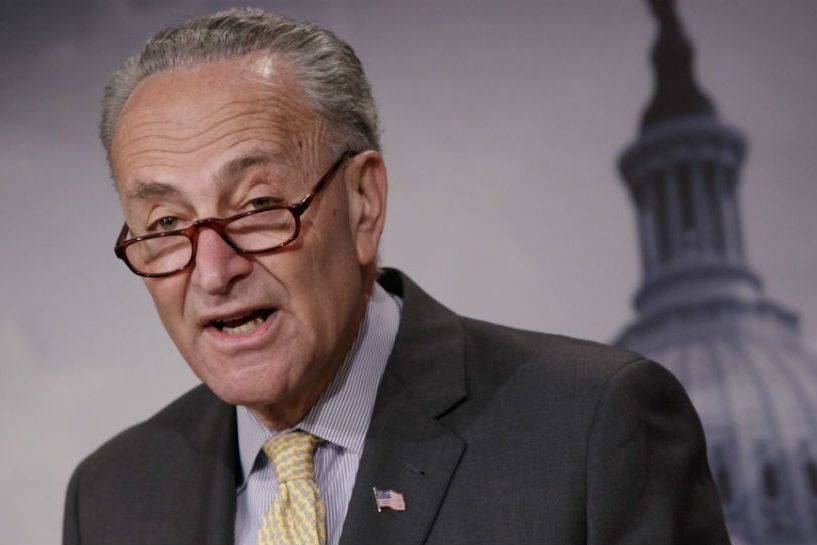 All-right, Listen up.  First let me make crystalline fucking clear that I am no longer on active duty.  In fact, I am on the Retired list.  I want to make that perfectly clear, because I’m about to do something that would be a violation of the UCMJ if I was still on active duty.  To wit, Violation of Article 88 “Contempt towards Officials”.

In this case, Congress, more specifically, the Senate.  And actually, it’s not contempt, or rather, not just contempt.  Contempt doesn’t begin to describe the depth of loathing, disgust, scorn and disdain I have for those rat bastards.

You fuckers have one principal job.  All other jobs are secondary to your principal job.  Creating a budget.  That is your primary job.  If you do nothing else, make no new laws (PLEASE) but you create a budget and pay the bills, you’ve achieved your primary objective.  This is something you haven’t managed to do since 2009!

Yes, you read that right, they haven’t had a budget for the last 9 years!!!  We’ve been operating on Continuing Resolutions for that long.  Let’s look at that for just a second.  That’s like a ship not verifying its position for 9 years, just going off dead reckoning.  Or for something a little more mundane, it’s as if you didn’t balance your bank and checking account for 9 years, just ran on the assurance that, since you’re getting paid, there ought to be money in there.  Oh, and not looking at the bills, just sending what you paid 9 years ago, because, well, they ought to be the same…

This crusty old bastard makes a good enough living that we didn’t have to worry about the government shutdown, we have enough cushion to go with no pay for a few months and still make the bills.  However I have kids working for me, that were sweating bullets, because if they didn’t get a check, the rent didn’t get paid, and the food didn’t get bought, the kids didn’t eat, and well, living in a tent ain’t that bad, right?

Now refusing to pass a continuing resolution or a budget because of a fundamental difference in how to spend money (oh say one party wants to give everyone free college at an ivy league, and the other party wants to tax college tuition at 50%…) that might be a reason to refuse to pass a resolution.

But to refuse to pass a resolution to pay the young sailors, soldiers, airmen and marines because you want to guarantee that non-citizens are allowed to stay in our country forever?  What the actual fuck are you thinking?

And here’s the REAL Kicker, doing that shutdown for three days, cost you (yes you my reader, assuming you pay taxes) more than if they had just done a continuing resolution.  We had to fly lots of people home, because they weren’t allowed to be off station while the government was shut down, we had to spend a lot of money creating letters to put people on furlough, just for them to be told that night, that the furlough was over come back to work… and so on.  At a rough guess, we spent several billion dollars as a nation for that three-day temper tantrum. That’s enough for a new ship or two, or a few new airplanes, both of which we could really use.  Oh, and there’s every possibility that we could do all this shit again on Feb 8th.

MAKE NO MISTAKE, this was on congress, and specifically it was on the democratic party.  These fuckwits bragged about it.  They shouted it from the rooftops.  That is, until they realized that it wasn’t going over very well with anyone but the most died in the wool leftists.  When even the NYT (scuzzy old whore that she is) and CNN are calling you out… Yeah, you lost it.  All the claims that “it’s Trump’s shutdown”?  PULEASE!  The man doesn’t even get to vote on it until you pass it to him.  Now if you had come up with some sort of bill that passed a budget and said every Mexican citizen gets to be paid from the US welfare rolls, and may vote in elections without becoming a citizen…

(Not as far fetched as I would have thought a few years ago, California just made it law that everyone issued a driver’s license is automatically registered to vote… while also making it a law that the state is not allowed to ask you if you’re a citizen to issue you a driver’s license.  Dwell on that shit for a moment.)

So, let’s say the congress made that part of the budget, and as a result, Trump vetoed it… OK at that point, it’s Trump’s shutdown.  Granted, that’s something that I would have supported him shutting down the shit for, but still… If you are the one that says NO, it’s on you, and it’s up to the citizens to determine if why you said no was worth young soldiers not getting paid, worth Ellis Island being closed, and so on.  The verdict is in, and as a nation we said “no, not worth it”.  And Schumer, Pelosi, and the rest folded.

Well that isn’t good enough for the “dreamers”, who have had plentiful opportunity to become citizens, and have not availed themselves of it… So now they’re lined up around Schumer’s house 24/7 protesting.  (seems to me, they’re making it easy for ICE…(Immigration and Customs Enforcement), time to just round them up and send them packing).

Look, I STRONGLY support immigrants, a couple generations ago, my family WAS immigrants.  But there’s a couple crucial differences. 1) My family came here LEGALLY.  2) My family assimilated.  We wanted to be AMERICANS.  To the point that I was told by my grandmother, German was not allowed to be spoken even in the house!  “WE ARE AMERICANS NOW PAPA, WE SPEAK ENGLISH”.

What I don’t support is someone that doesn’t want to pull their weight, do their part, or become a part of us, but wants all the goodies that being part of us gives you.

You know, things like not having troops and cartels both robbing you on the same day?  Like having streets that for all the lack of maintenance ours have, still isn’t the open sewer along side the dirt road I’ve seen in Central America? Like not having the total collapse currently existent in Venezuela?  Like decent medicine, healthy food, honest (by comparison, the worst US cop is a paragon of virtue) police, like having a fucking power grid?

You want these things?  They come with our society.  But so also comes our values, and paying taxes, and respecting our flag, and so on.  Yeah, Yeah, I hear you, these kids “the dreamers” (what a bullshit propaganda name) didn’t choose to come here, their parents brought them…  A few billion children each year didn’t choose not to be born American, does that mean we have to give them all a place in America?  There has been a path to citizenship for these kids through green cards (which they could get by petitioning to exit with return, returning and applying, or by serving in the military) and then applying for citizenship.  They chose not to.  They still chose to maintain citizenship in the nation in which they were born.

Fine, if you want to wave a Mexican flag (or whatever central or south American nation you came from) at me, we’ll happily send you back there.  Hopefully when you try to come back across the border again, there’s a wall in the way. (a mine field would serve just as well, properly labeled in all languages.)   Does that seem harsh? Well, I recon it is, but I’m sick of this shit.

A Man often viewed by Liberals today as “one of them” for his stands on public lands, against big business and so on, no less than Theodore Roosevelt said:

“In the first place we should insist that if the immigrant who comes here does in good faith become an American and assimilates himself to us, he shall be treated on an exact equality with every one else, for it is an outrage to discriminate against any such man because of creed or birthplace or origin. But this is predicated upon the man’s becoming in very fact an American and nothing but an American.

“If he tries to keep segregated with men of his own origin and separated from the rest of America, then he isn’t doing his part as an American.

Well Teddy was more eloquent, as it was a more eloquent time.  But the point is the same.  Become an American, or get the fuck out.

And Congress? DO YOUR JOB, PASS A BUDGET.  If I was in charge, you bastards would all have your pay garnished from Oct 1 on, until you passed a budget. And if you didn’t have one by Jan 1 we chain the doors shut, like the Cardinals get chained inside the Vatican until they elect a pope.  Of course, that’s illegal… Let’s see, who wrote that law? Oh, yeah, Congress.

OK I vented my spleen. You folks stay safe,