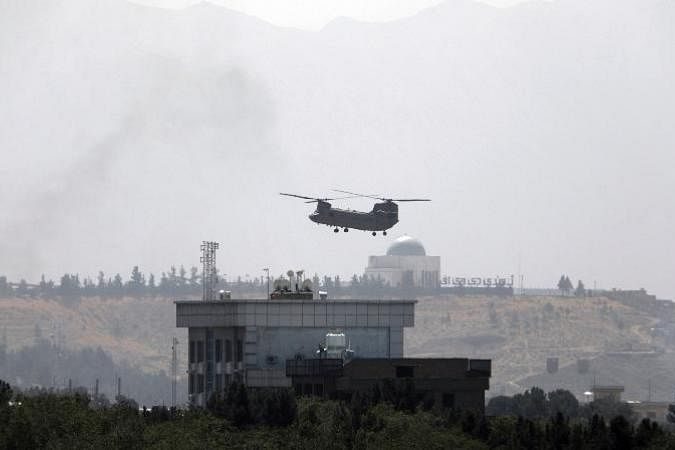 All right, listen the FUCK UP!

Afghanistan was not my war.  I retired after 20 years, and three wars, before 9/11 happened, before we went into Afghanistan in the first place.

Vietnam was not my war, I as in middle-school when we evacuated Saigon.  Yet the earliest memory I have of life was sitting in front of my grandmother’s TV (must have been about 4) and there was this guy standing it what looked like tall grass (I later learned that was a rice patty) while small arms were firing off in the distance, and a green helicopter was taking off behind him, while he said “This is Charles Kuralt, from somewhere in Vietnam.”

Never the less, I had dear friends, brothers if you will, in both of those shitholes.

There are a lot of parallels between those two wars. What’s that you say? You, yeah, you in the back with the PETA shirt on and five different colors of hair, did you say “they weren’t wars?”

Listen here buttercup, if you’re in a uniform, getting shot at by people in a different uniform, it’s a fucking war!  The fact that the spineless bastards in DC didn’t call it a war is irrelevant to me. “Police action, Peace Keeping Forces, helping our allies with counterinsurgency” MY ASS.  If it ends in a “Peace Treaty” it was a war.

So, as I was saying, both of these wars, we won every fight, and lost the peace.  Why? A couple of reasons:

Look, Counterinsurgency is HARD.  The greatest empires on earth have failed at it. If the people of the nation that is being attacked by insurgents are not willing to fight against the insurgents, it’s impossible.  COIN can be won, but there are only three ways to win, and one of those three is just not really on the board for Americans at this time.

The first way is to get the insurgents to actually make it a real nation vs nation battle, and then beat their ass.  See England V Scotland at the Jacobite rebellion. (and that one still wound up using way number three). See also, the US Civil War.

The second way is to grind them down.  That takes a LOT of patience, and will.  See the English Raj in India for an example.  Grinding down doesn’t work on Afghans, ask the English.

The third way is to be so damn brutal that you win from fear, and the Hoof and Mouth cure (if there ain’t no hooves nor mouths, there ain’t no hoof and mouth disease) That is successful, at least in the short run (see several African and South/Central American nations, and, for that matter Rome, Imperial Japan, and Nazi Germany) The trouble with that, is that it takes a certain type of person to do that, and frankly I wouldn’t like myself afterward.  This doesn’t mean we are above doing it that way… (see the American Indian wars, also the Philippine Island Moro revolts.) But someone would have to do something really horrific to kick us over to that, and I mean “make 9/11 look like a slap with a white glove.”  If someone is ever that foolish, may the gods help us all, because what comes out the other end will not be America as we know it, and the people that take us to it will find out what genocide REALLY looks like.  (hint, ask the city fathers of Carthage.)

All that said, when I say the civilian population and the politicians let us down, I mean it.  We weren’t at war, the military (less than .1% of the population) was at war, America was at the mall.  In Nam, America’s civilian population was war-weary as hell, after WWII, followed by Korea less than five full years later, with Nam starting even before Korea ended, and the whole thing playing out against a “Cold War” that could have gone hot at any second, we just wanted it OVER, at any cost.  The Press was on the enemy side, and the politicians were just looking for a way OUT.

Here’s the thing.  Both of those ended in peace treaties that were broken by the enemy before the fucking ink was dry.  We knew that they were broken before the ink was dry.  At least under Trump, when the Generals told him the Taliban weren’t following their side of the deal, he stopped the drawdown.  Of course, that went away as soon as Biden came into power.

We should never have gotten into the nation-building business in the first place because we weren’t willing to put the FIFTY to SEVENTY-FIVE years in that it takes to successfully change a nation’s thought pattern.  What we should have done, as I have said before, is a good old-fashioned “Punitive Expedition.”

IE, walked in, kicked everything that moves in the nuts, found the people responsible for allowing Al Qaida to operate there, and shot them in the head, then walked out with: “Your nation, you fix it. Keep your hands off us and we’ll not be back.  Fuck with us and this will look mild compared to what we do next time.”  But we allowed ourselves to be lured into the hubris of thinking we could make everything better, and make them a “free people.”

No one can make you a free people, you gotta do it yourself. The most anyone else can do, is hand you the tools, and give you the breathing room to make it happen yourself. (thanks France) And in a nation with 2000 years of graft, corruption, tribalism, backstabbing, and general strongman bullshit, we never really had a chance at that.

All that said, we gave individuals breathing room to become educated adults, and to at least save themselves.  We gave some people an opportunity to have a life, in the western sense. Sadly we then fucked that up by the absolute GOAT SCREW that was the pull-out.

“We had no idea that the government would fall that quickly!” says Biden… HORSE SHIT. General Bell, former NATO Land Component Commanding General predicted it, the CIA, and NSA predicted it, there was adequate reason to suspect that the Afghan army would fold like a cheap card table the first time it had to act without support from Uncle Sugar.

Now, none of this gives the military a free ride in their fuckups, and they had many. Generals and Admirals are now admitting that “we tried to make the Afghan National Army (ANA) an “American model” army, in a place where the people and the equipment can’t support the American way of war.  Our style of war depends on having the equipment and discipline to communicate, fight together, and instantly support the front with intel and air support, as well as overwhelming artillery support a phone call away.  The ANA didn’t have the mentality to do war that way, being still a mostly tribal organization, and even if they did, they didn’t have the infrastructure to support that sort of war.  But then again, the NVA didn’t fight that way either.

What we should have done is create, as Admiral Stavridis (who was the Supreme NATO commander during the same time that General Bell was running the ground forces) said today, not an army of “Redcoats” but an army of “Minutemen.” Our failure to do that meant that the ANA was GOING to fail, it was just a question of when. His Op-ed is worth a read, you’ll find it here: https://www.bloomberg.com/opinion/articles/2021-08-16/the-afghan-army-was-always-doomed

The scary things about this:

There are a shitload of people right now that are stuck in the collapse.

There are a shitload of Vets that see this as their failure (it wasn’t) and that their efforts were wasted, (if one civilian, one little girl, got out because of what you did, you did NOT waste your efforts damn it!) many of those are joining the 22, which is now up to 27.  (that’s the number of vets that suicide a day.)

And the REALLY scary thing about this is that it sends a message that we, the US, lack the sack to fight a war anymore.

Look, looking weak is NEVER a good idea.  We just showed that we can’t be trusted, that we might fold at any time.  You can bet both our allies and our enemies are taking note.  China is already saying to our allies “look at Afghanistan! You can’t count on America!  The Philippines, you best make the best deal with us you can, ‘cause Joe ain’t got your back! Taiwan, you best just shut up and join us peacefully, because Joe won’t back you up, and if you don’t join us peacefully, we will take your ass by force.”

That sort of thinking leads to things like the 1939 invasion of Poland.  When one side is sure that the other side will cave, they get froggy.  They do things that they wouldn’t even try in a calmer day because they are sure that their perspective enemy is too weak, too cowardly, to do anything.  This sort of miscalculation is the root of most wars in the last hundred years.

From the Spanish-American War to the Falkland Islands, to Gulf 1 and 2, failure to understand how far the enemy will go, starts wars.  It’s bad enough when it’s a small thing like the Falklands, but a war over Taiwan would almost certainly become a World War.  That’s something everyone can do without, but China wants Taiwan BAD, they have staked a LOT of national political currency behind it.  If they think that now is the time to get away with it, they’re liable to jump.  We can’t afford to stand by and let them.  And so, WWIII.

Out of such seemingly little errors (like some fruitcake assassinating an Arch Duke) do mighty meat grinders killing millions start.

Folks, pray I’m wrong on this one.  I really don’t want to be right.

Keep your head on a swivel, and make sure you have a plan, it’s crazy out.