Go Away For a Week 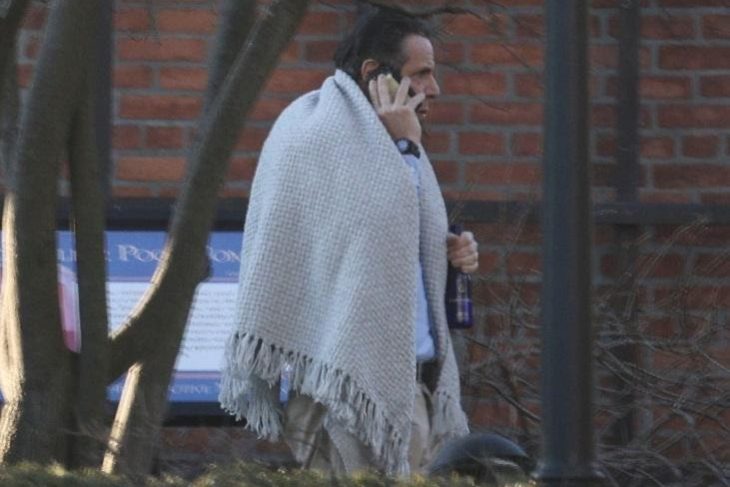 Pour a drink, have a seat, and let’s talk.

Boy, go to sea for a week and the whole damn world vies to give me things to write about.  (By the way, Alaska was great, and I may do a compare and contrast of NCL V Princess lines in a future post.) Let’s start with that loser above.  Governor Cuomo, once the darling of the left, and still is in some parts of the left (just don’t admit it around an open mike) has finally fallen.  Killing Grandma and Grandpa by the job lots (by putting them in care centers with COVID patients, instead of doing isolation like any sane state) didn’t phase the left.  Being Epstein’s buddy? No big issue.  See he said all the right things, and gave lip service to all the right causes.  He “Signed sweeping new protections for women in New York State.”  The fact that the next day he was back committing sexual harassment and sexual assault on a NY State Trooper?

Well, that was irrelevant.  Until suddenly it wasn’t.

Even in defeat his resignation speech was as self-serving a piece of Pravda as I have seen since the fall of the Soviet Union.

Now this is being painted as a victory of the #MeToo movement, and it is… But it’s far more than that.  It’s proof that even the biggest, most untouchable assholes can fall, if they go too far.  It’s a victory for all of us, by showing that if you go far enough off the rails, even your own party that idolizes you will turn on you.  It’s also a warning to everyone on the left that the mob will seek blood if you fail to meet the latest litmus test.

Then there’s the new Infrastructure bill.  Now, understand that while it’s being painted as “passed the senate, done, law!” it’s really not. Not yet.  There’s still the reconciliation between the senate and the house version, and then a final vote by each house on that reconciliation.

There are parts of this bill that even I can support.  We’ve got bridges all over the nation that are about to collapse.  Fixing them is vital, and yeah, someone has to pay for it.  But let’s look at some of the other things this behemoth buys us. When I say Behemoth, I am not joking…2,700 PAGES worth of law.  That is over twice as big as the Christian bible (new and old testaments combined!)

New cars will have to have the technology to detect drunken drivers, and a system to keep children from being accidentally left in vehicles on hot days… My Explorer has a system like this that sounds an alarm when it thinks I am weaving in the lane… usually because there’s shit on the road!  I’m wondering if the new version will call the cops on me, or just shut down the car on the freeway!  Sorry but this isn’t something I want to pay for with my tax dollars, and it’s none of the federal government’s business.

The “kid in the car” thing is supposed to let you know if you opened the rear doors before you started driving, and not when you stopped and turned off the car… Gosh, Mr. Biden, I put my fucking backpack in there, is that OK with you? It’s another overreach that doesn’t deserve my tax dollars or more overreach by the Federales.

39 billion to make public transit electric buses.  We visited how well the electric bus thing is working in Philly here a while back… So pardon me if I think doubling down on stupid at this price point is a bad idea.

66 billion for passenger and freight rail.  Yeah, he’s going to try to make the trains run on time.  Look, I am a fan of rail, I think it makes good sense for bulk cargo that can’t be shipped by pipeline.  But if you’re going to do it, do it right.  Nationalize the rail bed, and charge any train company that wants to run on it by the mile-ton.  If it’s good enough for the trucking industry, it’s good enough for rail.

There’s a significant chunk for things that actually need to be done, like upgrading the power grid, but there’s nearly as much for upgrading the water infrastructure, which frankly is NOT a federal problem, that’s something the various states and cities need to be taking care of.

Then there are the hundreds of billions of dollars that no one is listing.  When you add up all the stuff that some news wank is willing to admit to, it comes to less than 600 billion out of the one trillion dollar price tag.  What pork barrel bullshit is hidden in the rest of this bill? Only time will tell, because this particular reporter doesn’t have time right now to go through a goat gagger the size of the entire Lord of the Rings trilogy, with The Hobbit, and The Silmarillion tacked on, before sending this to press.

People, we need to hold our elected officials responsible.  When they’re publishing laws this big, you KNOW there’s billions of dollars of pork and graft hidden inside.  Time to make that shit stop!

Next, we’ve got Biden’s Vietnam. Our beds aren’t even cold, and the Taliban is breaking the shit out of the treaty that got us to pull out.  The treaty said the Taliban agreed to seek a peaceful solution, and agreed not to attack cities (like the seven capital cities they have attacked and captured in the last three days.)  We made a similar deal with the NVA, we’ll pull out of South Vietnam, you pull out of South Vietnam, and we’ll let South Vietnam figure out what sort of government they want.  Three months later the NVA rolled south with more tanks than Patton had in the Third Army, violating the hell out of the treaty and we did Bupkis.  We are seeing this replayed in real-time, and no one is doing anything.

If you ever find yourself fighting the US, just hold your own until the politicians get tired of it, promise to be a good boy, if they’ll just leave, and wait until they go before beating the shit out of your neighbor again.  Odds are great that you’ll get away with it.  And my brothers in arms are all asking “what the hell did we fight and die for if you’re just going to give it away, you bastard?”

Speaking of Bastards, there’s the Nazi censors of Fascist book.  On a vet site I frequent, some bubblehead was complaining about taking flack for parking in a “veteran” spot, even though he’s retired navy and 60% disabled… well some wanker said that “you sound like a twat.”  This post they let stand!  However, when I responded to said wanker with, “you sir, lack the warmth or depth to be a twat” I CAUGHT A 30 DAY BAN.  Ah well, some of us are more equal than others, I guess.

Also speaking of bastards, the Navy finally accused someone of the burning of the Bonhomme Richard.  In what should be no surprise to any of the readers of this column, it was arson, with the sabotage of the firefighting equipment on board.  Seems some little bastard was pissed at the Navy because he failed out of BUDS, so he decided to burn a ship down.  Probably wondering the whole while, why the Navy didn’t think he would be a good SEAL…  My recommendation: a fine and fair court, on the charge of “hazarding a vessel.” (by the way, the punishment for that crime is death.)  If found guilty, he should be removed from this place of trial, and held over until a gallows is erected, thereafter to be hung by the neck until dead.

Another Navy piece, it seems that the Navy has decided removing photos from promotion boards has had “adverse effects on diversity” according to the Chief of Naval Personnel.  So, let me get this straight there, Adm. Nowell: When the selection board doesn’t know what color or sex the candidate for advancement is, they select fewer minorities??? And you think that means we need to put the pictures back in the packages?

Uh, Boss, how about if we promote the best sailor, no matter what color or plumbing, instead of meeting quotas?  Maybe we have fewer ships running into other ships, less gear breaking, fewer failures of command if we do that?  Maybe, just maybe that’s more fucking important than that we have a “diverse” military?  Maybe we need to save the social engineering shit for things that don’t involve losing a fucking war in the name of diversity?

There’s a lot more to talk about, but I’m running out of time to get this out, so I’ll stop here.  People, you need to get politically active.  Failure to do so will cause us to lose this nation, and SOON.