Free Speech is Only for What We Say It’s For! 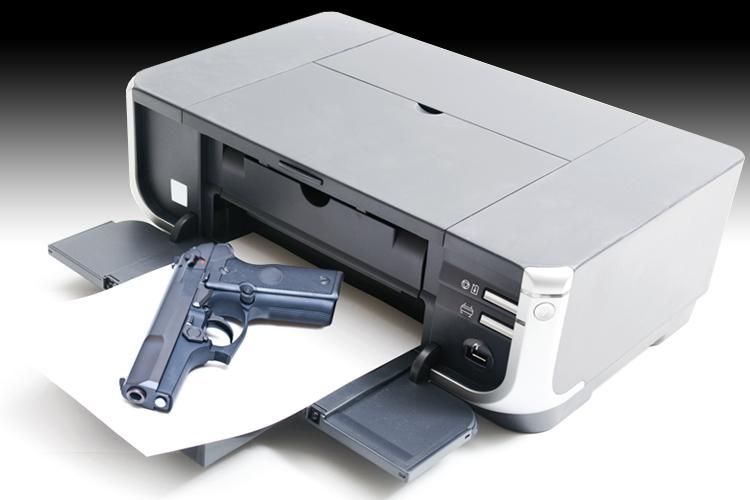 Once upon a time there was a political party that claimed they were for free speech, and civil rights and all things bright and beautiful.

That there should be no such thing as secrets, because “the people’s right to know!”

Then they got into power.

They tried to take people to court for saying things about their politicians, and get that speech banned.  They said that “corporations aren’t people, so they don’t have any rights.”

Yes, I’m talking about the Democrats.  At the high point of their power, in 2013, when a company called Defense Distributed came up with a design for a single shot pistol that could be built practically entirely on a three D printer, they lost their minds.  “Death in the streets! The gutters will run red with blood!” That’s what they promised. They shut down the distribution of this design (note it’s NOT an all plastic pistol, it has a steel firing pin, and uses metallic cartridges) declaring that this was “International trafficking in arms”.

Well, by the time that they shut them down the file had been downloaded one hundred thousand times.  It’s been available in various “pirate” sites ever since.

So, in the five years that it’s been around, how many people were shot with this thing? None, zero, nada, an oh without a rim.  Meanwhile the case has been winding its way through the courts, because you see, D/D sued the bastards.

Well, the hue and cry began again!  Several states sued the federal government to stop the settlement that this single shot pistol that you couldn’t conceal in a trench coat, that shoots a 380 APC cartridge that if you shot at me, and I found out, about I would get mad at you over… was not a “weapon of war”.  Washington found a sympathetic judge that would put a restraining order against both parties until it could be settled in court.

Now let me explain, for those of you that are not gun nuts, that I can buy a “80%” lower AR (the often panicky spoken of “assault rifle” that isn’t) or an 80% frame for a 1911A1 or Glock, with no background check because it’s “not a gun”.  I can then, with a router or a drill press make that sucker into a firearm. It’s perfectly legal and will cost a LOT less than buying a freaking 3D printer that will print the “liberator” pistol. Further the firearm I make will be a real, useful, multi shot, accurate firearm, not a single shot that’s about as dangerous to the shooter as the shootee (totally a word, bite me spell-check).

Further I can, with a welder, plans available on line, and a shovel for steel, make the “gun part” of an AK 47.  See there’s only one part of a firearm that is considered “the gun” by the law, the rest of it is replaceable parts, and can be delivered to your door by the post office.

Now, let’s get even more ridiculous, I can make the lower (that’s the “gun part”) for an AR out of WOOD in my wood shop. Or by piecing together pieces of steel that I buy at the hardware store and putting bolts through them. Legally.

Finally, I can with just a little knowledge available to anyone with a computer, make a firearm with nothing but hand tools. What kind of firearm you ask? Anything from the “slam fire” 12 gauge (a single shot, but it shoots a freakin 12 gauge shotgun round) to a Sten Gun.  What’s a Sten gun you ask? British fully automatic WWII commando submachine gun, that’s what. Yes, you can make one with nothing but hand tools. (note that both sten guns and single shot 12 gage pistols are NOT legal and making such a thing will get you arrested if you get caught, so don’t make one.)

This knowledge has been around since, well, since the Sten was invented, and before that, we knew how to make a slam-fire.  Hell, in the 50s and before there were “zip guns”, which is what they used to call a homemade firearm.

In all that time, where has the blood in the street been?  That’s right, it’s been nonexistent.

This is not, now nor has it ever been about guns. It’s about CONTROL.  If you ever thought the democratic party was about all things bright and beautiful, wake up Rip Van Winkle. They are about control and power, and only give a shit about the constitution when it helps them get control and power.  They have spent a shit ton of money on this over the last five years and are going to cost a shit ton more. Most of that money isn’t theirs, it’s the governments, which is to say IT’S YOURS.

Fighting this in court cost money from the states and from the federal government, with one fighting the other, and both getting into your pocket to pay.  It will continue to cost money, probably until it hits the SCOTUS, and at that point, D/D will undoubtedly win, and be rewarded with even more of your money.

All to stop a horse that got out of the barn a LONG time ago and has never bit anyone.  (see criminals are not interested in a plastic gun that fires one round and may last for nine shots before blowing up in their hand.  It’s far easier to steal a real gun, or have a buddy buy one, if they want a gun) “But Terrorists!” the Democrats shout. Yeah, non-starter.  Far easier to rent a truck and drive it through a crowd, and FAR deadlier. Also, easier and more effective to make chlorine gas or sarin, or phosgene, or a pressure cooker bomb, or… you get the picture.

People, when someone wants to “take care of you” remember that that phrase is also used by the mafia, for an entirely different meaning of “take care of”. Until next week…