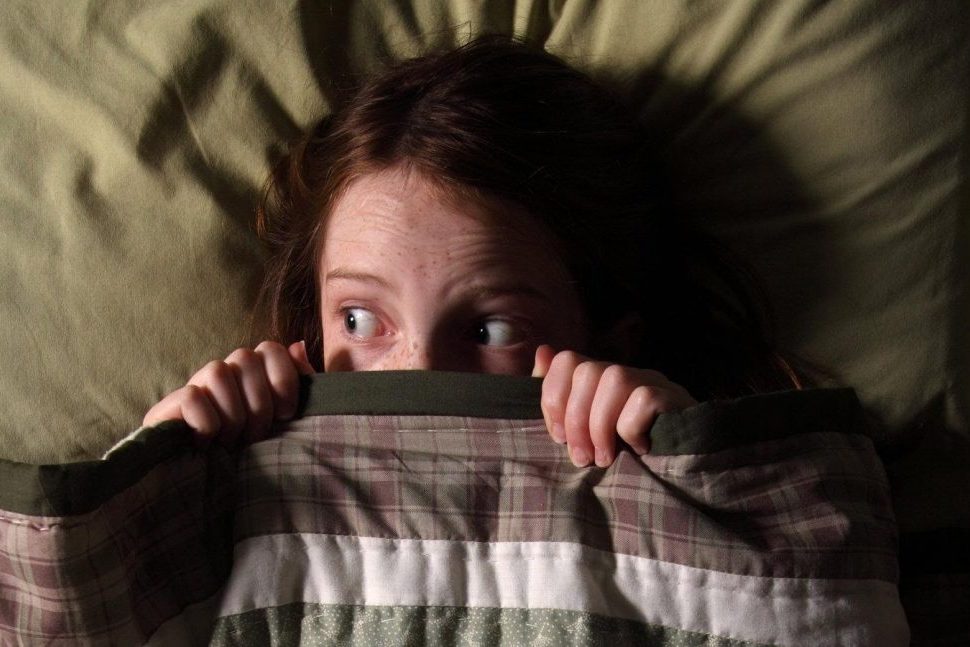 Pull up a chair.  I’m feeling a little under the weather this morning (3 hours in a dental chair and a flu shot on the same day will do that to you) so let’s stay with coffee this morning.

Fear.  My what a powerful motivator fear is.  Now emotions in general are the most effective motivators in existence,  (sorry, but logic runs a very distant second) but fear is the most effective one of them, if you want to make people or animals act.  It’s the most primitive, and easiest to instill.

Fear is how sheep dogs manage to herd sheep, it’s how primitive man managed to kill entire herds of buffalo that could have easily stompled (totally a word, piss off, Webster) them to death, it’s how wolves hunt, it’s how hawks make their prey freeze for easier pickings. (That shriek a hawk makes just before it starts the dive? It makes a rabbit freeze in its tracks.  End result, rabbit burgers for Mr. hawk.)

But fear has problems as a motivator too.  For one thing, it will make the target of the fear react, but it may not make it react the way you want.  Col. Jeff Cooper coined the concept of color codes for mental readiness, (white: totally unaware, walking around without paying attention to what’s going on.  Also known as a good way to be dead. Yellow: attentive but relaxed. How you should be, every waking moment. Red: There is a definite threat, and you’re focused on it. And Black: Freaked out, dysfunctional, fully in “fight, flight, or freeze” mode.  You’re operating on lizard brain.) with the point that you want to stay out of white and black because both of them can get you killed.  A herd of cattle can be made to stampede, but which way they go is not always controllable.  A moose may run away in fear, or it may charge and try to trample your ass.

This is true for all living things, most assuredly including people.  How people react to fear is not only different from person to person but from situation to situation.  Some folks default setting is “run away” but if you threaten something dear to them it flips a switch.  Other folks default setting is that of a predator: “it scares me, KILL IT!” and yet, when faced with something entirely outside their cognitive ability they freeze.

This is why I generally don’t advocate using fear as a motivator. You just don’t know for sure how the individual much less the group of the whole will react to that fear.

So why am I babbling on about this?  Well, everyone and their brother seems to be using the fear button right now.

The speech Trump gave a few days ago was an example of that, and the messages I get from the RNC are another.  And then there’s the Democratic party and the entire machine (see also “swamp”) who have been working overtime to make us all desperately afraid of Trump and of anyone associated with him.

Stirring up fear is what generated the protest that is being called “sedition” “riot” and “failed coup” by the other stupid bastards that are trying to stir up fear.  We’ve been told that six people died during this “riot”, one of them a cop…

Well let’s look at that. Four of them were protesters that had heart attacks for fucks sake.

One of them was outside a room that already had protesters INSIDE, and was shot dead without warning by someone in a suit. (Assumably personal protective detail for someone in the room.) So, there’s a couple problems there, personal protective detail or not, you don’t get to shoot people outside the room, without giving any commands, and you don’t get to shoot a “threat” outside the room when there are “threats” INSIDE the room. In a normal situation this shot would be the subject of a massive inquiry and if the shooter couldn’t articulate WHY he felt that this small female outside the room was a much more effective threat than the several guys in the room, he would be losing his badge and probably facing prison time.  (Care to bet that absolutely nothing happens in this case?  That it all gets “forgotten” in the push to try and jail Trump?)

So that leaves our cop.  Well, no one is providing ANY data that I can find on how the cop died.  If he had been shot, we would have all heard about it in great and excruciating detail, because that would have been another bloody shirt to wave, demanding that we be disarmed (and there we go with the FEAR bit again.)  If he was bludgeoned to death, I would have expected the body to be waved around as an example of how horrible and barbaric the “insurrectionists” were.  But we have NOTHING.  Wanna bet the poor bastard had a heart attack?

I have been told in great and excruciating detail “as congressmen we feared for our lives, we could have all been KILLED!” and how horrible it was that “these people came into the senate and house chambers, and we had to cower on the floor in gas masks!” The media has been conducting a solid drumbeat, completely in sync, and louder by the day, about how horrible this was, and how it was a failed revolution, and oh my GOD, DON’T YOU UNDERSTAND, YOU SHOULD BE AFRAID OF TRUMP!!!

Well, the establishment sure as hell is.  Here’s a guy that has said he will hand over the office, that has been completely banned by companies who seem to run the internet these days… (who are totally not a monopoly, and totally not in collusion, and if you don’t like how we do things, start your own version… what do you mean you’re starting your own version, that will never do, it causes an echo chamber, we talked among ourselves and we’re shutting you down, you can’t exist on our internet!) he’s out of office in under ten days for fucks sake, and yet the establishment is so fucking terrified of him that they’re going to impeach him, even though the trial can’t come until after he leaves office!

Oh, and what a big deal they’re making of the “fact” that “this is a bipartisan effort”.  Yeah, you got ten republicans to side with you… out of 211 republicans you got ten… 4.7 percent.  Are you kidding me? That’s bipartisan? 14 percent of Democrats (31 of 207) supported impeaching Clinton, and it was seen as a “partisan hack job” by the same folks that now say this second impeachment of Trump has broad bipartisan support.  Why, I read just yesterday how “this is the most bipartisan impeachment ever” according to articles in both the NYT and the Seattle Times.  Yeah, I know, I’m not supposed to remember that far back and I am NEVER supposed to fact check the “official media” they’re the fact checkers, we are supposed to KNOW that they’re telling the truth.  Of course these are the same fools that have been telling me ever since the event, how evil Trump is, and how we must be afraid of him, and how we must convict him in such a way that he can never hold office again…

Seems to me that they are motivated by fear too.  They tell me that “we must discredit Trump so thoroughly that he has no followers and can never run for office again, because if we don’t, his followers are stupid enough to vote for him again, and OH MY GOD HE MIGHT WIN!!!”  Humm… got you running scared, does he?

Look, let me make something clear.  While fear is not the most effective form of motivation, in that it can cause the person, you’re trying to motivate to do something other than what you want him to do, there’s one time that I am just fine with using fear.

I WANT our representatives in congress (both the House and the Senate) to be afraid of us.  No one is sure where the quote originally came from, but T. Jefferson is given credit for it: “When the people fear the government there is tyranny. When the government fears the people, there is liberty.”

Our representatives not only don’t generally fear for their lives, they don’t even fear for their jobs, because the political machinations on both sides have made so many of the seats in both houses a sure thing… (go ahead, look at how long a party or a single person has held the same seat, I’ll wait.) 49 of them have been sitting in the same seat for over 23 freaking years!  A few of them were elected for the first time before I could VOTE, and about ¾ plus of the seats haven’t changed parties in longer than I have been ALIVE. There are 180 democratic seats and 140 republican seats that haven’t changed parties since WWII for fucks sake.

So, I’m told that there were congressmen that were afraid for their lives? GOOD.  Maybe, just maybe, they might listen to the dissenting voices, and take their concerns to heart.  Right now, all they seem to be afraid of is Trump, and they’re doing their best to shut him out and down forever.  This should illustrate how much value they put on their power, and what they are willing to do to keep it.

They aren’t interested in giving you a better choice, they aren’t interested in showing you why someone else could do a better job, they want to make it illegal for him to ever run or have power again, and keep you from being allowed to make a choice they don’t like.  By the way, that includes Mitch the turtle boy, who is one of those 49 that have been serving for over 23 years, in his case, since before I could vote.

Back in the early days of our nation, we dealt with people like this by coating them in pine tar, spreading feathers on them, and giving them a ride out of town tied to a 4×8.  It just might be time to revisit that method.

All of this stuff, from the way “Big Tech” became a monolithic structure of censorship and control, to the reimaging of a protest as a “riot” and “sedition” are establishing precedent.  Really BAD precedent.  Shit is liable to get “sporty” out.  Be advised and govern yourself accordingly.