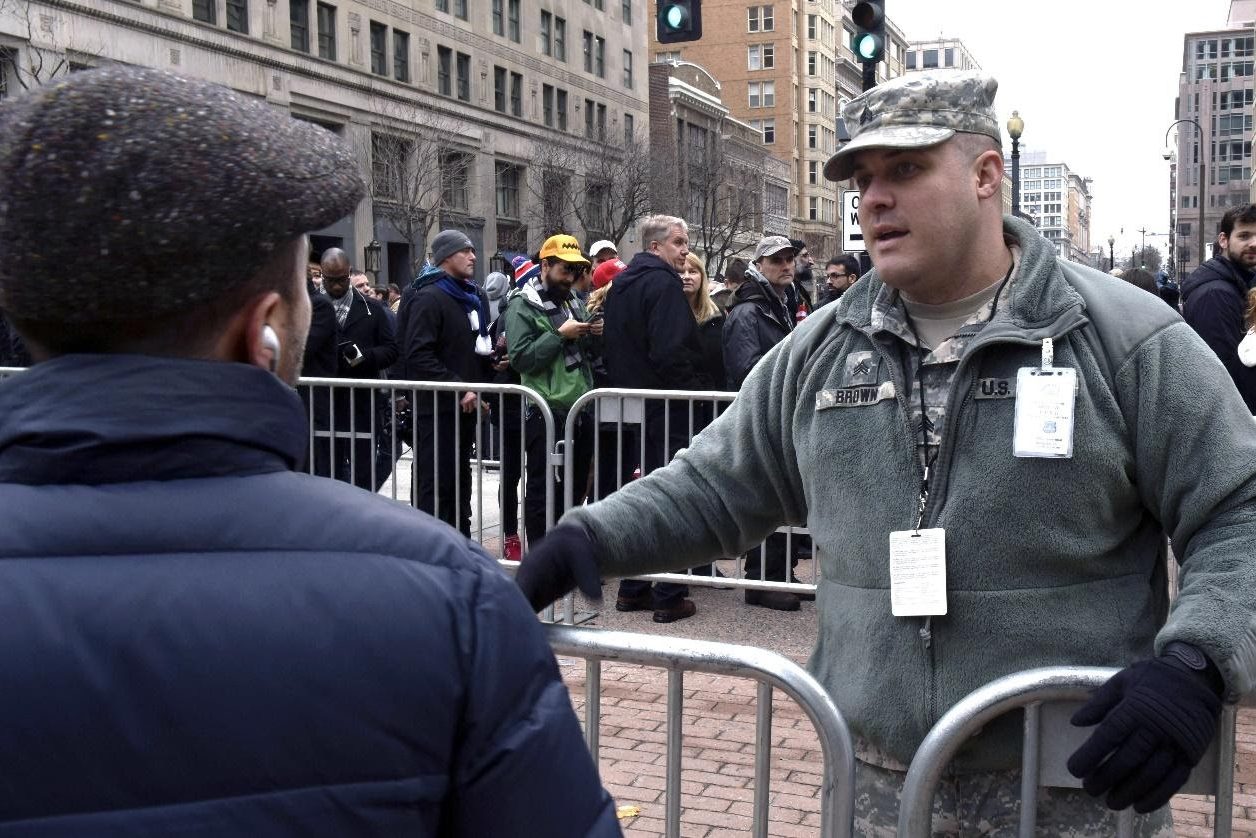 Have a seat, and pour yourself something, let’s talk for a moment. Now I could have named this column Fear too, but that’s a might corny even for me, so we’ll go with values. But before we get into that, let me point something out. Both sides loons need to take a breath and loosen their tinfoil hats a little.  They’re cutting off blood flow to the brain.

Can we please now admit that there wasn’t a plan to assassinate all of the Republicans at the inauguration? Can we likewise please admit that there was no plan for a last-minute Putsch by President Trump?  Can you both just shut up a little bit now and let the adults speak?

Value: (n) 1.the regard that something is held to deserve; the importance, worth, or usefulness of something.  Of course, everyone holds different values, and we can tell a lot by what a person holds in high regard.

It’s worth noting that President Biden (whether the election was honest or not, he was sworn in, I’ll give him the title, at least until someone proves he was culpable in the fraud, which is sadly unlikely.) considers the Capital Buildings sacred enough to deploy 26,000 troops to defend them from the “threat” of American citizens that are disenchanted with what they see as a stolen election.  That’s an entire DIVISION.  That’s more people than we have in Iraq and Afghanistan combined, it’s more people than we have guarding our national borders, and they were armed, and had ammo. (By the way, that’s twenty-six soldiers for every citizen allowed to attend the ceremony.)

This was a message, a show of force.  “We now command the army, we have the force, don’t fuck with us.” It was also a show of fear.  The fact that a protest scared the incoming party so bad that they had to call in that many troops, and then freaked out when they realized that “oh wait, these guys are, like the nation as a whole, majority-white… and even worse, they are MEN, and have guns!”   Yes, they had a panic attack and did a purity test for the troops that they had just called up to protect them, for fear that they might get “Anwar Sadated”, IE killed by their own army troops.  I would like to see the bill for this little panty shitting fest, I bet we could buy a fighter jet or two for how much it cost.

(No, it was NOT a fucking insurrection, it wasn’t armed, they didn’t drag anyone into the street and hang them, they talked a lot of smack, but compared to the riots this summer the violence level was pretty small actually. Note:  According to Merriam-Webster, “insurrection” is the “act of revolting against civil authority or an established government.” Now since the BLM boys, the Occupy crowd, and all the rest have been demanding the blood of the mayors, governors, and other elected officials for the last four years, either both groups were practicing insurrection, or neither were.)

They’re so scared they want to disarm the people, and take away any body armor you might possess.  Dwell on that little thing for a second.  There are already bills being written to make the possession of body armor illegal by anyone but cops and the military.  You know, when I was wearing a “please shoot me suit” (IE a cop uniform) we were required to wear our body armor not only when working, but any time we went to the range.  Think about that for a second… What an actual common-sense rule, there are bullets flying around by definition if you’re on a gun range.  Maybe it’s a good idea to have body armor on! I know a bunch of folks that do now or did work for “stop and robs” convenience stores, or liquor stores, are called stop and robs because they often have a significant amount of cash, and usually have a good entrance and exit set up…If it’s easy to drop in and pick something up, it’s also easy to rob the joint and bag ass, these folks I know all wear body armor when they work nights.  A couple of them are still on the right side of the ground because of it.  So why would you want to make it illegal to own, unless you’re afraid that you might need to shoot a bunch of people and you want to skew the odds in your favor?

What they don’t seem to value is our way of life.  They are already proposing to do a massive amnesty on illegal aliens. If you cross the border without permission, you have committed a crime, that makes your presence in this country against the law, hence ILLEGAL.  You are not a citizen of this nation, hence ALIEN. Thus, you are an ILLEGAL ALIEN. You’re not a “dreamer” or an “undocumented citizen” or any of the other bullshit euphemisms.”  People that want to become members of this nation, and share the values of this nation, abide by the LAWS of this nation. We can and should welcome them with open arms.  Those on the other hand that break the law by their very presence, are not statistically very likely to share any of the other values of this nation.  HUMM maybe that’s why they want to bring them in, and give them the right to vote??? Just spit-ballin’ here.

President Biden gave a very lovely speech (no I didn’t watch it, I work for a living, but I read the transcripts.) He came back again and again to the idea that he’s going to UNITE us.  That he’s going to listen to both perspectives and run the nation based on what everyone wants.  He says that “we must stop treating our opponents as our enemy. … The Bible tells us that to everything there is a season — a time to build, a time to reap, a time to sow. And a time to heal. This is the time to heal in America. … I ran as a proud Democrat. I will now be an American president. I will work as hard for those who didn’t vote for me as [for] those who did.”

Well, those are lovely words.  I hope he means them.  He said a lot of other lovely words during that speech, in the same vein. However, the proof is in the pudding. Let’s see how he governs.  President Biden has been a professional politician for as long as I’ve been able to vote. (I’m 58!) You know how to tell when a politician, especially a career politician is lying, right???  Looking at the folks that he’s nominated for cabinet positions, I have my doubts.

Look, maybe I’m wrong, maybe he really does understand that he just barely won election, and has the slimmest majority ever seen in the house and senate… Maybe he is going to try and heal the nation, by listening to both sides, and avoiding creating hate and discontent to inflame his base and piss off his opponents…

And maybe I’m going to win the Nobel prize for literature too, but I wouldn’t put any money on either of those possibilities.  I stand by my statements, it’s going to get shitty out, and if we avoid a civil war, it’s going to be because the Gods love us for some reason.