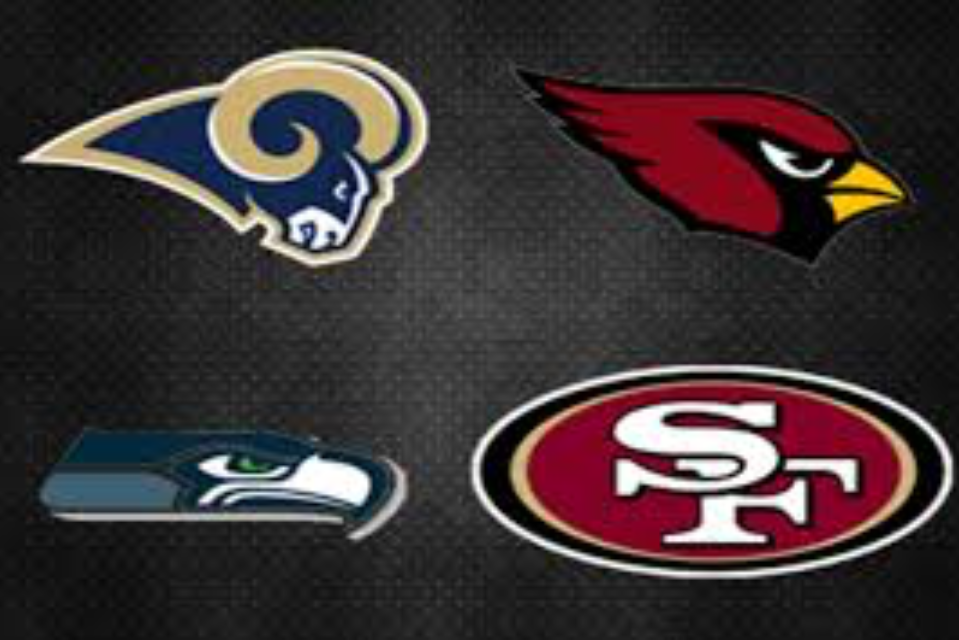 QB-Russell Wilson SEA- 2016 stats: 4219 yds, 21 td, 259 rushing yds, 1 td…Wilson was able to put up big numbers even with a below average line and little help from the run game. If Eddie Lacy and Thomas Rawls can create a duo that gives the production that Marshawn Lynch have two years ago, Wilson will have an easier time in the pocket. Two offensive line additions during free agency and one in the draft may also keep Wilson at the top of the West with an aging Carson Palmer his only competition. Wilson will be a top 10 quarterback selected and should be selected somewhere in the 4th-7th round range of fantasy drafts.

RB-David Johnson AZ- 2016 stats: 1239 yds, 16 td, 80 rec, 879 yds, 4 td…This one is a no brainer. Johnson is arguably the best fantasy running back and overall best fantasy player. In PPR leagues, Johnson should be the first overall pick. Running back first strategist with the third pick are in the best spot possible with a guarantee of Johnson, Elliot, or Bell. He won’t slide past the first top 5 picks in any league and is a sure thing as a first round pick.

RB-Carlos Hyde SF- 2016 stats: 988 yds, 6 td, 27 rec, 163 yds, 3 td…Hyde basically doubled his numbers from last season and appears to be trending toward a top back after his best year. If he can stay healthy for a full season and the 49ers aren’t playing from behind as much, he could put up 1500 total yards and 10 touchdowns. Hyde will be worth taking somewhere in the first five rounds.

WR-Doug Baldwin SEA- 2016 stats: 94 rec, 1128 yds, 7 td…Baldwin saw his touchdowns numbers drop by 7 this pats season but improved his receptions and yards. Even though he is more valuable in PPR leagues, Baldwin is consistent enough to be a WR2. If the offensive line plays better for Seattle this year, he may have more opportunities to score. Baldwin will be drafted somewhere in the top five rounds this fantasy season.

WR- Larry Fitzgerald AZ- 2016 stats: 107 rec, 1023 yds, 6 td…After catching 109 passes two seasons ago, Fitzgerald lead the NFL with 107 catches this past season. Although he will be 34 when the season starts, he continues to defy time and shows no sign of slowing down this season. If Carson Palmer and Fitzgerald stay healthy, he could yet again push for 100 receptions. In PPR leagues, he should be taken by the 4th round and in standard leagues by the 7th.

TE- Jimmy Graham SEA- 2016 stats: 65 rec, 923 yds, 6 td…Graham doesn’t have much competition currently for the top tight end spot in the division. Although he isn’t likely to ever put up the type of numbers he did in New Orleans, he had his best season as a Seahawk last year and anything close 1,000 yards will make him a top ten tight end. He will likely still be available around the 6th-7th round.

Flex- Todd Gurley LA- 2016 stats: 885 yds, 6 td, 43 rec, 327 yds, 0 td…Although Gurley has yet to live up to his fantasy expectations, he still put over 1,000 total yards each of the last two seasons. He is arguably worth a RB2 spot in PPR leagues. It’s hard to see Gurley doing much better statistically due to his team’s offensive situation. He may go as early as the third round or last as late as the fifth.

Flex- Eddie Lacy SEA- 2016 stats: 360 yds, 0 td, 4 rec, 28 yds, 0 td…Lacy will run behind a new line this season in Seattle. That may not be great news. The Seahawks finished 25th in rushing yards at 99 per game. He figures to take the starting job immediately assuming he loses the right amount of weight and has fully recovered from the ankle injury that led to his 5 game season in Green Bay. Before the 2016 season, Lacy had missed only two games in his previous three seasons. In those three relatively healthy seasons in Green Bay, he scored 23 rushing and 6 receiving touchdowns while totaling almost 4,000 all purpose yards. He will be labeled as a high risk high reward draft pick. If Lacy returns to form and Seattle improves on the offensive line, he could sneak into the top 10 of fantasy backs. Lacy will probably be selected somewhere in the 4th-6th round range unless a homer in your league selects him in the third.