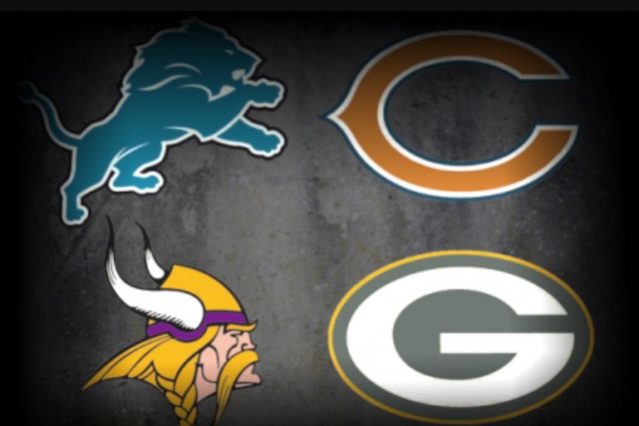 Heading into the fantasy football draft season, here are the top options for 2017 from the NFC North.

QB-Aaron Rodgers GB- 2016 stats: 4428 yds, 40 td, 369 rushing yds, 4 td…Rodgers was able to put up major numbers with a banged up offensive line, a wide receiver playing running back, and a constant rotation of injured receivers. It seemed the Packers never were fully healthy and yet they finished 10-6 and made the NFC title game largely thanks to Rodgers. Entering 2017 with the same receivers and 4 rookie running backs to fight for a spot behind Ty Montgomery, Rodgers should be able to put up similar numbers to his 2016 totals. With the addition of Martellus Bennett and Lance Kendricks at tight end, the fantasy king of the NFC North still plays in Green Bay. Rodgers will be one of the first quarterbacks taken in either round 1 or 2.

RB-Jordan Howard CHI- 2016 stats: 1313 yds, 6 td, 29 rec, 298 yds, 1 td…When Howard entered the season as a rookie, he seemed like a long shot to put up these numbers. Experts figured at best a split in carries between Howard and Jeremy Langford as the Bears tried to figure out who could replace Matt Forte. However, starting with week 4, Howard had 10 games of over 100 total yards and scored 7 touchdowns on the year. If the Bears can keep from falling behind as much in 2017, they can control the clock and game more with Howard. Expect his numbers to improve in all categories as he is the clear cut lead back in Chicago. Howard could easily finish the year as a top 10 overall running back in the NFL and the best in the NFC North. Howard may sneak into some first rounds but will be a solid pick in rounds 2-3.

RB-Latavius Murray MIN- 2016 stats: 788 yds, 12 td, 33 rec, 264 yds…Murray may find touchdowns a little tougher to come by in Minnesota than Oakland but his diverse skill set will allow him to be a fantasy giant for the Vikings. Murray can be the Vikings every down back much like AP was although Dalvin Cook and Jerick McKinnon could cut into his work. Jalen Richard and DeAndre Washington were in the Oakland backfield rotation and Murray still came out with solid fantasy numbers. 1,000 total yards and double digit touchdowns isn’t out of the question as the Vikings are looking to get back to a dominant rushing attack that will set up the passing game. Murray should be taken somewhere in rounds 2-4.

WR-Jordy Nelson GB- 2016 stats: 97 rec, 1257 yds, 14 td…Nelson came back from missing a year with an ACL injury in a big way. In four of the past five seasons in which he has played, Nelson has over 1,200 in each and a total of 50 touchdowns. Entering 2017, he figures to still be Rodgers go to target. If the offensive line holds up and Green Bay improves the running game, Nelson could continue to put up 80 plus catches and notch his 5th career season with over 1,200 receiving yards. Nelson is still a top tier wideout and will be taken in the first three rounds.

WR-Golden Tate DET- 2016 stats: 91 rec, 1077 yds, 4 td…Although fantasy owners would like to see Tate cash in more at the red zone, he secured a tie for 10th more receptions in 2016, making him a solid PPR play. Tate has eclipsed 90 catches and at least 4 touchdowns for three straight seasons now and Matthew Stafford is starting to play some of the best ball of his career. Expect Golden Tate to continue to put up big numbers and maybe even elevate his touchdown numbers. Tate doesn’t get a lot of hype but produces solid numbers and will be gone by the end of round 4 but may even be a third round pick in PPR leagues.

TE-Kyle Rudolph MIN- 2016 stats: 83 rec, 840 yds, 7 td…Rudolph led all tight ends in targets and finished tied for 2nd in touchdowns. Although a return from injury is possible, Teddy Bridgewater will likely miss a good chunk, if not all, of the 2017 season. While Rudolph is Sam Bradford’s favorite target, the Vikings have made a strong commitment to the run game adding Latavius Murray and Dalvin Cook. Rudolph’s number may slightly dip this season but he still will be a top 10 fantasy tight end and the best in the NFC North. Rudolph will likely be gone by rounds 7-8.

Flex-Ty Montgomery GB- 2016 stats: 457 yds, 3 td, 44 rec, 348 yds…Montgomery was a better option in PPR leagues last season but enters this season as the starting running back with Eddie Lacy and James Starks out of Green Bay. Starks numbers should be greatly improved in all categories for the 2017 season. Montgomery was able to stay relatively healthy although concerns about lasting a full season at running back for a converted wide receiver still linger. Montgomery has some risk involved but his ceiling makes him worth a pick in rounds 4-6.

Flex-Adam Thielen MIN- 2016 stats: 69 rec, 967 yds, 5 td…Theilen exploded onto the fantasy scene with almost 1,000 yards and a solid 5 touchdowns. With Sam Bradford likely to start the year as quarterback, the chemistry will be there for another big season. The seemingly new commitment to running the football could take his targets down some, but the threat of a run game could also open up bigger plays for Thielen. His numbers will either stay around where they were last year or slightly improve. He is a solid flex play and will be taken somewhere in the first 7 rounds.