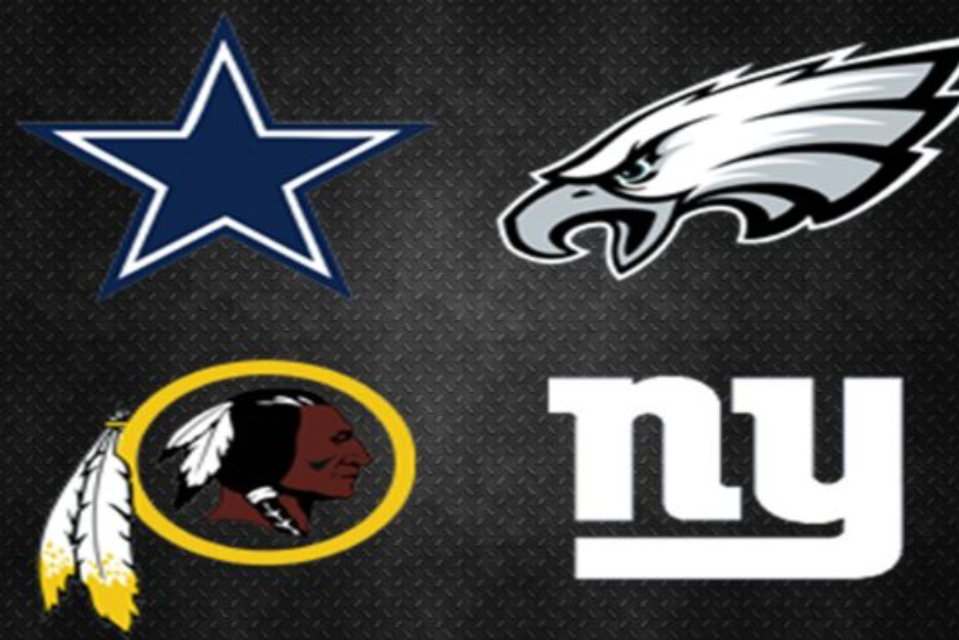 QB- Kirk Cousins WAS- 2016 stats:4,917 yds, 25 td, 96 rushing yds, 4 td…Even after losing Pierre Garçon and Desean Jackson, Cousins is loaded with weapons. Jordan Reed, Terrelle Pryor, Jamison Crowder, and Josh Doctson should help create an explosive passing game as Cousins looks to hold off the rest of the quarterbacks in the division for the top fantasy spot. The East arguably has the best group of quarterbacks top to bottom but Cousin’s has the best chance of putting up major yardage in the air and also scored 4 rushing touchdowns last season. He is a top 10 fantasy quarterback and will be taken anywhere from the 6th-8th round.

RB- Ezekiel Elliot DAL- 2016 stats: 1,631 yds, 15 td, 32 rec, 363 yds, 1 td…Elliot will try to avoid a sophomore slump after exploding onto the fantasy scene as a rookie. The Cowboys seem to be headed for a slight regression according to Vegas odds, but as long as Elliot stays healthy he will get all the carries he can handle. Even if the touchdowns drop slightly, Zeke should put up close to 2,000 all purpose yards and double digit touchdowns. He is a top 3 back and a top 10 overall player. He will be selected in the first round in all formats.

RB- LeGarrette Blount PHI- 2016 stats: 1,161 yds, 18 td, 7 rec, 38 yds…Blount may find less touchdown opportunities in Philadelphia than in New England but he will be the unquestionable goal line back. Blount will be drafted lower in PPR leagues than standard but it’s hard to imagine a player who finished 8th in rushing yards and first in touchdowns to last much later than the 3rd round in any format.

WR- Odell Beckham Jr NYG- 2016 stats: 101 rec, 1367 yds, 10 td…Beckham is a top tier player no matter the fantasy format. Although the addition of Brandon Marshall may take a few targets from Odell, it also could open some space up down the field for him. In three seasons, Beckham has put up at least 90 catches, 1300 yards, and 10 touchdowns. He has a very high floor and is a safe top 10 pick. He should go in every first round of fantasy drafts.

WR- Dez Bryant DAL- 2016 stats: 50 rec, 796 yds, 8 td…Bryant played in just 13 games last season and 9 games two years ago. Although injury history is a concern, Bryant is the second best receiver in the division when healthy. It’s not a sure thing Bryant will end the season in the second spot however. He is a high risk high reward player that should be drafted somewhere in the range of rounds 3-5.

TE- Jordan Reed WAS- 2016 stats: 66 rec, 686 yds, 6 td..Reed has missed 18 games in four years, making him a high risk high reward player. If healthy, Reed could easily put up 80/1000/10 but he has yet to play a full season. Ertz and Witten don’t produce enough touchdowns to have the same upside. Reed has the talent to be a top tier tight end but injury history should cause him to slide to rounds 4-6.

Flex- Alshon Jeffery PHI- 2016 stats: 52 rec, 821 yds, 2 td…Jeffery is coming off of back to back seasons where he missed multiple games (11 total) to injuries and suspension. However, a change of scenery from Jay Cutler to Carson Wentz will be more than enough for Jeffery to regain fantasy relevance. Jeffery is only signed for one year so he has additional motivation to produce this year. He would be a value in rounds 4-5 and may even go as early as third in some drafts.

Flex- Terrelle Pryor WAS- 2016 stats: 77 rec, 1,007 yds, 4td…Pryor put up respectable numbers with an ever changing carousel of quarterbacks in Cleveland. Desean Jackson and Pierre Garcon are gone, leaving 2,000 yards and 7 touchdowns up for grabs. Pryor could end up Kirk Cousin’s favorite target and is a low risk high reward player to have in the flex. He is worth looking at in rounds 4-6.