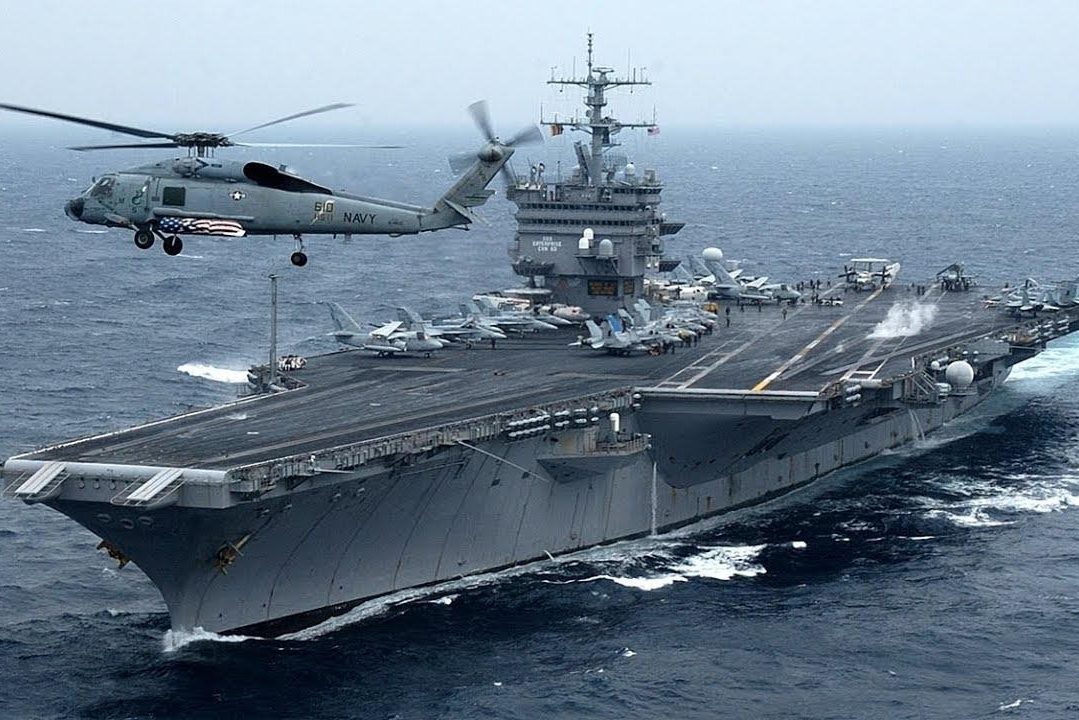 Do you know? One of the hardest lessons I ever had to learn was when to keep my mouth shut.

But even when I was a young sailor fresh out of Bootcamp, I knew one time to shut my yap was when I was emotionally compromised.  Yet I’ve seen three perfect examples of what not to do, in the last couple weeks, and all by senior people who really should know better.

Some of us are on edge because we’re scared.  A lot of us aren’t scared, but it’s OK to be. You can’t be brave if you’re not scared, because being brave consists of being scared spitless, and saddling up anyway.

Some of us are on edge because we’re suffering from cabin fever, and that’s understandable too.  It’s not something this submarine sailor suffers from, but my wife sure does.

There are those that are frustrated by this whole thing, convinced that some folks are creating, or rather amplifying the hell out of a crisis, for political gain, and that’s not just frustrating, it’s aggravating.  Yours surly falls into this last camp.

The point here is that there’s a lot of emotions flying around right now, STRONG ones, and no one is immune.

So, this is the time to write your thoughts, set them aside, reconsider them, then think another time, maybe have someone else, that you absolutely know you can trust, review them before letting them see the light of day.

I can think of three navy types that failed that test in recent days, all of them are no doubt ruing their actions now:

First and obviously, the Ex CO of the Big Stick.

Look, I can’t get inside his head, I don’t know if he suffered from an overabundance of concern and fear for his crew, and that led him to be stupid, (for a perfect case study of this, I recommend a movie so good that the Navy used it in their leadership training.  It was called 12 o’clock high, starred Gregory Peck. Yeah, it’s so old it’s black and white. Don’t let that scare you. It’s a study of a commanding officer so wound up in his men’s safety, that he loses track of the big picture. Sound familiar?)

Or if he suspected that he had the Wu Flu, and that scared him, (hey, it could happen, people are not rational creatures.  I’ve seen and apprehended guys that had no fear at all, when I was pointing a 12 gage at their chest, finger on the trigger, but were scared absolutely shitless of the Belgian Malinois my partner had on a lead.)

Or if he did it out of political reasons, and anger at our chain of command.

Under any circumstances, he sent out something in the open, rumored to have intentionally leaked to the press, that was in the top ten stupid moves I have ever seen by a commanding officer. (and I personally met the guy that lost his command and his stars for having sex with a subordinate officer, while married… Don’t think with the little head, it’s not a good idea.)

Then there was the FORMER acting Secretary of the Navy.

I’ve read 19 different messages by him that were sent to the entire Navy.  All of them well thought out, smart, mostly even wise. I didn’t agree with a couple of his thoughts, but hell I don’t even agree with all of my OWN… Still, he showed real wisdom in those, and I thought he was one of the best SecNavs since John Lehman.  And then, in a fit of anger, he forgot his place. A Chief SHOULD show anger occasionally, even if he’s not actually angry. A Captain MAY show anger, if the screw up is bad enough, though the most impressive CO for chewing ass I ever saw, never raised his voice, never used a cuss word, but demonstrated control of invective and vernacular that left my young second-class ass in awe.  He had a senior first-class MAA in tears, and he wasn’t even talking to her. The guy standing between her and I was the recipient of the speech, and I swear to the Gods, when he got done, this dude couldn’t crawl over the nubs in the carpet on his way out, as we took him to the brig.

But the Secretary of the Navy??? No, he should never lose his bubble to the men.  Ours did, and when he realized how badly he had fouled his nest, he at least had the wisdom to resign and send an apology to the entire Navy for having screwed up.  It might have been nicer if he hadn’t tried to explain why he had lost his temper, but I guess it’s understandable.

The third one, was far more local.  I’m not going to name names or organizations, or get into the hairy details, but I will say that a VERY senior manager, lost an appointment they had hoped to get, and found out that even their own local group didn’t support their advancement… Now they were going against someone else with an amazingly impressive resume, so that alone was an almost impossibly high hurdle. But when they didn’t get the position they were hoping for, they proceeded to demonstrate WHY, in no uncertain terms, the local organization made the choice they did.

If you’re going to violate the first part of this recommendation, and speak without sitting on it for a couple of days, FOR THE LOVE OF ALL THAT YOU HOLD HOLY, don’t violate part two.

Never transmit something in the late evening, probably after AWI!!! (Alcohol Was Involved)

DON’T TEXT, OR EMAIL UNDER THE INFLUENCE.  The message was sent to all of the officers of the local group, and well, let’s just say that the word “FLOUNCE” was an adequate description.  They were going to take their ball and go home.

If you lose something, and you lose with dignity, support the person that got the position, and show that you should be there, you will eventually get there, in my experience.

On the other hand, as grown adults, if you act more like a child sent to bed for misbehavior, you reinforce the thought that you are someone folks don’t want to have dealings with.  Remember, the toe you stomp on today, may be attached to the ass you need on your side tomorrow.

So, let’s circle back to the fact that we are all emotionally charged right now, each in our own way, and for our own reasons.  We were charged and divided BEFORE the Wu Flu, and it’s gotten dramatically worse since.

Show some grace, show some humility, show some concern, walk softly and give people some space.  We will get through this, and the overwhelming majority of us will survive.

At that point we’re going to need each other, to put the nation back together again.  That can only happen if we’re not willing to kill each other for spite, over our behavior under stress.