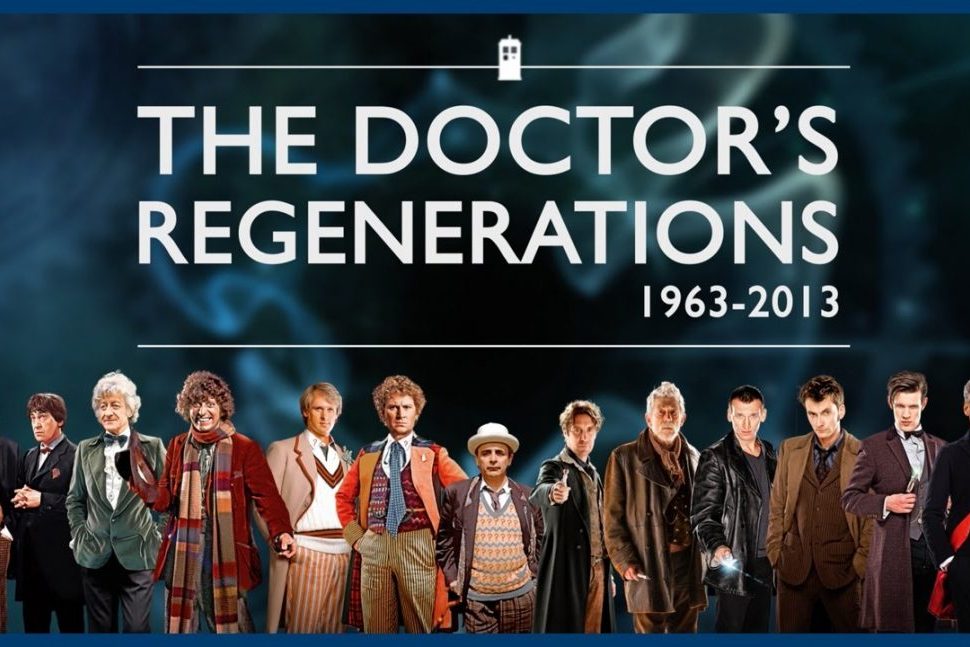 OK, I have made no secret of the fact that I am a Nerd.  This is going to be a nerd post, if you absolutely can’t deal with that, well, stop in next week.  BUT it’s going to address some non-nerd social issues as well, so ya might want to hang around anyway.

I have been a science fiction nerd for a very long time, Hell I think I was probably the only kid in the class to know who the fuck this guy was that CBS had found, to talk about space flight and explain shit to the hairy unwashed as to how the rocket worked in 1969.  The rest of my second-grade class was asking who Robert Heinlein was, and why I was fanboying… (of course we didn’t call it that then.)  I even WRITE science fiction (well technically what I have in print is Urban Fantasy… Harvest of Evil, and Keeping the Faith, both on Amazon) but you get the point.

My people divide themselves up in all sorts of silly ways. Star Trek V Star Wars, (and I’m over here going “why not both”), Sad Puppy, Rabid Puppy, or Puppy Kicker (which refers to a major kerfuffle on the Hugo Awards) Progressive/Liberal v Conservative/Libertarian, which is almost a unity match for puppies v puppy kickers… and American style SF V English SF.  The last often comes down to “are you a Whovian?” which is a fan of the very long running series “Doctor Who”.

I myself live in a mixed family.  My wife and son are Whovians, I am NOT.  Still, you can’t be part of the community at all, without seeing that the BBC just dropped the bomb that the next Doctor (for those who have never heard of the show, Time lords, such as the doctor, if killed, come right back as full adults in a different body, with all the same memories… Yeah, I know, it’s a reach, part of the reason I’m not a fan) is Jodie Whittaker.

Well, less than 12 hours after the bomb dropped, the whole nerd world has gone crazy.  The Left is acting like this is the second coming of Christ, the Right is acting like it’s Ragnarok.  I have friends on the left that are almost literally creaming their Jeans, over there being a woman Doctor “Oh my god, it’s so edgy, we’ll finally be post sex bla bla bla” “The next doctor is a woman, this is happening, get over it!” etc…  Meanwhile some of my friends on the right are screaming “Well, that’s it, the series is over, they’ve ruined it forever” and “The Doctor CAN’T be a woman, it’s ridiculous”.

So, let me inject a little sanity and depth perception into this shitstorm.  First, I’m going to hit what is nominally “My” side:

“The Series is ruined” The series has always been left leaning. How are you surprised?  Shit it’s “English S/F”, their Right-wing stuff is Left-wing by American standards… These are the guys that, until damn recently, didn’t let their COPS carry guns, unless they had a special dispensation. They think 1984 is an operator’s manual!

“The SJWs have taken over, the series is ruined” Uh, how do you know?  Have you seen even one episode of the new Doctor? Since none have been finished yet, I fucking doubt it. Give it a chance if you’re a Whovian, there are some fun places to go with this, and frankly the series has become repetitive and hidebound in the extreme.  You pansies sound just like SJWs when Mel Gibson releases a film.  I thought we were better than this.  I thought we were the side that let things stand or fall on their merits after giving it a chance.

“The Doctor CAN’T be a woman”.  Uh yes, the doctor can, that was established as cannon back in 1999 or so, and since 2013 one of the other time lords, the doctor’s nemesis, has been sex changed by a death/regeneration, so saying can’t is just stupid.

As to the left’s nerdgasm:

“OMG, it’s so edgy, Social Justice at last”, Uh really?  Star Trek had a female captain in ’95, get over yourself.

Further, the left keeps telling me “Gender is a social construct, there’s no such thing as gender” (or there’s 30 or 40 or whatever the hell number they’re up to now) So, if gender doesn’t matter, and there is no such thing as gender, why does it mean ANYTHING that the next doctor has an innie instead of an outie?  Oh, and by the way, that whole “there’s no such thing as gender” bit.  If that’s so, why does the kid always go to the one with the innie, and the support always go to the one with an outie in a divorce?  Not to mention the whole I can’t give birth thing… (for which this writer is eternally grateful, I’ve had kidney stones and gallstones, I don’t even want to IMAGINE childbirth)

“This is happening, get over it!”  Again, OK, why does it matter?  Why, is it SO big, that a woman is playing a role, when we’re all supposed to be equal?  The show made it abundantly clear decades ago, that for the Galifraiens, gender is meaningless.  If it’s meaningless, why does it mean so much?

As long as you push the differences, differences matter.  If it really doesn’t matter, then you don’t push it, because IT DOESN’T MATTER.  Of course there’s an entire industry dedicated to victimhood, and the concept that it DOES matter, because “the man” is keeping you down…

People, my People, both sides need to 1) get the fuck over yourselves. 2) See past your rhetoric and realize that immediate attacks and jumping to conclusions makes you look like idiots. 3) quit shouting enough to LISTEN. Listen to yourselves from an outside perspective, and realize how silly you sound, and listen to the other side, and realize that they might just have a perspective too.

Seriously if we can’t communicate with each other on something that we all love, how in the fuck can we do anything on things that we DON’T agree on (like the various parts of governing a nation)?

Thanks for coming by, try and enjoy what you can, and where ever possible, try and imagine that the other side isn’t actually out to kill you. (sometimes they really are, but that’s not most of the time).