Do We Appreciate or Merely Take for Granted? 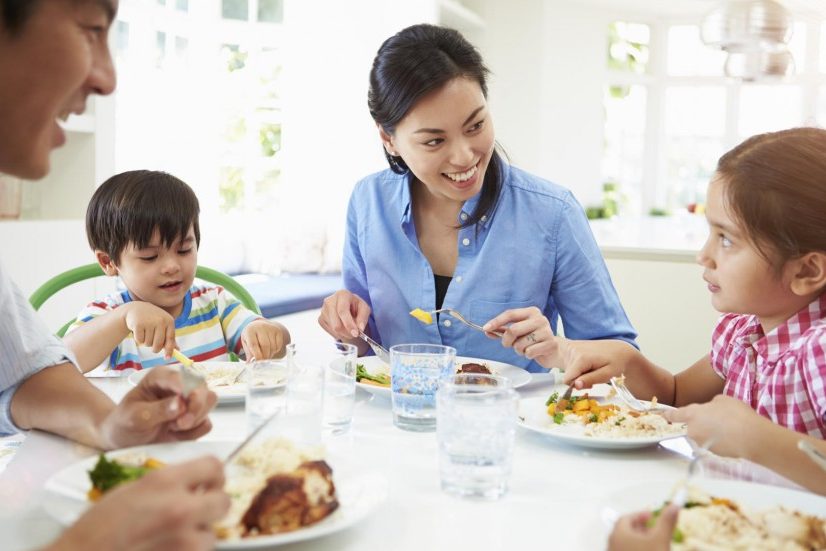 I have long been an advocate for never taking for granted. It began when I was only young boy, growing up in a suburb of Los Angeles. I grew up in a small apartment with my mom, older brother and sister and one younger sister. My father was there in the beginning but I remember little of him, mostly I remember him just not being there. My brother was ten years older than me and he worked hard beginning at sixteen years old holding down multiple jobs to help support our family. He was that quintessential Italian son who took over, everyone loved him, and as they should have, he was incredible. Our mother, partially handicapped and never having graduated the sixth grade did her best. She worked cleaning friends homes, odd jobs when she could, and when all else failed, she opened our front door to the church. I saw them there many times with a box of food. I saw my mom’s face. As I sit here writing this, I can see the hamburgers sitting on the plate; a whole family eating from one pound of ground round; pork chops thin enough to see through. I would look at my mom and see her just waiting. She would never eat until we were done.  She would go hungry but she would always make sure we were full. Being so young I did not understand it all but I felt it. I felt it through to my bones.

As time went on we all grew up happy and healthy. Once we were all old enough to stay home alone, which back then was around ten years old, my mom got a full time job; she became a janitor at a church. She worked hard. She left the house every morning by five in the morning to catch her bus – when she missed it she walked, six miles she walked and never complained a single day. I was embarrassed. I am ashamed to admit it but it is true, I was. I never told anyone what she did and I almost never let anyone come to our apartment, especially a girlfriend. Over the years I grew up and I began to really understand. I started working and did all I could for her to help out and she always appreciated it. When I worked at the furniture store as a salesman, buyer, delivery boy and repairman, I would buy cheap from the owner of the store what I bought from someone else and I would bring it home. My crowning glory was when I bought the family a brand new side by side refrigerator. Believe it or not, I grew up with the one with a lever handle and the condenser on top. Yeah, I am that old. But I am not so old to forget probably the most heartbreaking and life altering evening of my life.

My brother married and having moved out and raising his own family, my sisters and I made it to official teen years. We were normal as any other, same ups and downs, goods and bads, usual things. We all did pretty well in school; we were all good kids who got into some trouble but nothing major. Like other teenagers – we were always out – always. My mom never dated after our father left. I was five years old when he left; my mom was thirty-four. I was nineteen when she died at age fifty-three. One night I was ready to go out with my friends and I saw her at the kitchen sink washing dinner dishes – she was crying. I had never seen my mother cry before then. When I asked what was wrong she said, “Just one time I wish one of you would stay home with me once in awhile.” My insides died that moment. She was right.  She was one hundred percent right. She died of a heart attack less than a year later.

When I raised my son I told him this story many times, I needed him to understand it. I never wanted him to feel the way I felt that day. What it was like to see your mother cry knowing that we, I, had something to do with it. I never felt so bad in my life and I am not sure if I ever have since. We were taught love, we were taught family, we were taught sacrifice. Sadly I did not actually learn it until it was too late. There was not enough time in my mother’s short life to make it up to her although I tried. Even today I carry those words with me. I remind my son to always tell his mother he loves her no matter how angry he may be at her. I cautioned him never to take me being here for granted because I will not always be. I got no warning when my mom died, she just did. One minute she was working, the next minute she was gone. My brother died at forty-two and my older sister at forty-six. I never got to hold any of their hands or tell them I loved them one more time. Each one of them, just gone in the blink of an eye.

We take for granted every day; all kinds of things, money, jobs, friends, family, gifts, opportunities and so on. How many reading this article have lost someone to injury or illness with whom they had plans with the following week? How many have lost their parents who were here to spend time with but never really did? How many have gotten the hair up on their back and stormed out of a great job? How many have been blessed with fortunes only to squander it away? How many are putting jobs, careers, plans, whatever before those who we love, thinking they are serving them well? I know I have – or I did. I worked hard when I was young. I excelled at it all and I rose to the top, then I lost it all. My heart was in the right place, but my head was not. I did not see the damage being done. I do today, all around me

I do my very best to take nothing or anyone for granted. I receive everything and everyone as a blessing to be cared for. And so long as others will hear me, I will keep repeating this. Sadly I know I will have to, because I see who has lost, who could have lost but got lucky, yet they go right back to taking for granted. Taking for granted is not a pain with which anyone wants to live the rest of their life – I promise.

These are my thoughts.