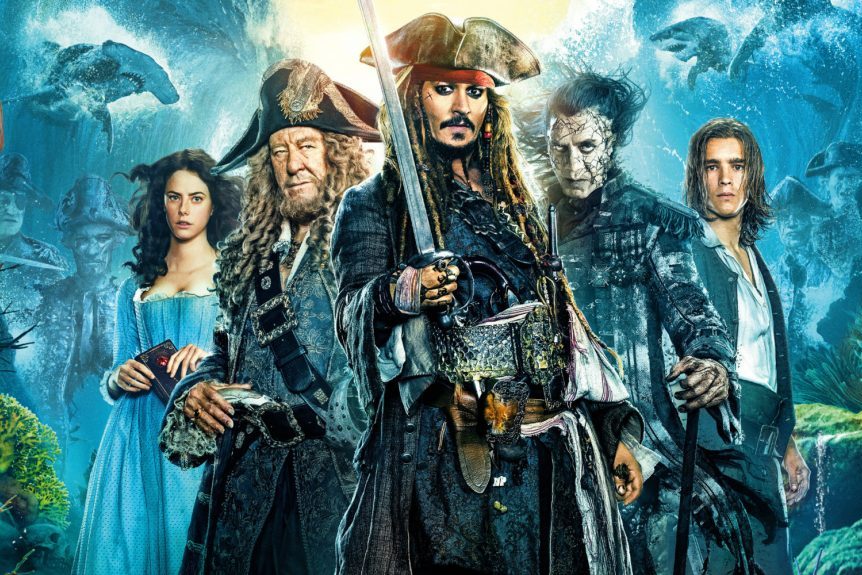 Good Morning and welcome back to the scuttlebutt.

As a Sailor and a geek, it would be almost sacrilegious not to go see a Pirate’s movie.  OK, Achievement unlocked.  Besides MRS Lehman must go see it if it has Johnny Depp.

So, OK we went and saw it.  Look, if you gotta, go ahead and go.  If you’re addicted to the series, or to Depp, or to pirate flicks, I get that.  The usual level of camp that we’ve come to expect is there, some of the “Whitty repartee” still works, but it’s tired.

There’s still some fun to be had, and the FX are still absolutely first rate, but FX alone do not a movie make.  Seriously Disney, the freaking franchise is done. You jumped the shark (well in this case the shark jumped you, but… not really a spoiler, but if you see the movie you’ll get the reference)

There’s a couple nice cameos by Orlando Bloom, but most of it is the story of his son trying to get him free of the Duchman, a girl trying to find her dad, and the usual Jack Sparrow is fucked up and hopelessly in the gutter until he must suddenly be the hero and help save the day.

They (the writers) seem to be stuck on dead guys seeking revenge as a plot motivator.  Dudes, surely you can come up with something better than that?  And the English are Bad evil people who are trying to rule the seas… Yeah, we get it.  (of course, the English actually DID rule the seas, with the exception of when they ran in to the American navy, who also did a LOT of anti-pirate work, but that scotches the narrative that Pirates good, and free, Navies bad, and repressive)

There’s about half an hour worth of good stuff in the movie, and I won’t say DON’T go see it, if you are a fan of the genre. If you do go, stay, there’s an Easter egg.  Sadly, the Easter egg and the ending imply there’s still another one of these in the works.  I can only hope against hope that it’s better than this one.

Thanks for stopping by.