Cuba, Gossips, and Other Dirtbags 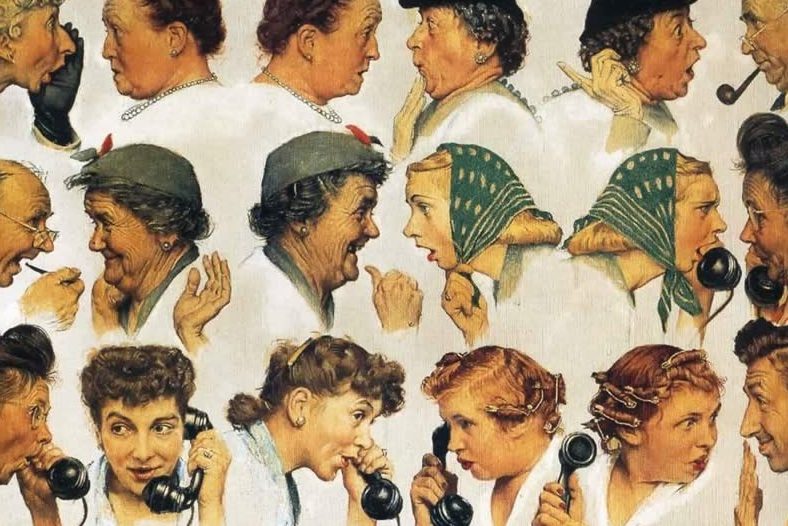 Hey, welcome back to the scuttlebutt.

I’m back in town and loaded down with an overabundance of targets once again… So, let’s get to it!

I’ve made no secret of the fact that I don’t know the later comics that Marvel is working from… Look when I graduated from High School, Stan Lee was still middle aged, and outside of the comic nerd circles, an unknown. San Diego Comic Con was only ten years old, and I was (still am) far more SF&F than comic books (oh, sorry granddaughter “Graphic Novels.”)

All this is by way of saying I don’t know how true to the books the movie is.  I do know that it’s not the man hating feminazi piece I was led to believe it was.  Yes, the main protagonists are female… What part of “Black Widow” confused your ass?  Of course, they’re female, what did you expect?  Unlike some of the ridiculous crap with making Thor female and the like, Black Widow is SUPPOSED to be female, and since her schtick is that she was the ULTIMATE in Red Sparrows.  Yes, she has an issue with some men… Given the back story, who wouldn’t?

My eldest Granddaughter is a huge MCU fan, so while we had her for her birthday week, we took her to see it.  It might not be the best of the Marvel movies, but it wasn’t bad.  I give it three bullets.  It’s not the hate fest that some on the Right have made it out to be, if you like the genre, it’s worth seeing.  Don’t let people with an ax to grind (including yours truly) ruin something you enjoy, if you like something, you get to enjoy it, and no one should tell you that it’s wrong-think, no matter which side of the spectrum they are on.

Also on the low hanging branch is the Cuba situation… Oh my what a shock it must be to AOC, Bernie, and the rest of the communist Left.  Cuba, China (when they can get it out without winding up in a camp or a grave) and all of the rest of the few remaining communist countries, continue to fail to prosper, continue to have people waving the US flag, and begging (well in China it’s begging, in Cuba it’s more like DEMANDING) for OUR rights and privileges.  Yet our Congress, when asked to vote for a simple resolution of solidarity with the people waving our flag in Cuba, could garner ZERO democratic support!  BLM (burn, loot, murder) came out formally blaming the US Government for the failures of the Cuban system, saying of the economic embargo (in place for 60 years): “This cruel and inhumane policy, instituted with the explicit intention of destabilizing the country and undermining Cubans’ right to choose their own government, is at the heart of Cuba’s current crisis.” No, you stupid fuckers, the Cuban Government denies the rights of Cubans to choose their own government, at gunpoint.  That’s why we have an embargo!

Of course, what do you expect of a group that idealizes Castro and Che, both of whom stated that blacks and gays should be shot on sight.  I tell ya, the cognitive dissonance in these people is almost incomprehensible.  Or not, I guess it’s not cognitive dissonance, if you don’t cognate, you just parrot the propaganda fed to you in an attempt to destroy the society you live in.

Oh, and we have President Biden who, instead of asking the UN to get involved in Haiti (who, if you’ve been under a rock has had a presidential assassination, has two guys each claiming they are the legal Prime Minister and thus head of government during this time, and who actually asked US to send troops to keep the piece, something we would be absolute fools to do!) or asking them to investigate the re-education camps in China, or the situation in Cuba, as asked them to come and investigate US for our “systemic racism!”  OK, let’s look at WHO is on the UN Human Rights Council:  Lets see, the president is from Fiji, other hot runners include Argentina, Bahrain, Bangladesh, Cameroon, China, Cuba, Gabon, Mexico, Namibia, Russia, SOMALIA! Venezuela, Sudan, LIBIA! And Indonesia.  (yes there are a few western nations in it too, like the UK, Italy, France, Austria, and Germany. They are WAY outnumbered by totalitarian regimes who practice shooting their dissidents for the crime of “wrong-think”)

Biden wants these people to investigate us?

China is already using shit that happened a hundred years ago, here in the U.S. as justification for how their government is using re-education camps: “The U.S. should not forget the innocent African American lives taken by the brutal Tulsa race massacre 100 years ago,” Chinese Foreign Ministry spokesman Zhao Lijian stated. “The U.S. is in no position to criticize other countries’ human rights conditions. No matter how some in the U.S. go to great lengths along its misguided course to hype up lies on Xinjiang, their political conspiracy to disrupt Xinjiang and contain China will only end up in failure.”  Now Biden wants to give them more ammunition?

And folks wonder why the Right thinks he’s bought and paid for by Beijing?

Now, there are several other targets that I could hit today, including a recently released Congressional Report on the Navy, (I may hit that next week) the tornado that just plastered Kings Bay GA (the “other” trident base), the antics of the democratic minority in the TX legislature, the latest gun grab bullshit from NYC, and of course the disastrous collapse of the condos in FL.  But instead, I’m going to take a swing at something a bit more personal to me.  (Well, in a way it ties into the Florida thing…)

All-RIGHT, listen up! YOU, YES YOU, need to be more considerate on social media!  No, I am not talking about trolling, or calling the other side of the political fence out for their idiocy.  I’m talking about NOT spreading information that you don’t have the right to spread!

Many years ago, a good friend of mine died in the ambulance on the way to the ER from a camping event.  His wife was a basket case, which left us, as the closest relatives who knew (my wife is his EX, yes, we stayed friends in spite of that.) to contact all of the family (blood and choice) who needed to know.  Well, before we could contact about half of his family, to include his DAD, his honorary brother, and several others, some stupid B!+CH decided to plaster it all over social media.  Now this PERSON didn’t even get the notification directly, she overheard it as we were reporting it to the autocrat of the event. This was an SCA event, and the autocrat needed to know, and to make reports, because the death was event involved. Besides, this guy was VERY well known throughout the four-state kingdom, and she could help us track down the people who DID have a right to know and to be told face to face.

So put yourself in the shoes of the father or the brother, and imagine reading that your best friend in the world, or your son, is dead on a fucking Facebook post!

Look, yes, I know that it’s “Empowering” for some people to be the person who knows and tells others about some significant event.  Hell, we have a whole industry devoted to it, and technically I suppose I am part of that industry, as a writer and blogger.

Yes, I know that many in journalism have all of the morals and ethics of Dr. Goebbels.  (Actually, I guess that’s an insult- To GOEBBELS!)  But guess what, just because most reporters would have to get a ladder to scratch an ant’s belly, doesn’t mean you need to be a bottom feeder TOO.

People, do the honorable thing.

If you are made aware of a significant life event (birth, death, pregnancy, horrible never-get-over, firing, hiring, etc…) that isn’t yours to share, ASK before you share it.

Don’t ask the person who told you, either!

Ask the person who is affected. Make damn good and sure that you have their permission before you open your YAP.  There are people who have the right to get the information first hand, from the horse’s mouth, not find out about it on MeWe, or around the coffee pot at muster.  If you are embarrassed to ask, maybe you don’t know them well enough to be sharing that shit in the first place.

LET THE AFFECTED DECIDE how to share it on social media, if at all!

OK that’s all I want to discuss today, take care, and watch your six, it’s crazy out.