Collisions at the Intersection of Politics, Court Avenue and SF Boulevard 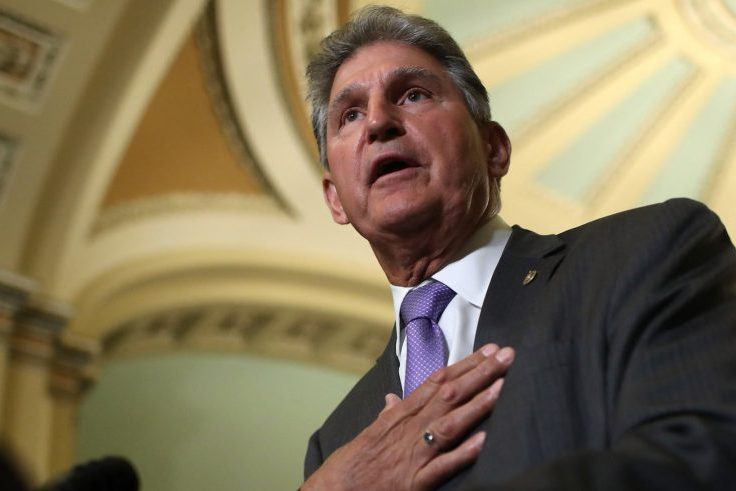 Envision a tall, slender man, in a dark suit, smoking a cigarette.  He’s saying: “Presented, for your approval: a people so out of touch with reality, they’ve even alienated their own base. They don’t live where we do, they live in the Twilight Zone.”

When the left is losing this hard, and just can’t stop doubling down on the things that cost them people, there’s nothing that can be done, but watch the wreck, and eat popcorn.  I brought enough for all.

Let’s start with an article in my favorite rag to heckle, the NYT.  “Democratic Report Raises Alarms for 2022, by Alexander Burns.  Now mind you, when even the NYT is saying you’re losing it, in spite of all the spin doctoring they do in the article, well damn.  What do I mean by spin doctoring? Look, as I said last week, the words that they choose are specifically designed to evoke a reaction.  Bare in mind, this is reputed to be a NEWS article, which once upon a time, meant that everything in it was true.

In the first few paragraphs, we have this beauty: “The party is at risk of losing ground with Black Hispanic and Asian voters unless it does a better job presenting an economic agenda, and countering Republican efforts to spread misinformation, and tie all democratic candidates to the far left.”  OK, no bias there!  If the Democrats are doing something it’s “presenting an agenda,” while Republicans are “spreading misinformation.”  Further on, we get the same again: “In 2020 Republicans succeeded in misleading voters…”

We’re told that the report may stir skepticism from some quarters because of the involvement of “Third Way” which much of the left regards with hostility.  Well, if the Democratic party views someone that wants to find cooperation between the two parties, instead of dogmatic obedience, uh, maybe they ARE far left?  The whole article, while seeming to be a warning to the party that “hey, you’re starting to drift so far left that you’re losing your base” actually comes off as “well, there are folks that don’t understand how correct you are, so you need to tone down the rhetoric a bit until after the elections.”

Then we have Manchin, (Senator, D WV)  who’s saying that he won’t support a removal of the Filibuster, and won’t support anything that can’t get a single Republican vote.  This has made him an enemy of the people, in the eyes of the leftist press, and in the eyes of most of the Democratic party.  The sad thing is that he’s probably doing the biggest possible favor to the Democratic party since FDR kindly died.  Getting rid of the Filibuster, if you could do it, would take about 3 months.  We’re only about 9 months from campaign season, and just over a year from an election that even the uber left rags admit is probably going to be a democratic massacre.

You would think that the idiots would have learned the last few times that they removed things that protected the voice of the minority… Every time they do that, they then lose the legislature, and the Republicans, who were supposed to be the victims of the piece, proceeded to take this nice new bat the democrats made, and beat them with it.

Remember all the anguished cries when the Republicans pushed through a shit load of judges?  I remember.  What made it possible? The Democrats removed the 2/3 requirement to approve judges.  Did they learn? Oh no, they then used the same card on the SCOTUS, but it was too late to take advantage of it, because the folks they were hoping to have retire refused… they wanted to wait for Hillary to be elected so she could appoint their successor… A person could (and did) DIE while waiting for that hag to get elected.  You would think that two such errors in a decade would have taught a lesson.  And it did, to Manchin, but not, seemingly to the rest of the usual suspects in office.

Speaking of the Supremes, they just spanked the DNC hard.  When Elena Kagan, arguably the most liberal member of the court, writes the decision for a UNITED court that “No, there is no path to green-cards and legal residency for someone who came into the country illegally, and it doesn’t matter that we later gave him temporary asylum, he’s STILL ILLEGAL, and just because we didn’t want to send him back to a probable execution for no reason, doesn’t mean that he gets to live here forever!” This was a very important case for the DNC and they had pulled out all the stops.  It was in vain.  In part, I suspect this was a shot across the bow, against the plans for packing the court.  They just said: “Hey shitbird, bringing it to 12 justices won’t be enough.  We recognize what the law is, and we will make it clear that you mess with us at your own risk… want to try for 19 judges?”  This decision may have just killed the idiocy of Supreme Court Packing.  We can hope.

They also refused to hear an argument that the Draft was prejudicial because it was only for men.  The Court has always been reluctant to weigh in on something still being dealt with in the legislature, and rightfully so.  The legislature MAKES laws, the court decides if they’re legal or not.  I think they made the right call.  Not because they shouldn’t require women to register for the draft, they most surely should.  (You want equality, babe?  You demand to get to do front line combat shit?  OK, be careful what you ask for!)  There are bills before the house and senate that would decide this, the court needs to stay out of it, until those bills are decided.

Finally let’s talk about the collision of the SF community with the courts.  A few years ago (2018) a right wing Science Fiction author, Jon Del Arroz (who is considered an “old white man” by the leftist fanatics that run most of the SF cons today) (I think he’s in his mid to late 30s, and yes, as his name implies he’s as Hispanic as Che Gevera) went to World Con 76 in San Fran.  There had been a lot of talk, and there were quotes from the large number of “progressives” on the World Con board such as “For the Nazis threatening to disrupt WorldCon 2018 on Saturday.  Many people, including me will be escorting attendees into the building, you will each individually be watched, filmed and photographed. Those photos and videos will be uploaded immediately, you will be known.”

Well, Jon decided to wear his own body cam, just to make sure that selective editing didn’t go on.  He was literally given death threats, if you show up we’ll kill you.  WorldCon banned him for saying he was going to wear a body cam.  Then they went on their web site and said that they were removing him to remove “Racist, bullying elements from our Con.”

Jon sued.  June 4th the decision came down, and with it a court ordered public apology from the chair of WorldCon 76, and damages.

The apology is a mealy mouthed bunch of shit, that tries desperately to apologize without admitting that they did anything wrong… Still it must have hurt, and considering how desperate the funding situation for WorldCon has gotten, (they’re about at the point where they could have the con at a big Denny’s) the $4,000 in damages probably hurt worse.

I’m not a huge fan of Jon, some of his stuff I really like, some of it is almost as preachy as some of the stuff from the left… And yet, I can’t help but cheer him on, if for no other reason than to rub the leftists’ nose in their double standards.  Hispanics are fine, as long as they support us, and cameras are fine, as long as we control them.  If we don’t have control, that’s a no go, comrade, WE control the narrative, don’t you understand?

Well, it seems the courts don’t understand.  Sorry comrade, but your dogma got run over by my Karma.

I’m writing this a day early, because when I should be writing my piece, I’ll be out with my wife on our 25th anniversary dinner.  You folks stay safe out there, and keep your head on a swivel.