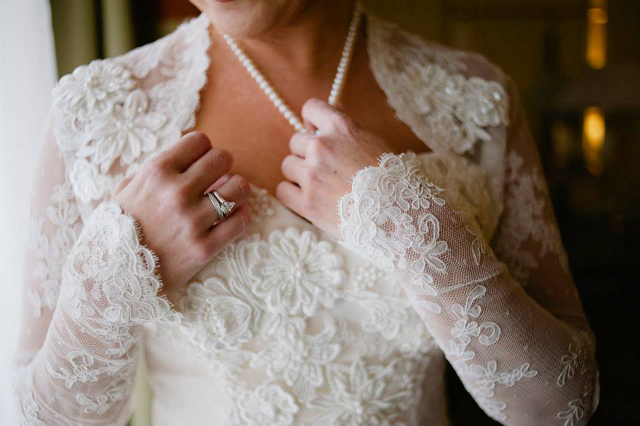 Have a seat, and pour yourself something, this week is a real mixed bag.

OK, first I have to mention it, I do not like this cancel shit, I do not like it, NOT ONE BIT.  Look, it’s getting blown a little out of proportion, in that they’re only canceling something like 6 of over 60, of Dr. Seuss’s works, so it’s only ten percent… But let’s think about the need to cancel 10% of the most beloved children’s author’s in history.  I mean REALLY?  Frankly, I always found him to be a little too far-leftist for my taste, preaching about how we can’t cut down trees, or harm any living thing… and yet he’s now receiving his two minutes of HATE, for being a racist…

Have you read his stuff???

The folks in the cancel culture had better do some hard thinking.

because if they can come for The Cat in the Hat,

they can come for your Fat Ass in nothing flat.

Someone tell me when in history was the side that was burning and banning books EVER the good guys?  I’ll wait, go on. Anyone? Anyone? Buller?  Uh-huh… thought so.

My favorite set of idiots, the New York Slimes, specifically David Leonhardt, in “The Morning” are losing their minds and clutching their pearls at the thought of the aforementioned states removing or never having instituted a government mandate that all people must wear masks at all times. (Leonhardt translated is “lionheart”… I’m sure his ancestors are rolling in their graves)

He quotes Dr. Peter Hotez of the Baylor College of Medicine in a Houston Chronicle article: “I would recommend holding off. Let’s wait another two weeks.”  Listen: Dave, and Peter (may I call you DICK? Well, I’m going to anyway, Dick.) a fucking year ago, we were told: “two weeks to flatten the curve.” I remember that, even if no one else does… So, you can take your two weeks and suck it. Then there’s President Biden who calls getting rid of mask requirements “neanderthal thinking.” Shit Joe, at least they’re thinking, and not saying whatever the hand shoved up their ass and moving their mouth wants.

1) this country is NOT one size fits all.  What might make some semblance of sense in NYC, or downtown Houston, is totally ludicrous in Midland, or fifty miles outside Fredericksburg, so quit trying to dictate to the whole damn country based on what makes sense in that horrific rat warren you chose to live in.

2) What if I told you that you can wear a mask, without the state or federal government ordering you to under penalty of law?  I know that’s a bitter pill to swallow, but people can CHOOSE to do what they feel is needful for their safety. They don’t need the hand of Big Brother forcing them to “do what’s best for them, whether they like it or not.”

Just like reading what you want and being your own judge of what is and is not appropriate for your kids or your library, so too can you make health decisions for yourself…

Yes, I know, these are radical ideas…

But they’re the sorts of radical ideas this nation was founded on, you rat bastards.

On the other hand, I have to give a tip of the hat to the EU.

OK, pick your jaw up off the ground, I’m serious.  I’m a firm believer in acknowledging the good, even when it comes from the most unlikely of sources, and for the EU to get something right is a damn miracle, but it happened.

According to Frank Jordans of the AP; in an article buried on the third page at the bottom of the Seattle Times for Tuesday the 2nd of March, the EU actually got something right for a change.

They passed a law being called by some, the “Right to Repair”.  It seems that if you are going to sell most electrical appliances in Europe now, you MUST make them repairable.  Hair drivers, TVs, Washers, etc, et al… you have to make them dismantlable with normal tools, you must provide an owner’s manual that includes repair instructions, and you must make parts for that sucker for ten years.

The article gets into a lot of the nitty-gritty of the law, discusses “repair cafes” that are springing up, with handymen on duty 24/7 to help you figure out how to fix the thing, and a lot of other details about the likelihood that companies are designing items with built-in obsolescence.  In Europe, they average 35 lbs of electrical waste per man year.  This law is aimed at reducing that waste, a goal I support, allowing the owners of durable goods to get decent longevity out of the stuff they’re spending hard-earned ducats for, another goal I support, and when the thing dies, make it easier to take apart for scrap: another idea I can get behind.  (hey copper is expensive and valuable, but if they welded the damn thing together so that you can’t get it out without a saws-all, it becomes uneconomic to scrap, you fill the landfill while wasting good recyclable materials. That’s just STUPID.

Yes, it may make the product cost a little more.  Here’s the thing:  Terry Pratchett once pointed out a basic lesson in economics in this manner: A rich man pays less for boots than a poor man.  What’s that you say? “The rich man pays $100 for a pair of boots, while the poor man pays $20.”

Why right you are good sir, BUT the rich man’s boots last him five years, and the poor man’s boots wear out in six months.  So, at the end of five years, who paid more for boots?  Not to mention that the $100 boots won’t give him blisters and bunions.

One secret to life that I learned a long time ago, and that I now offer you, free of charge: Buy the best you can afford, use it until it costs more to fix than to replace, then repeat the process.

NO dunderhead, that does NOT mean I’m telling you to go out and buy a brand-new Volvo, or BMW unless you can afford it, and that style of vehicle meets your needs.

I’m telling you that it’s better to scrimp and save for a few extra months and buy that five-year-old Subaru that Consumer reports said is good for 250,000 miles without blinking, rather than buy the three-year-old Yugo that you can afford now, but is going to wear out in 70,000 miles.

Now, back to this new law. The article goes on to say, near the end, that this law or versions of it, are being considered by various state governments.

Look, here is a law that we have COMMON GROUND on.  Let’s get behind this shit!  This is a great idea whose time came long ago. It’s awful damn seldom that I support anything that the eco-nuts support, so you gotta know this is something special.  This should be national.

Write your congressmen, here’s a win you could get everyone behind, except maybe the manufacturers that are actually building in obsolescence, and honestly, most of them aren’t making their products here, they’re making them somewhere in Asia.  So, that gives us another win, we get to put a stick in the eye of China while doing good for the American consumer, and for the environment.  Seriously, how often do you get a three-fer like that?  This needs to be a thing.