Chicken of the Sea Revisited 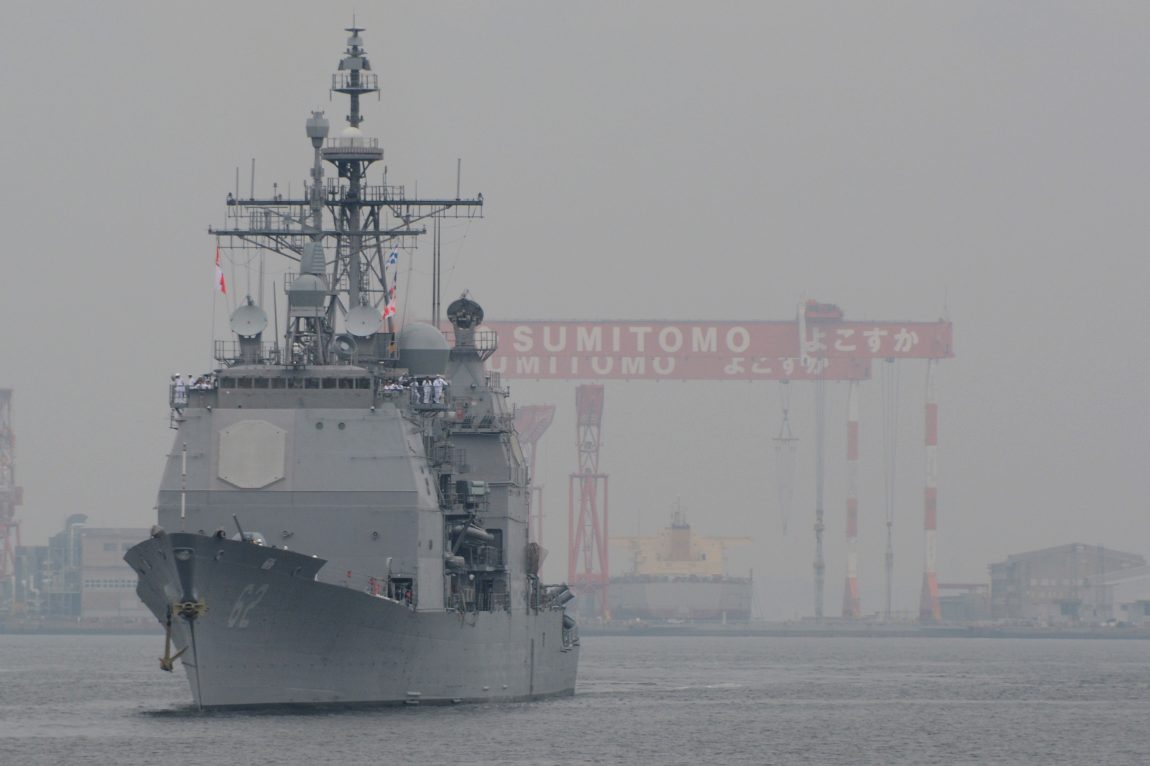 Here’s a cuppa, pull up a chair.  Back in October of last year, I ran a piece on “chicken-of-the sea”, because China played that particular game with us.

In case you don’t remember Chicken-of-the-sea, that’s much like the school game of chicken we used to play, as teenagers with our cars… Who’s going to veer off first?  In that version, failure to have one side chicken out and swerve leaves you with a dead teenager or two, and a couple ruined cars, at worst.

At sea, it’s a little more expensive.  Not sure what the going cost of a Udaloy I class destroyer is these days, but a Ticonderoga class CG is roughly a billion bucks.  That’s just the hull. The crew is priceless.

It looks like “new Russia” is taking a page from the “old Soviet Union” … Over the past week, Russian Naval Forces have played the game with us twice, once with ships, and once with aircraft.

The Ship issue was in the East China Sea, the Admiral Vinogradov, a Udaloy I class tried to ram the Chancellorsville, a Ticonderoga class second flight.  A Russian fighter jet in the Mediterranean also tried to ram a Navy P-8A a couple of days before that.

The cost of the ships is minor though, compared to the reality that this is how wars start. Don’t look now, but these guys happily want back the worst days of the cold war.

I’m guessing that they firmly believe we’ve lost the sack to stand up to them.  That’s a really bad bet. I think they might still be under the perception that President Obama, the King of the apologists is still in charge.

Hate to break it to Russia, and China, but Obama is gone, and Trump is a different animal.  He is just enough of a hot-head that if you push him too far, you’re liable to find out just how unwilling to kiss your ass he is.

If I could tell the old communist allies one thing, it would be this: “Don’t push it, you ain’t ready for this shit.  China is trying to get ready, Russia used to be ready, thirty years ago, but that was thirty years ago, and they haven’t gotten anything new in that time.  We have, and while our navy isn’t as big as it was in the glory days of Ronald Regan, it’s still more than both of you together really want to mess with.

“It’s not something we will enjoy, and we won’t come out of it unscathed, but we will survive it better than you will.

“Yes, yes, I know you think we’ve lost our will, Argentina made the same sort of bad call against Great Britain, try and be a little smarter than the Generalissimos.”

No one sane wants a war, but there are some things worse than war, and one of them is showing that you can be bullied into something as a nation, because, in the words of Rudyard Kipling, “Once you pay the Danegeld, you never get rid of the Dane.”

Stand by, life can become interesting on a moment’s notice.  Keep an eye on the world around you bad things could be coming back in fashion.