Charlottesville, and the Continuing Threat to American Peace 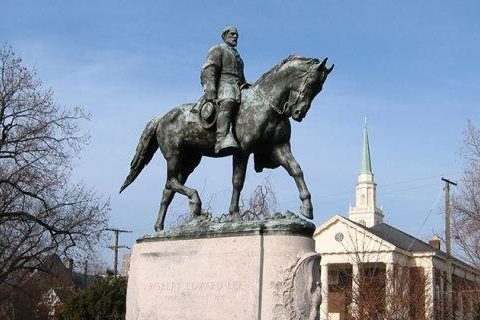 Welcome back to the scuttlebutt. Last week I was so bogged down with my day gig, that I didn’t have the brainpower left to do a new article, so I ran one that had been setting in the que.  Little did I realize what the weekend would bring.  So, we’re going to talk about that stuff a little more.

Over the last dozen years or so, I’ve talked at length about the balkanization of America, and the seeming desire to start a civil war.  Well, it seems like someone has been listening, but sadly they’ve taken all the wrong lessons. My belief has been that if we went to a Civil war, it would not be a two-sided conflict, like our last two (the one in 1861-1865, and the one in 1765-1783.  Yes, that was a civil war.  The only difference is, the rebels won, so it’s called a revolution) I looked around and predicted that it would go about 6 to 8 ways.  Well, it seems like people are desperately trying to make it a strait up two-sided conflict.

Now first, since it seems like if it’s not spelled out in bold letters and exclamation points, it’s not emphatic enough, (and even if it is spelled out in all caps I’ll still get accused of it) I am not a Nazi or a Nazi sympathizer. My family sent several of my uncles off to fight the Nazis and the imperial Japanese.  Likely, I had distant relatives in the camps.  (of course, likely I probably also had distant relatives in Wehrmacht grey, but that’s the nature of having German ancestors.)  I grew up less than 100 miles as the crow flies from Skokie IL. And I remember quite well the anger I experienced when the ACLU defended the rights of the Nazis to march on Skokie.  That was 40 years ago.

I’ve learned a little since then. I’ve seen how the denial of rights to the most despicable and mean, (in the definition of “poor in quality” or “inferior” not in the definition of “he made me cry”) the worst scum of the earth, makes it then easier to deny those rights to those that are just stupid and foolish, then to those that just disagree, until the only rights left are those the state chooses to give out, like membership cards, to those that it approves of.  That’s what happened to Venezuela, it’s what’s happening to Spain, it’s what’s happened to most of the middle east.

The only way to not wind up at the bottom of that hill, in the cesspool wallowing around with the sewage, is not to put a foot on that slippery slope.  Therefore, I’m forced to say that the NeoNazis, and the KKK have as much right to organize and speak out as the young Republicans, Mom’s garden club, or the New Black panthers, or any other organization on either side of the national discussion.

I rather wish they wouldn’t have spoken out on the subject of the destruction of Civil war memorials.  Primarily because they taint the damn argument.  It’s nigh on intolerable to be on the same side of the argument as those stupid bastards.  And yet, here I am.

If Germany can keep Buchenwald and Dachau as memorials to remind us all of what it was all about, I think we can keep some statues.  Further, the argument that “the civil war was all about slavery, so we need to blot those evil bastards from the face of the nation”, is like trying to explain all economic theory with a one picture meme.

Yes, Slavery was A factor, there’s plenty of quotes by politicians from the south, that make it clear that this was one of the reasons for the war.  But to say that it was the only reason, is like saying that the only reason WWII was fought was that Hitler hated everyone.  It’s way too simple to explain the situation.

States’ rights, including the right to leave the union was a significant portion of it, and the concept that one’s allegiance was to their state and only after to the federal government was a huge issue. Honestly, if the idiots had taken it to the courts, instead of opening fire on Ft. Sumpter, they would have had a good chance of winning.  But here’s the thing, once it goes to shooting, the courts are done. Whether you’re indeed a sovereign nation who has now attacked your neighbor, or whether you’re a section of the country in revolt, you’ve taken it out of the courts and on to the battle field.  That’s irreversible.

The whole argument of whether we’re a group of sovereign states who have formed a nation, or a nation formed from formerly sovereign states is in fact, why an American war hero, who was offered the position of general of the grand army of the Potomac, ended up fighting on the other side. Yes, I mean R. E. Lee.

I’m not a huge fan of Lee as a general, if he had fought a smarter war, (if he had fought like Sherman, for example, who introduced modern war with his march to the sea) Lee could have won the darn war, and we would have two separate nations where there is now one.

This was one of the huge cognitive failures of the South (along with the failure to realize that they had to win fast or not at all, and the issue of divided command) they were too tied up in the “nobility” of war, and fighting a “gentleman’s war”.  Not to say that there were not war criminals under the southern flag, there sure as hell were, and under the union flag as well. (Cough Bloody Bill Anderson, cough Camp Douglas cough). But, Lee, after first Bull Run/first Manassas could have burned D.C. to the ground, and gone north cutting and burning as he went.  Much like Sherman did.

All in all, I’m glad that he lost, but understand that I don’t think he was all that. Still, he was, based on ALL reports, an honorable man, that tried his best to do the right thing as he saw it.  Frankly you can’t ask for much more. Where one person sees a slave holder, who supported the slave south, another sees a noble man, a product of his times, who lost a war because he was too noble to do what was needed to win.  The guys that see that second version also wonder “if today Lee, who tomorrow? Jefferson owned slaves, so did G. Washington, are they going after them tomorrow?”

This is the backdrop for the exchange at Charlottesville, one group, full of people that I despise the values of, were protesting to keep the statue, while another group of people that I despise the values of, want to destroy it.  We have statues of Lenin and Engels in this nation.  A pair of ideologues at who’s feet we can lay more deaths than any other concept in history.  Conservative estimates place the deaths directly due to communism at over 100 million.  To put that into perspective, that’s one in three people in the US, or one in five of the entire population of Europe.  If we can leave their statues up…

But that’s more the background than anything else.  Both sides showed up ready for a fight.  The Antifa, and the BLM and IWW troops (which it’s worth noting did NOT have a permit) were lobbing balloons full of urine and feces, rocks, and bottles at the cops and the Nazis, KKK, et al, which DID have a permit, while the cops were ordered to ignore it.

Sometime during this complete and total clusterfuck, a guy, who it is coming out may have been one of the Anitfa, gets in his car to drive off, and is mobbed by the above mentioned Antifa, BLM etc, who proceed to start whaling on his car with bats and clubs.  He tears out of there, whether in anger or fear, and puts several people in the hospital and one in the morgue.

He’s been arrested, and he’ll get his day in court.  I’m not going to make a call on his guilt or innocence, that’s for the jury. I will say that if I found myself in the middle of a crowd taking bats and clubs to my car, and telling me they’re going to kill me, I would be hitting the gas, or grabbing a gun.

It’s funny.  For the entire time, we’ve been dealing with what some of the smarter military experts are calling “the long war” against radical Islam, we’ve been told that attacks, and/or rhetoric against Islamic people create the very enemies we are having to deal with, and the more we attack them, the more radicalized they become.  Yet the same people that say that can’t seem to see the corollary when it comes to their attacks on “whitey”.

Folks, there’s roughly 70 to 80 million gun owners in this nation, at minimum.  There’s at the FBI’s best guess, 250 million guns in the US. There’s a total of 36 million black citizens as of the last census. (that’s about 13%) You do not want to make this a race war. PLEASE. I’m coming to you with tears in my eyes, begging you, DON’T make this a race war. You can’t win, and I don’t want to live in a country that went through that. We would not survive as an American nation.  You would lose, but in doing so you would destroy the country that I love, and whatever rose from the wreckage wouldn’t be a place I would want to live.   For the love of whatever you hold dear throttle down the rhetoric.  There are places where racism still exists in this nation, (hell, there are places where it still exists in every nation, you want to see real racism go to Japan) but our courts are clean, at least at the federal level. (yes there’s probably some peckerwood counties that still have delusions that it’s 1955 and they’re George Wallace, for gods sakes, move out of there. Likewise, there’s places I couldn’t get a fair hearing, because I’m white. I don’t live there.) Take the shit to court!  Don’t make it a war, because as I mentioned at the start of this, once it goes to the battle field, that’s irreversible.  You can make omelets from eggs, but you can’t make eggs from omelets.

I’m signing off for the week, and I’ll try to find something lighter to discuss next week.  Until then, stay safe.